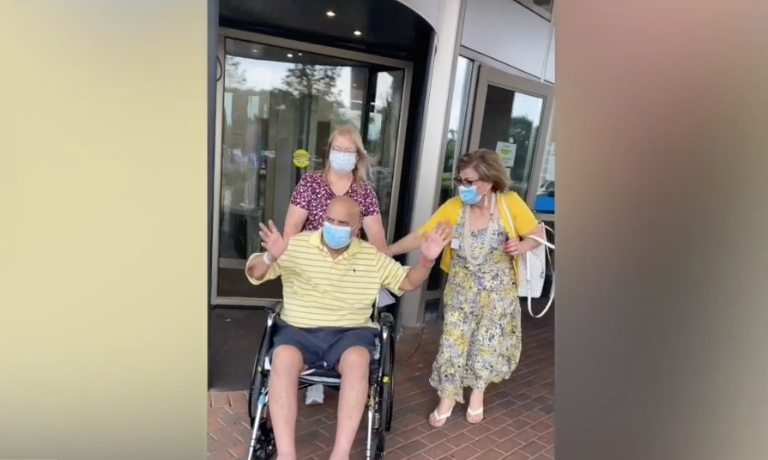 A remarkable story of recovery. A man from Warren who spent months fighting COVID-19 was finally released from the hospital after months.

(WXYZ) — A remarkable story of recovery. A man from Warren who spent months fighting COVID-19 was finally released from the hospital after months.

Zahid Raza was released Friday where he'd been since March fighting COVID-19.

He said he still has lasting effects like wheezing, and because of the virus, he's also having problems with his kidneys.

Zahid went into Beaumont Hospital in Troy on March 30 because he couldn't breathe. He said one of his last memories was hearing medical staff say they were using the last available ventilator on him.

He spent the next several weeks in a coma – even his 65th birthday. Finally, his wife was allowed to visit.

Zahid said he has to learn to walk and move his muscles again, but he's just thankful to be alive.

He said he has now made the decision to retire and spend more time with his family.