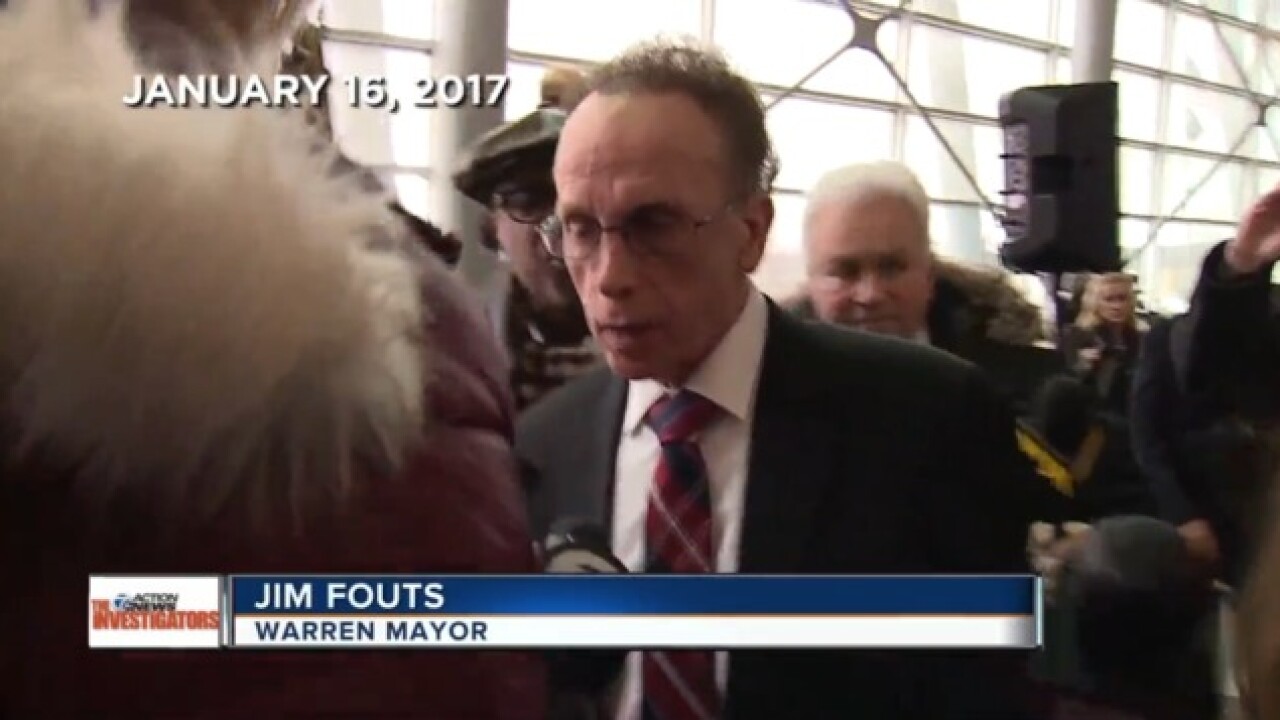 After a year and a half long investigation, the Michigan Secretary of State has determined that Warren Mayor Jim Fouts and his Public Services Director Richard Sabaugh violated the Michigan Campaign Finance Act.

The violation centers on a State of the City speech Fouts gave in 2016 that turned into a fundraiser for a Political Action Committee with connections to Fouts.

The complaint was made to the state by Leon Drolet in January 2017.

Fouts and Sabaugh responded during the investigation that $713 in city resources and staff were used to put notices of the event in Warren city water bills.

The letters from the state say they can settle this with the state by reimbursing the city a total of $761.90 to avoid a referral to the state attorney general for additional prosecution and a hearing where fines could be imposed.

According to Fouts, he did not plan the event and said Sabaugh will be reimbursing the city to resolve the issue.

Fouts said he is not responsible for this and instead said it was his public works officials. He said he did not know his 2016 speech was a fundraiser for a political action committee until after. Fouts added that it has not and will not happen again.

Sabaugh tells 7 Action News this was his mistake and he will reimburse the city out of his own money.

He says he and Mayor Fouts found out this was a violation when the complaint was filed with the state.

Mark Liss, treasurer and spokesman for the Committee to Restore Accountability in Warren issued this statement urging Fouts' and Sabough's resignation:

“Mayor Jim Fouts and his top appointee Richard Sabaugh should resign immediately. The use of city resources for political activity violates state law and the city of Warren Code of Ethics. There should be zero tolerance for this kind of abuse. Mayor Fouts has turned Warren into Scandaltown, USA once again.

Jim Fouts’ time is up. He now thinks city property is his personal property. After 35 years in office, and 11 years as mayor, he is no longer benefitting the city, he’s benefitting himself. Mayor Fouts is a repeat offender, as his re-election committee was previously found guilty of using city equipment in a complaint that I filed a number of years ago.

This is another reason that residents of Warren should sign our petition to restore mayoral term limits to 3 terms or 12 years in office. In another scam on the public, Mayor Fouts snuck a term limits extension on the August 2016 ballot to extend his term of office as mayor to 20 years. It barely passed, but now we have an opportunity to restore term limits to what the voters originally approve in Warren. When politicians stay in office too long, these abuses become more common.”