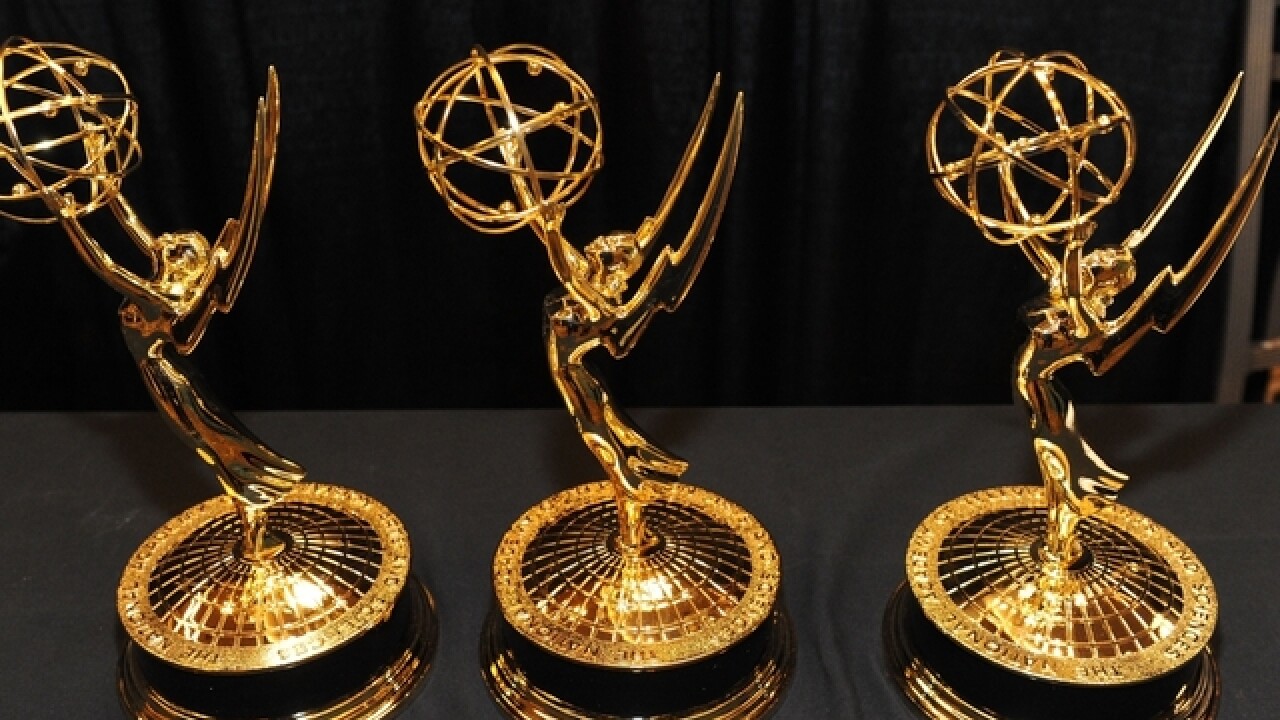 The nominations for the Emmy Awards have been announced.

You can rewatch the announcements in the video player below.

Here's the latest on the 68th annual Primetime Emmy nominations announced Thursday in Los Angeles by the Academy of Television Arts and Sciences (all times local):

The Emmy nominations for the top television drama and comedy series have been announced.

Each of the shows has its ardent fans, who will have to wait until Sept. 18 to find out which show will take home Emmy honors in a presentation hosted by Jimmy Kimmel and aired live on ABC.

"Game of Thrones" has received the most nominations for this year's Emmys.

HBO was top-nominated network at a presentation Thursday morning in Los Angeles. The network received 94 nominations.

"Game of Thrones" received nominations in the best supporting drama actor and categories.

HBO became this year's top nominated network because of shows such as "Game of Thrones," ''Silicon Valley," and "Veep."

The reading of the Emmy nominations has begun.

The nominees for best actress in a drama series include: Claire Danes, "Homeland"; Viola Davis, "How to Get Away with Murder"; Taraji P. Henson, "Empire"; Tatiana Maslany, "Orphan Black"; Keri Russell, "The Americans"; Robin Wright, "House of Cards."

The stage is set and the last sound checks are underway. The reading of the Emmy nominations is about to begin.

Actors Anthony Anderson of "black-ish" and Lauren Graham of "Gilmore Girls" are set to announce the nominees for the best performances and television shows in a variety of categories beginning at 8:30 a.m.

The 68th annual Primetime Emmy Awards will be presented Sept. 18 at the Microsoft Theater in Los Angeles, hosted by Jimmy Kimmel and airing live on ABC.

Reporters and industry insiders are gathering for the 8:30 a.m. PDT announcement of nominees for the 68th annual Primetime Emmy Awards at the TV academy's newly opened Saban Media Center in the North Hollywood district of Los Angeles.

Top categories will be announced in a five-minute webcast by Anthony Anderson and Lauren Graham, who will soon take the stage that is flanked with four large Emmy Award statuettes.

Reporters grabbed last-minute bites of breakfast and sips of coffee before the announcement while satellite trucks waited outside to beam the proceedings live. To get into the theater, reporters had to walk down a long hallway with a red carpet that leads into the expansive new space, which sports plush red chairs with armrests.

The Emmy Awards will be presented Sept. 18 at the Microsoft Theater in Los Angeles, hosted by Jimmy Kimmel and airing live on ABC.

"Game of Thrones" and "Veep" are among the top contenders for the 68th Primetime Emmy nominations.

The shows claimed the top drama and comedy series prizes at last year's Emmys. They'll find out if they made the cut when this year's nods are announced Thursday morning in Los Angeles.

Academy voters will get the chance to show if they can keep pace with TV's increasing diversity. Among the possible contenders include the TV sitcom "black-ish," the transgender comedy "Transparent" and the Asian-American family comedy "Fresh Off the Boat."

Viola Davis, who last year became the first woman of color to win for drama series actress, likely will be nominated again for "How to Get Away with Murder."

The nominations will be announced live on Emmys.com at 11:30 a.m. EDT.