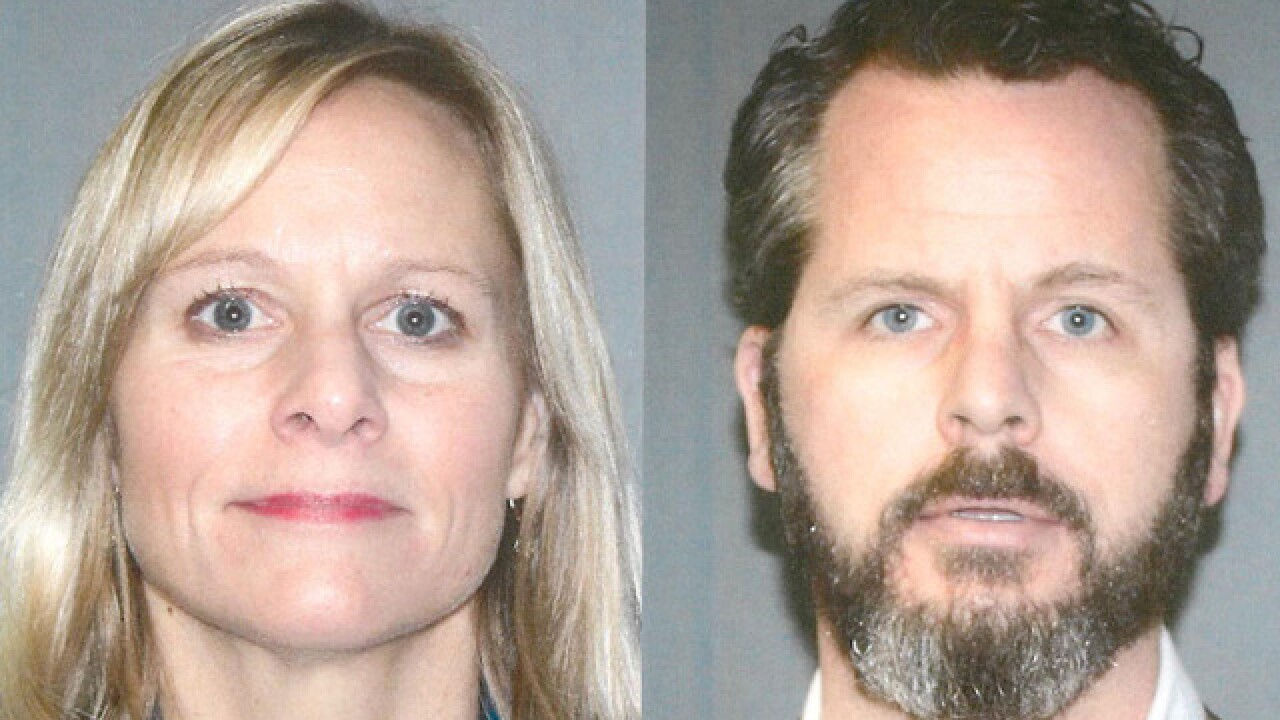 An aide testified Wednesday that a former Michigan lawmaker asked him to send an outlandishly false email to fellow Republicans as a ruse so his extramarital affair with another legislator would not be believed if it became public, but the staffer refused because he thought it was unethical and possibly illegal.

Benjamin Graham said he secretly recorded the meeting with then-Rep. Todd Courser in May 2015 because he feared for his safety after Courser had left him a voicemail asking to help him "destroy" himself.

"It was a very uncomfortable situation. I felt trapped there" in Courser's law office, Graham testified on the opening day of a preliminary examination for tea party conservatives Courser and ex-Rep. Cindy Gamrat.

The proceeding will determine if there is probable cause for them to face trial on felony charges of misconduct in office stemming from a legislative investigation into the cover-up attempt.

The state attorney general's office accused them of lying during a House Business Office probe and having staff in their combined office forge their signatures on bills ready for introduction. Courser, who is accused of soliciting Graham to send the bogus email, also faces a perjury charge from his testimony to a panel of legislators who recommended the duo's expulsion.

Gamrat was expelled from office in September — an extremely rare occurrence — while Courser resigned rather than be kicked out.

Courser has admitted to devising the explicit email that said he had been caught having sex with a male prostitute behind a nightclub in Michigan's capital city, in an attempt to make his real affair with Gamrat less plausible if it was revealed publicly by an extortionist — who turned out to be Gamrat's husband, according to a later state police investigation.

Graham, who was fired in July and has filed a whistleblower lawsuit against the House, gave the audio recording to The Detroit News — which broke the scandal in August. He also taped other conversations with the legislators.

"I was worried about what other things they may ask me to do that were at the very least unethical and quite possibly illegally," Graham said in response to questioning from a prosecutor.

Attorneys for Courser and Gamrat will question Graham in the afternoon.

The first witness called was Joshua Cline, who quit as an aide to the freshman legislators earlier in 2015 but became aware of the email when Graham called him after the meeting.

Before the probable cause hearing began, they testified that they admitted to misconduct before the House committee last year but with the understanding they would receive a censure and not face criminal prosecution. Their attorneys are trying to have that evidence tossed.

Lansing District Judge Hugh Clarke Jr. said he would conditionally allow the evidence in for now and rule later on its admissibility.