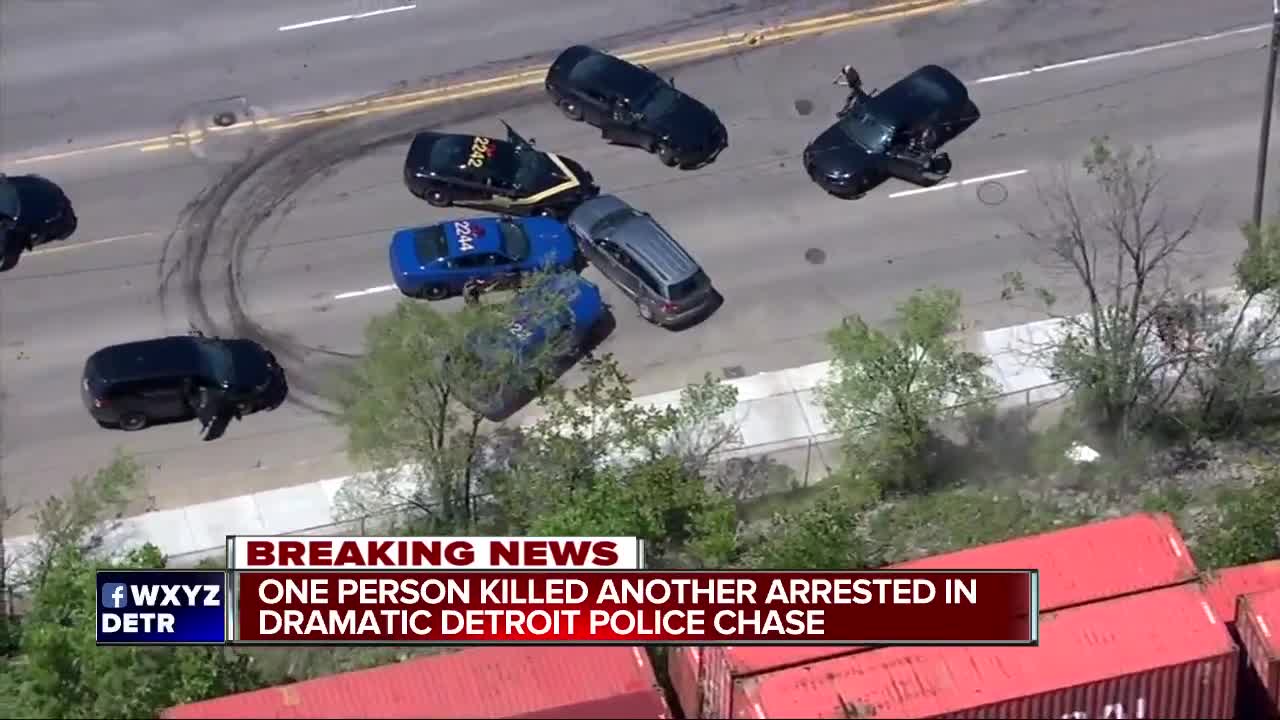 Michigan State Police and Detroit police have a suspect in custody after a wild chase through southwest Detroit Monday afternoon. 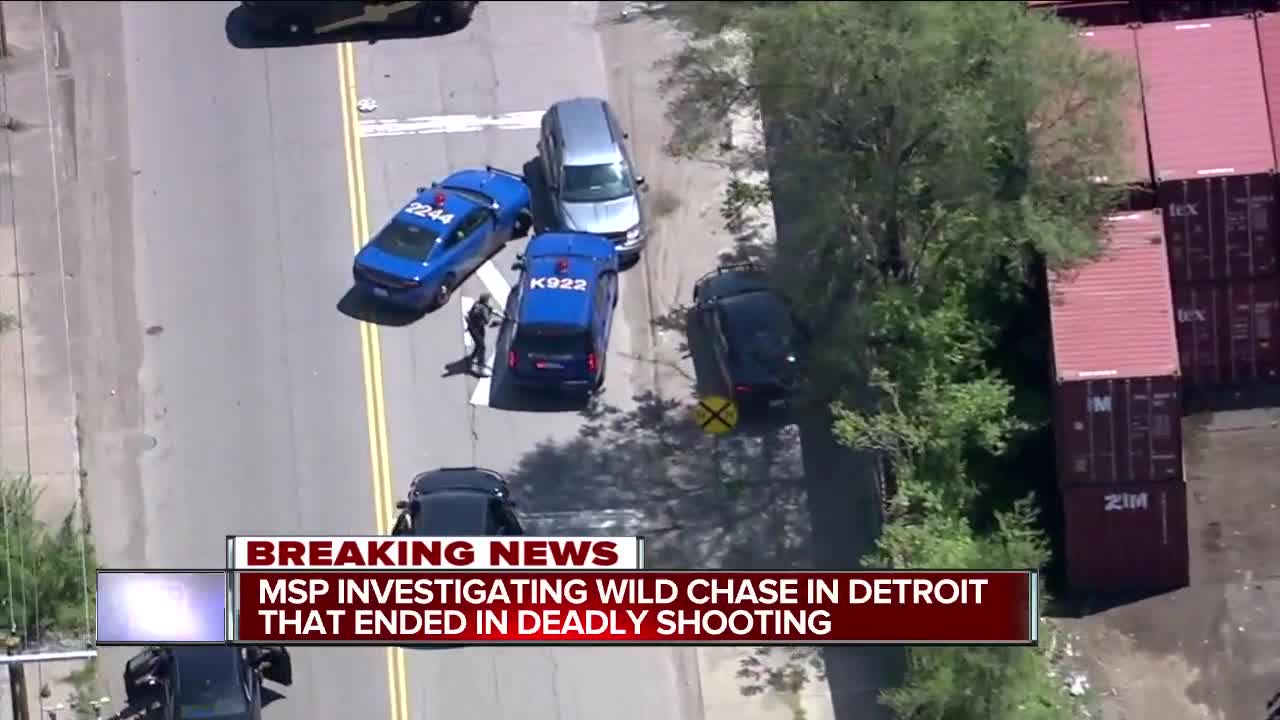 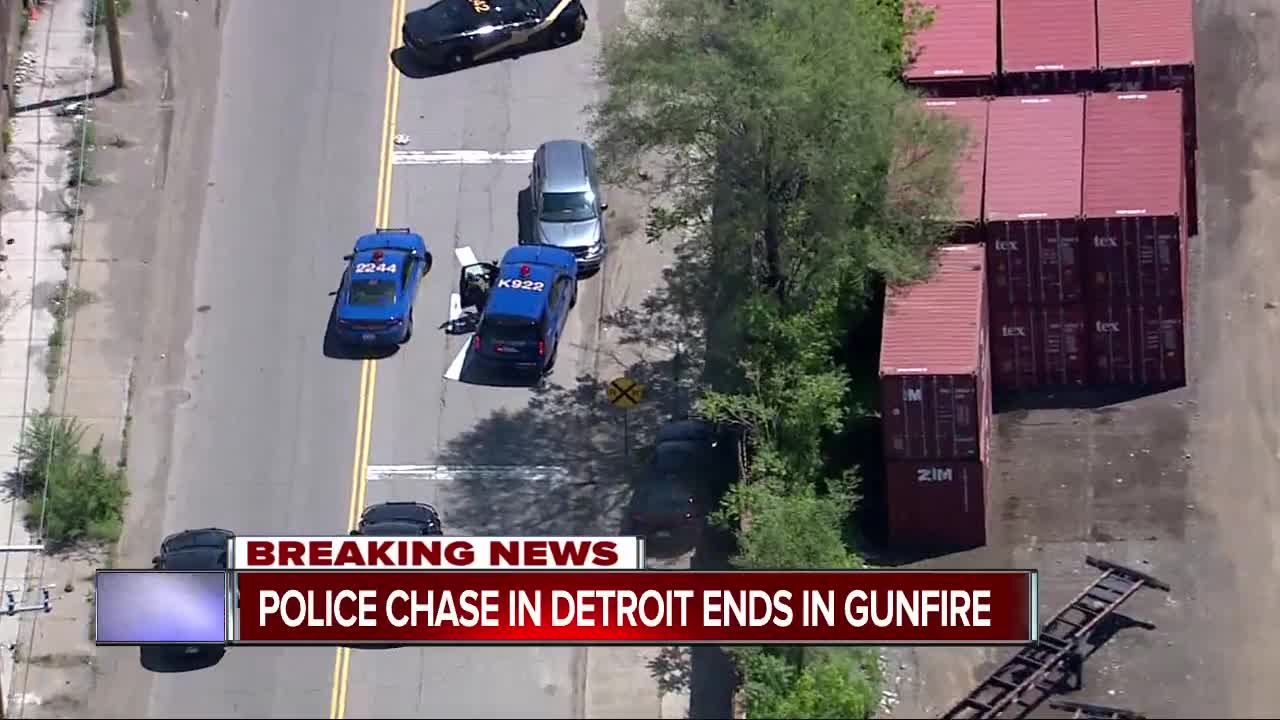 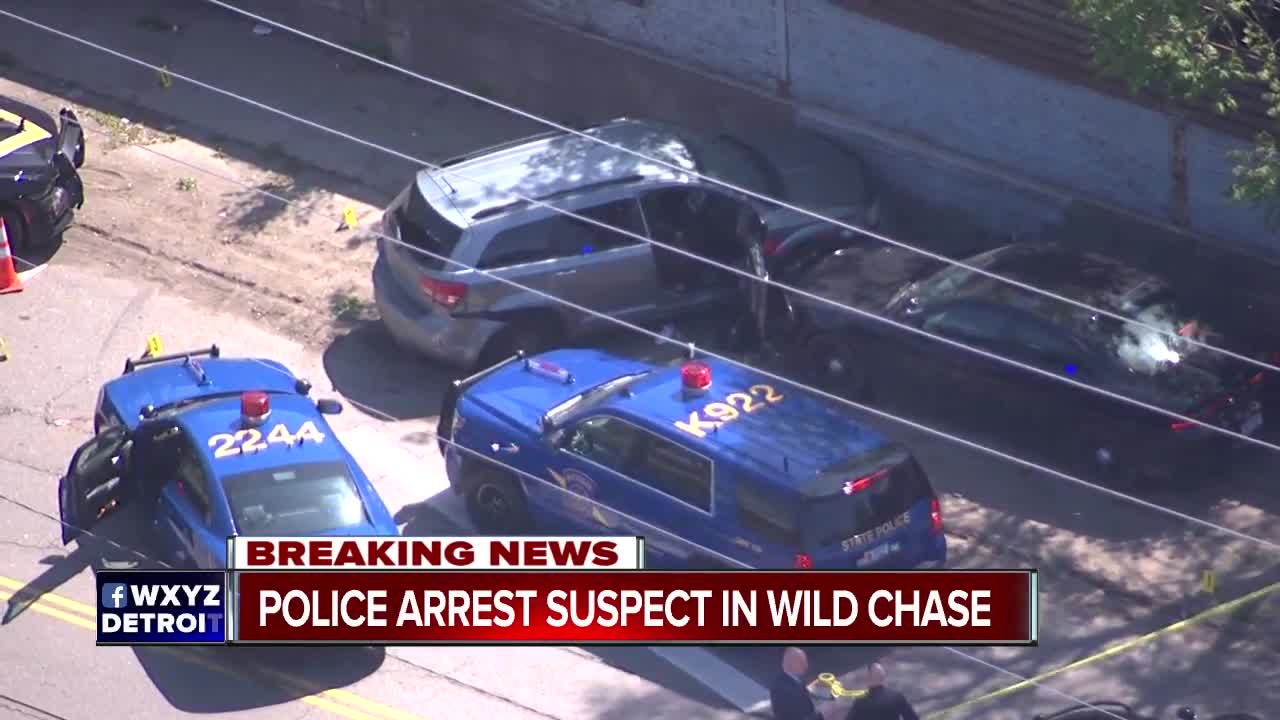 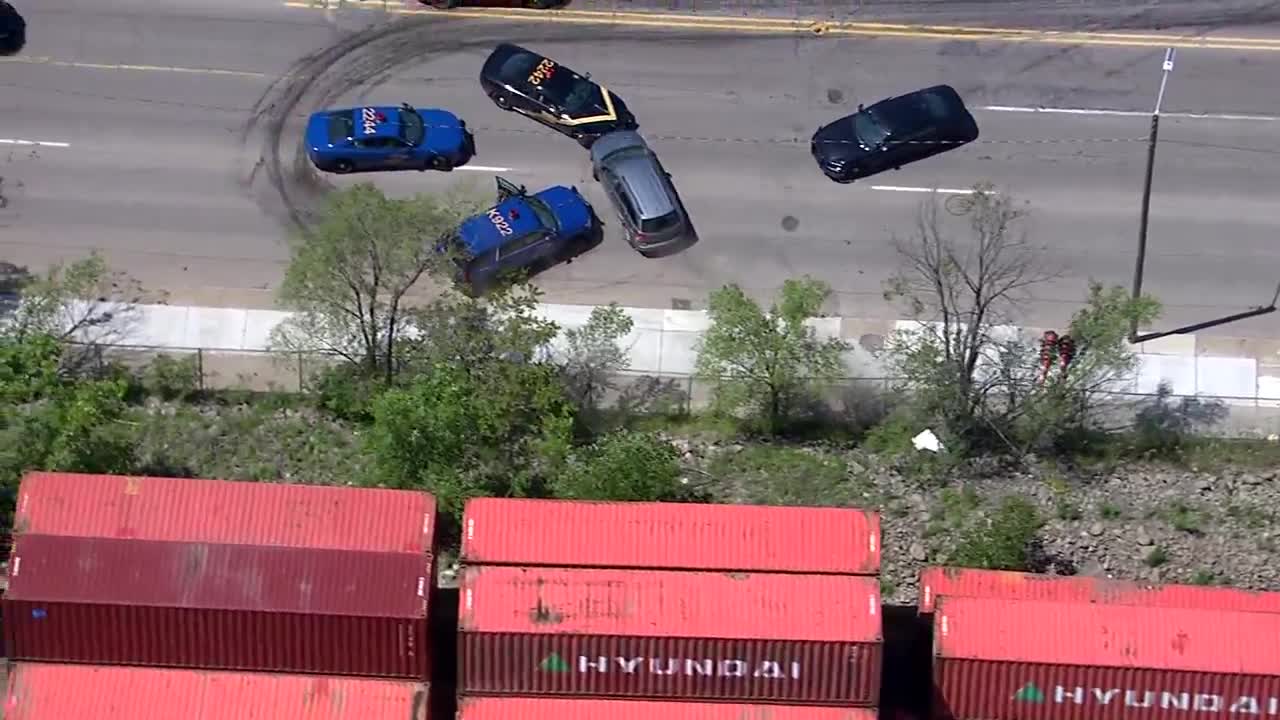 (WXYZ) — Michigan State Police and Detroit police have a suspect in custody after a wild chase through southwest Detroit Monday afternoon.

One of the people in the car was killed.

According to MSP Detroit, the suspect in the chase was allegedly involved in a non-fatal shooting two days prior in the city of Detroit.

The chase started around 2:30 p.m. on I-75 and police chased the vehicle on and off the highway. A street pursuit occurred near Westend and Fort Street.

Eventually, officers were able to pin him in, but the suspect continued to try and escape, even coming close to hitting officers near the vehicle. Officers fired several shots at the vehicle.

The suspect surrendered after sitting inside the vehicle for a few minutes.

Troopers and officers have gotten the vehicle stopped. The investigation is very fluid at this time. As the investigation continues and more details are put together by the Major Case Unit and more facts become available more information will be released.