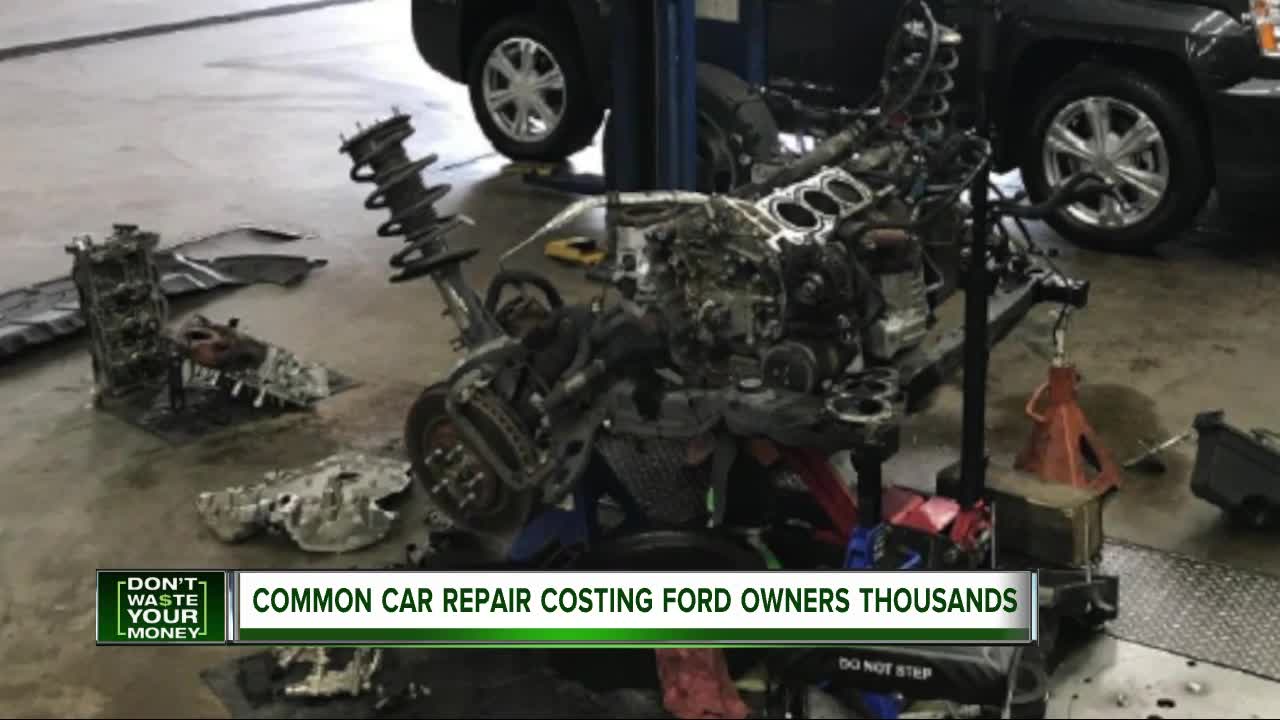 But on thousands of Fords, a lawsuit claims, that simple repair can cost as much as $5,000.

Lawrence Huckaby's 2011 Ford Flex is parked in a Milford, Ohio repair shop, in need of a very expensive fix.

"It started losing antifreeze, started overheating," Huckaby said. "I just thought it had a small leak or something like that."

But it wasn't a small leak. An inspection by a certified mechanic determined the water pump was failing.

Why it is not a simple fix

The problem with many Ford Flexes, Edges and a few other Ford vehicles is that the water pump is inside the engine, powered by an internal chain, not on the outside powered by a belt as with most cars.

William Cook, owner of Cook's Car Care, says as a result -- a simple coolant leak can seriously damage the engine since you may not know about the leak until it has gummed up the engine's internal components.

"So when they fail you don't get any warning until you overheat," Cook said. At that point, he says, your engine has been harmed, and can require a rebuild or even replacement.

"Instead of being a nice clean oil, it looks like a chocolate milkshake. It's a mixture of water and oil, and that's bad," he said.

With most cars a water pump is a simple job, and shouldn't cost you much more than $500 (on a Japanese, Korean, or American car).

But not if you have one of these Fords with a V6 Duratec engine, according to a class action lawsuit filed in late 2018.

One plaintiff in the case reports a $7,000 bill to replace his engine.

"I can't afford that," Huckaby said. Cook quoted him $3,000 to replace his engine, saying they could repair the water pump for $1,800 but were worried about other, unseen damage inside the engine that they could not guarantee.

CarComplaints.com says attorneys are asking Ford to help owners of Flexes, Edges and other vehicles with this particular Duratec engine (not all Duratecs or model years have the internal water pump).

But unless that happens, Huckaby says he can't get his Flex back on the road.

"I don't make that kind of money and with a daughter home disabled I can't afford anything like that," Huckaby said.

We contacted Ford, and a spokeswoman told us the company does not comment on lawsuits, however, she agreed to look into Huckaby's claim in the event the company has any goodwill program that can offer him any help.