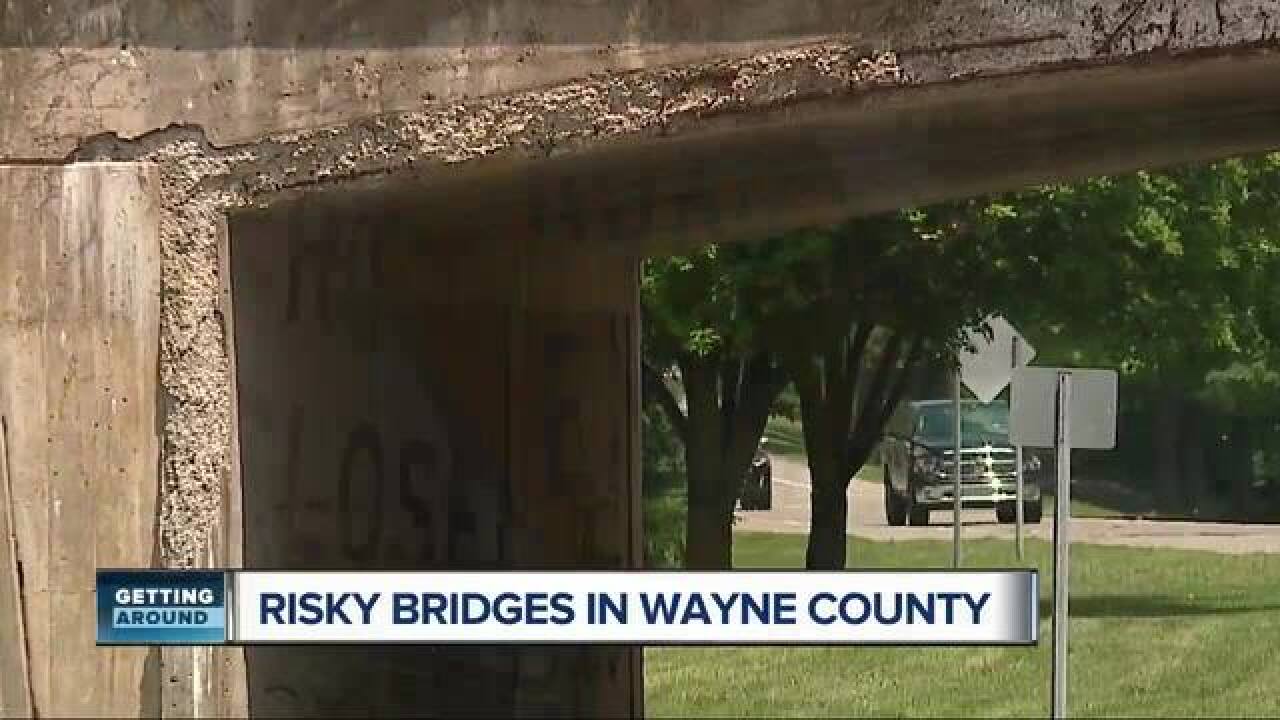 Wayne County announces it is closing several bridges as a result of a 7 Action News investigation found heavy vehicles were using the bridges despite weight limits.

After our investigation, the county said they will close the four bridges on Hines Dr. at 2 p.m. on Monday, June 25 for the installation of support beams. The closure estimation time will be announced at a later date.

A recent inspection revealed serious structural concerns, and in April, MDOT told Wayne County to shut down several of the bridges on Hines Dr.

On many of the bridges, the concrete is crumbling and rusting reinforcement bars are showing through; that means these 86-year-old bridges may not be safe.

“That can be breakdown that’s associated with age, associated with essentially environmental effect like changing of temperature from winter to summer,” said University of Michigan Engineering Professor Jerome Lynch.

While MDOT (on behalf of the federal government) has the final say over all bridges in the state, Wayne County is responsible for inspecting their 232 bridges. During the Hines Drive closures,  MDOT did a detailed analysis of the bridges and then told Wayne County’s Department of Public Services they could re-open them – but only with posted weight restrictions.

“When it was closed on that side for a while, I thought ‘oh good – they’re finally going to do some repairs.’  And then it was open a few weeks later, so it does make me nervous,” said Gina Ebener, who walks her dog often near the bridges.

So who’s enforcing those weight restrictions for the bridges?

The 7 Investigators saw school buses, box trucks, and even Wayne County’s own heavy trucks with equipment loaded on trailers blowing past the weight limit signs.

County officials claim the Wayne County weighmaster checks the bridges several times a week. But during multiple days of shooting video, we never saw anyone checking the bridges.