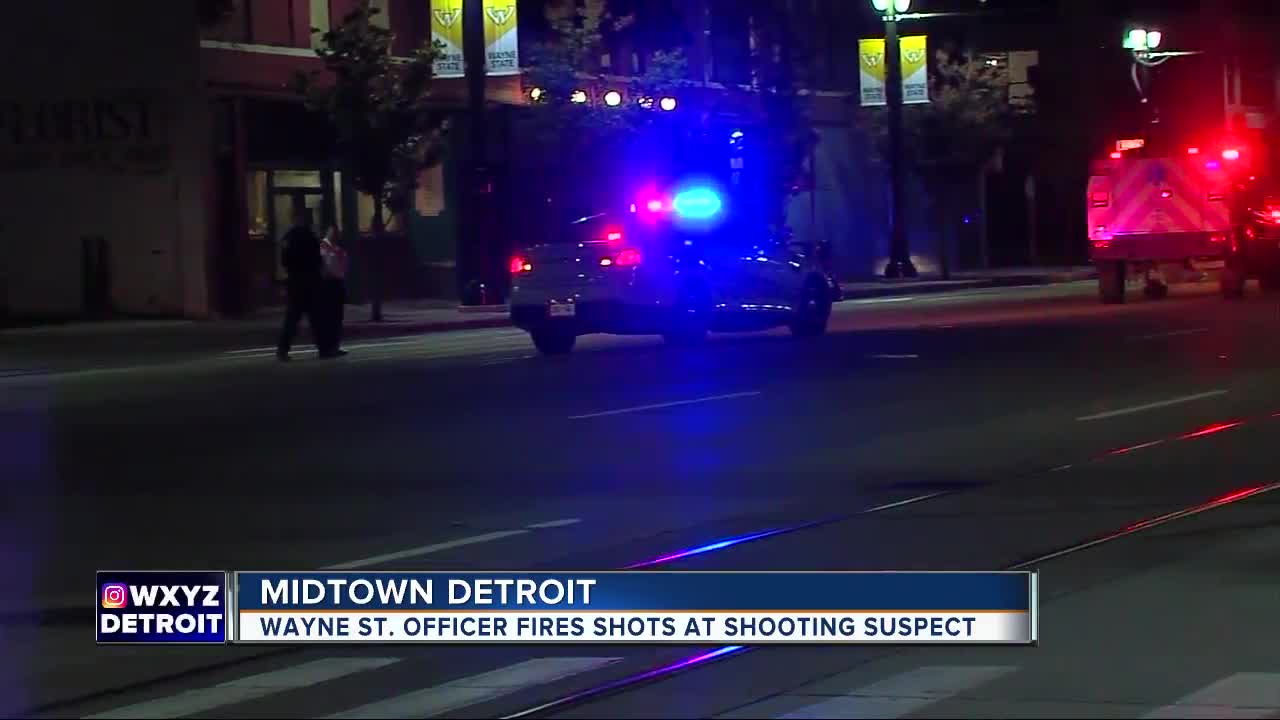 A Wayne State University police officer fired shots at a shooting suspect during a chase in Midtown Detroit. 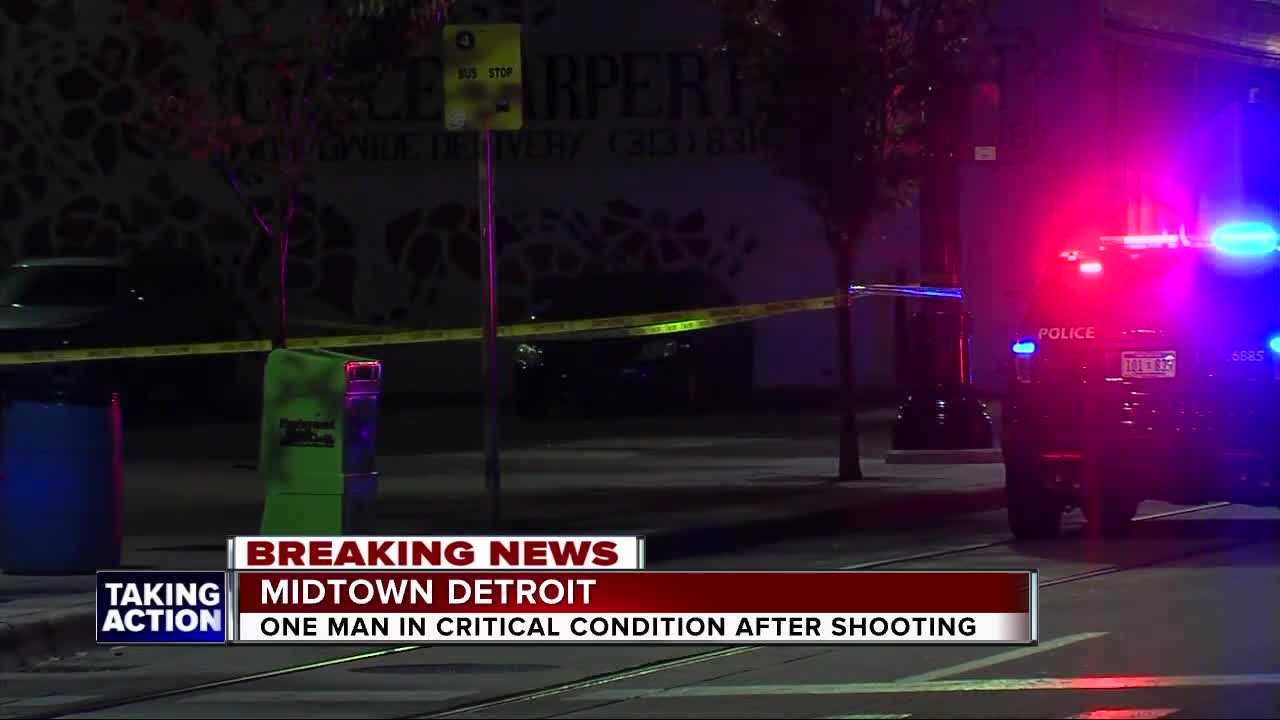 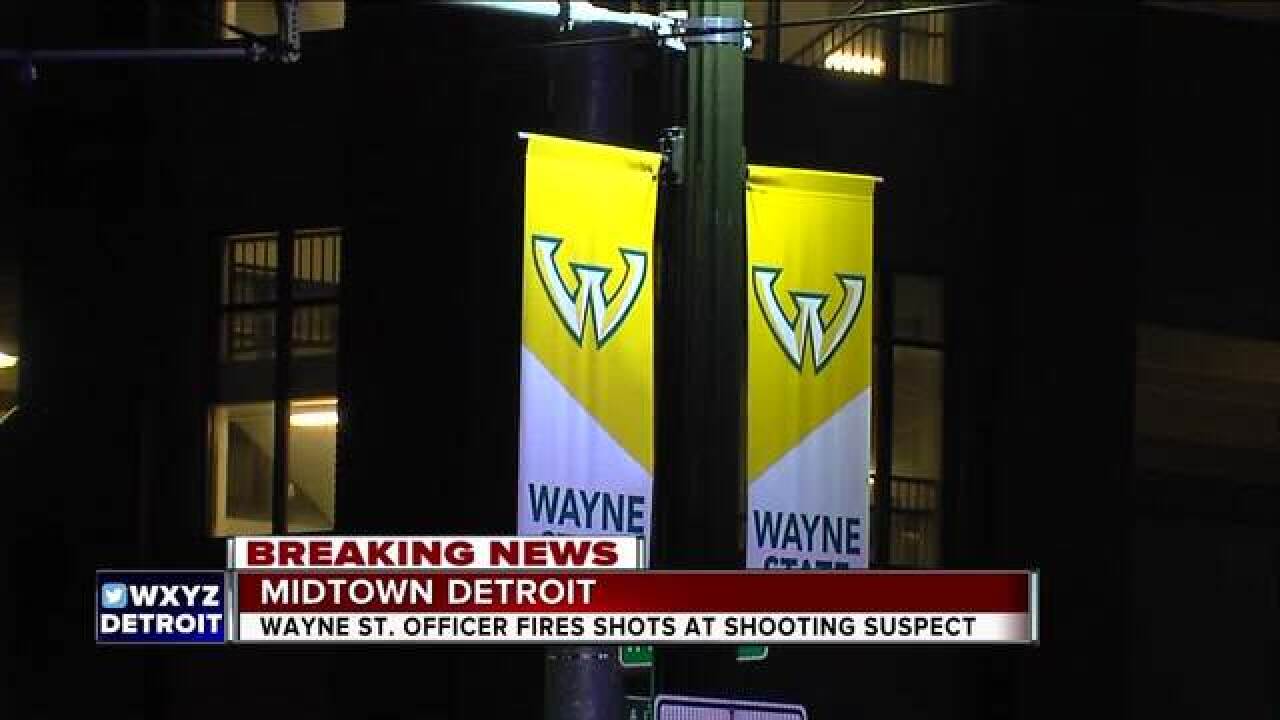 A Wayne State University police officer fired shots at a shooting suspect during a chase in Midtown Detroit.

Officers were in the area of Woodward and Alexandrine around 2:30 a.m. Friday when they heard shots fired. Police then located the 27-year-old victim, who said he was shot in the leg.

Police say the shooting suspect was driving a 2018 Dodge Ram pickup truck and then accelerated the truck towards the WSU officer.

The officer then fired approximately three shots at the vehicle. Police say it is not clear if any shots took effect.

A Detroit police scout arrested the 29-year-old suspect and recovered the vehicle at John R. and Garfield. Police say no firearm was recovered.

The victim is in critical condition, police say.