Whitmer: Wayne County certification drama is a 'blatant attempt to steal the election' 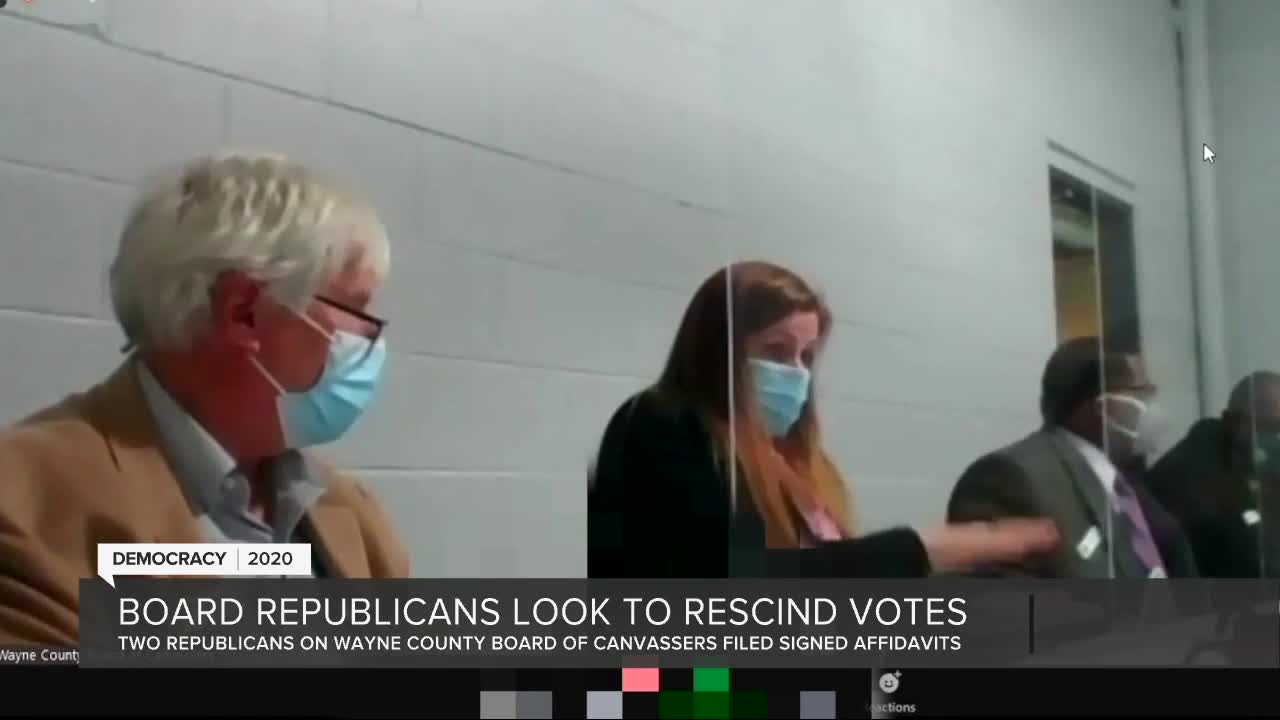 There is no legal mechanism for the two GOP Wayne County Board of Canvassers to rescind their vote, the Michigan Secretary of State's office said.

(WXYZ) — Gov. Gretchen Whitmer spoke Thursday night ahead of a visit by two leading Michigan Republicans to the White House to meet with President Donald Trump.

Related: Benson: All 83 counties in Michigan have voted to certify election results

"The will of the people will be done, and these efforts to disenfranchise Wayne County, where a majority of our African American voters live, is a blatant attempt to steal the election result and disenfranchise Michigan voters," Whitmer said.

Earlier this week, the Wayne County Board of Canvassers voted to certify Wayne County's election results, but it came after the two Republicans, Monica Palmer and William Hartmann, originally voted not to certify the results.

It was later reported that Trump spoke with both of them, and later Thursday, he invited Chatfield and Shirkey to the White House.

"If they're going to undermine the results of this election and to disenfranchise Michigan voters and embarrass Michigan, what they are doing runs against our law, and they should be very careful because it's dangerous," Whitmer said.

Whitmer said to CNN that she isn't sure why they're going to the White House.

"Maybe they're going to lobby for COVID funding, which would be welcome here in Michigan and across the country," she said.

Neither Chatfield nor Shirkey have commented about the visit.

Whitmer was also asked if Trump violated any laws by calling the Wayne County GOP canvassers who shortly after attempted to rescind their vote.

"I think that's a legitimate question," Whitmer said. "Continuous efforts to interfere could be legally unsound and I think they should all be very careful.

"They have a job to do and that's to certify the election. The state board needs to do that," Whitmer added. "If they don't, there will be ramifications of it."