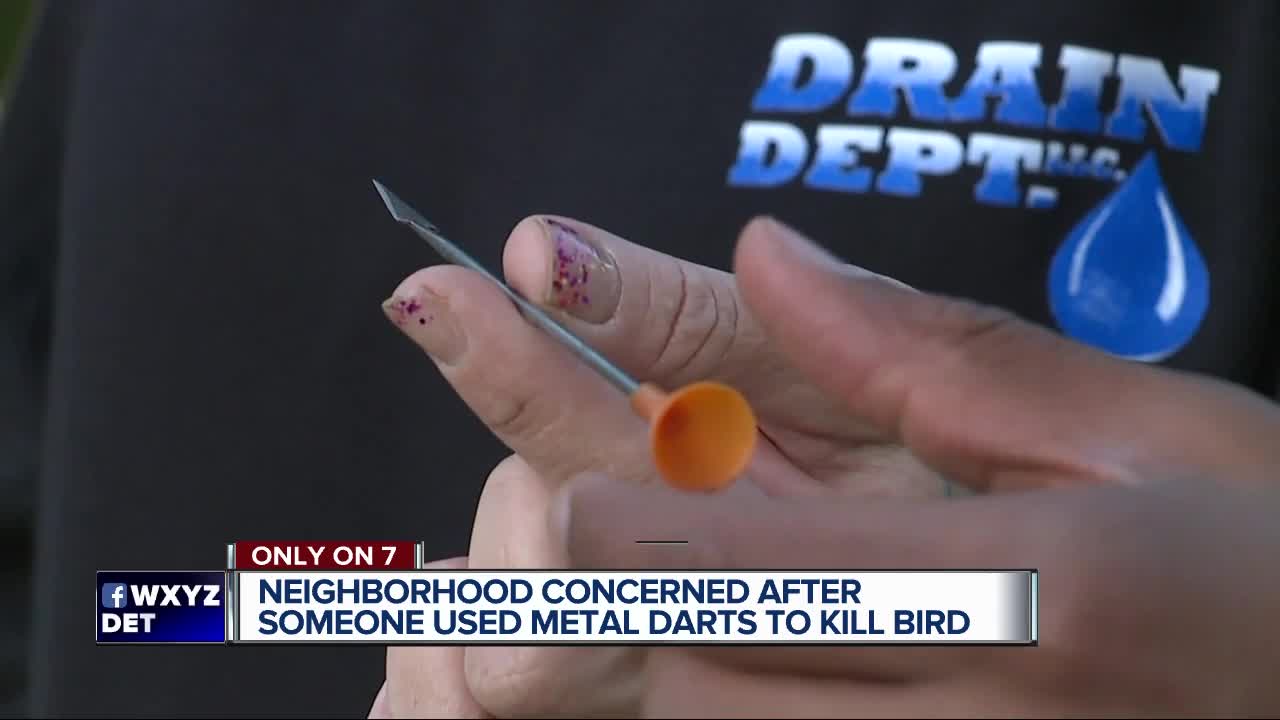 The Shenkosky family told Action News, they discovered a lifeless bird with a dart through the middle of its body. They believe someone used a blow gun to take the bird's life.

Angel Shenkosky posted a photo of the bird on a St. Clair Shores social media group asking if anyone else came across the disturbing imagines.

"My husband came home from the store and found a Robin in the driveway with a blowdart straight through the middle of it," Shenkosky told 7 Action News.

She said they found a second dart on the neighbor's roof.

Shenkosky said she's not only concerned about children in the neighborhood but animals in backyards. Robins are protected under the Migratory Treaty Act which prohibits a person from killing the state's bird.

If you have any information about the crime you're urged to call St. Clair Shores police department.