Will DPS legislation move through before break? 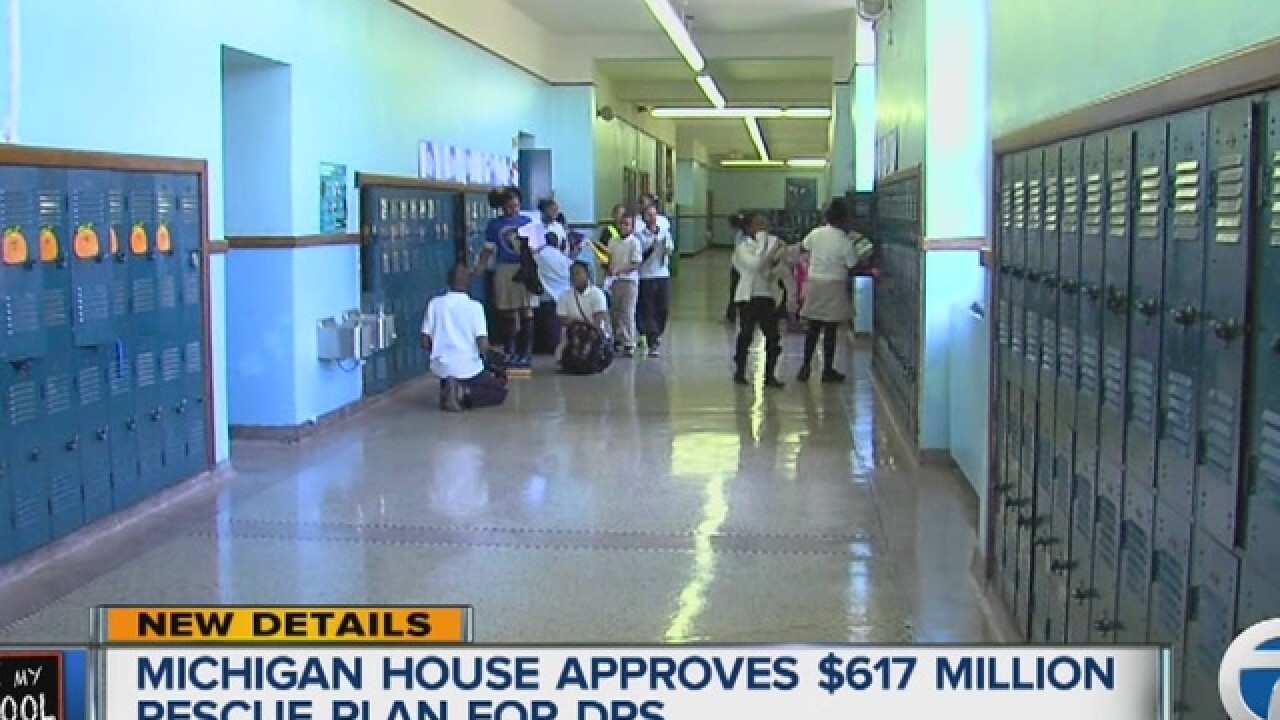 The House voted for a new plan to make sure Detroit Public Schools doesn’t go into bankruptcy.  Now the question is: will the Senate vote it through before the legislature’s scheduled summer vacation in two weeks?

The bills passed by the House are controversial. The governor had said that Detroit Public Schools needed more than $700 million to help the district address its debt and successfully restructure. The House bill provides $617 million in funding and loans.

Republicans who supported the bills say they give the district a fresh financial start.

“It will provide for startup costs so that students actually have a school to go back to in September,” said Rep. Daniela Garcia (R-Holland).

“It gets Detroit Public Schools out of debt and returns the district back to local control as soon as possible,” said House Speaker Kevin Cotter (R-Mount Pleasant).

The House bills call for an election in November to select a school board.

Democrats say it is a joke. The say Republicans are acting like this is a gift for schools in Detroit. Democrats from Detroit say it isn’t because the state took the the district over, ran up debt, and now is handing it back in worse shape than ever.

“The district was $100 million in surplus when the state intervened in its financial affairs,” said Rep. LaTanya Garrett (D-Detroit). “You done robbed. You then took. What else do you want? Damn. Just ask for blood.”

Democrats say the bills fail to level the playing field with charter schools, because they don’t create a commission to control if schools open or close in the city. They say charters have opened where they are not needed, watering down enrollment at successful schools, leading to failure.

Republicans say the bills require charter schools in Detroit get national accreditation and face state forced closure if they fail to educate kids.

Both sides also disagree with the fact the bills allows uncertified teachers, only in Detroit.

“These bills allow districts to employ uncertified teachers in our urban classrooms. We don’t need that,” said Rep. Garrett.

“To help address a problem,” countered Rep. Garcia. “A critical shortage of teachers.”

The bills still need approval from the Senate and Governor Rick Snyder.