WILL IT WORK? Jennifer Ann tests out the Veggetti 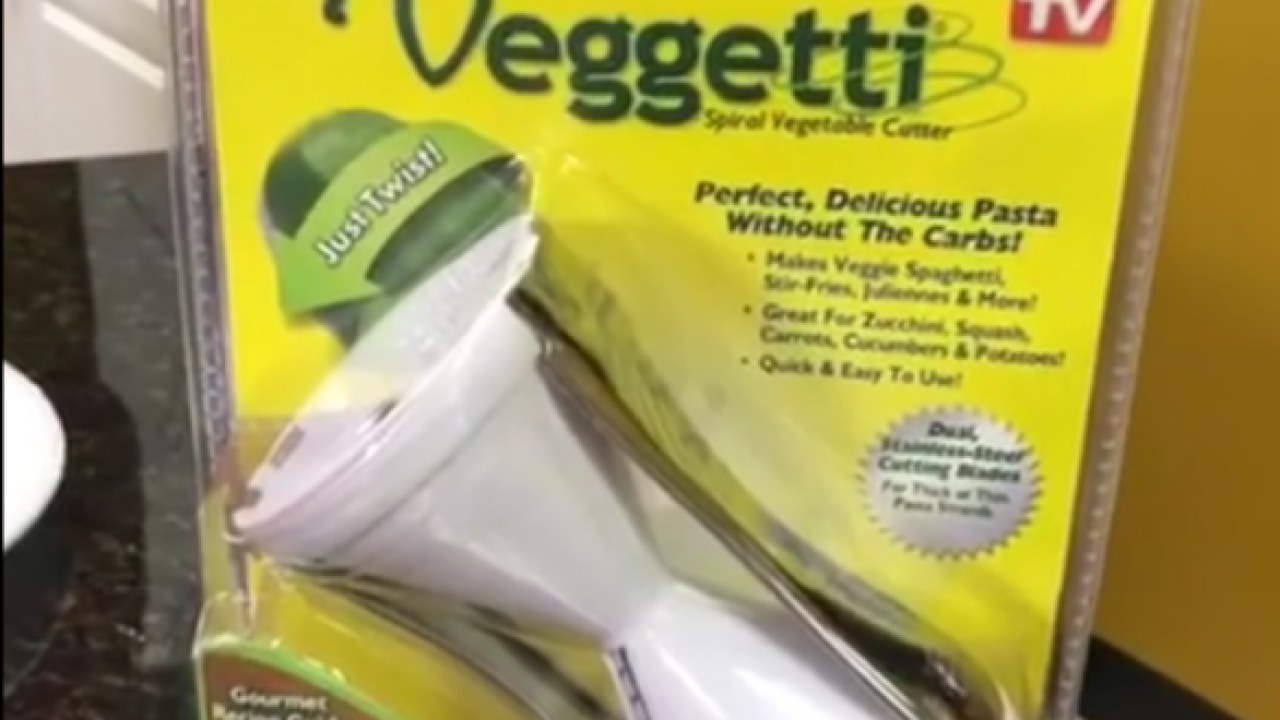 If you love pasta, but don't want the carbs and calories, we may have found a solution! The Veggetti! It promises to turn your vegetables into spaghetti.

7 Action News Reporter Jennifer Ann Wilson put it to the test to answer the question, "Will It Work?"

The Veggetti is considered a 'spiralizer' and it's definitely not the most elite of it's kitchen utensil peers. It is small, compact and very basic. It's not as versatile as it's peers, but it's easier to store and much cheaper at only $9.99.

We tried using it on beets, green pepper, carrot ... and it did NOT work. Using the Veggetti on zucchini and sweet potato was a SUCCESS!! It worked SO well, that I think this bad boy is well worth the purchase.

Here are the recipes we made today: 1) Zucchini noodles with Spaghetti sauce and parmesan cheese. **Important** I learned that boiling zucchini for 4 minutes is a BAD idea, it becomes mushy and falls apart. It might LOOK like spaghetti, but it doesn't COOK like spaghetti. It worked the BEST when I put it in the pan and simmered it with the sauce.  DON'T use a lid!  Because there is so much water in zucchini, it made the marinara sauce really watery. If you cook it without the lid, that excess water will probably evaporate. Either way, it tastes AMAZING!!!

2) Sweet potato noodles w/ Pad Thai sauce - This was super simple. The key to this is finding a long thin potato. You may have to trim the sides. Then once you Veggetti it, you toss in Pad Thai sauce, sauté and you are good to go!

You can find this product at a wide variety of stores and online.