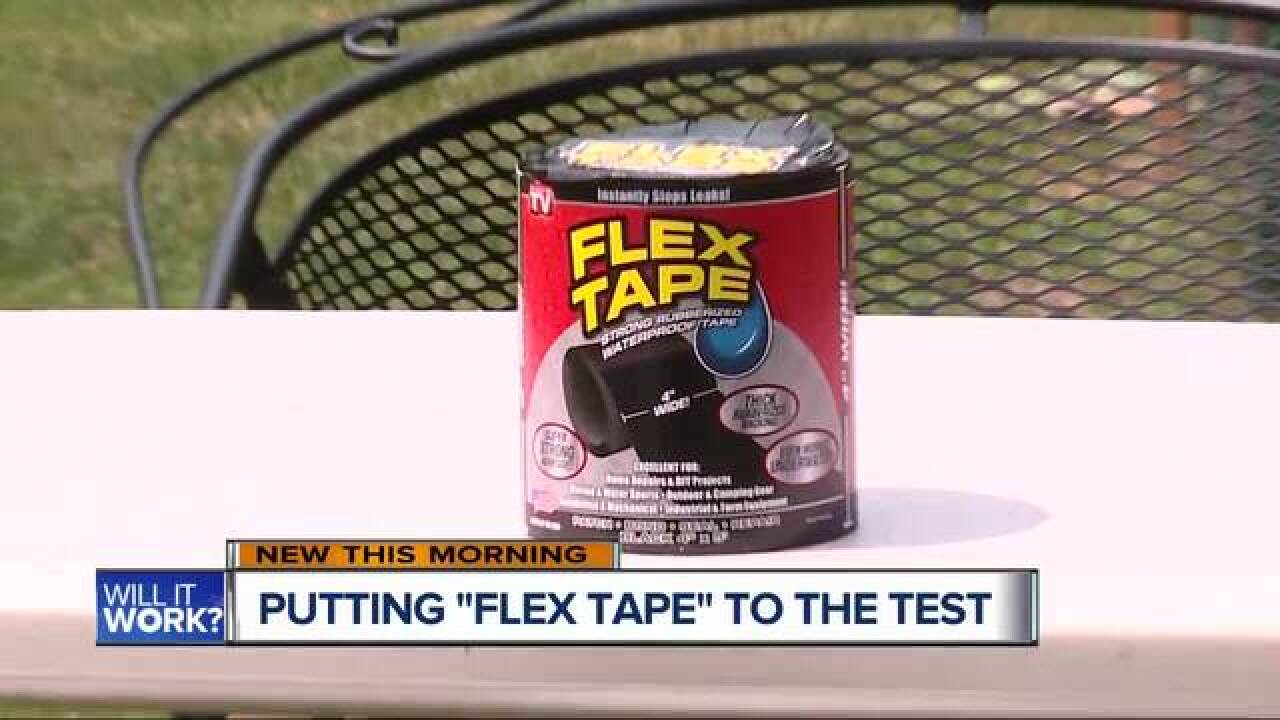 Move over duct tape, there's a new adhesive in town! "Flex Tape" claims to have super strength and seal or repair practically everything from boats to roofs to pipes. It claims to work in heat and cold, even when applied underwater!

In our test, the sun was beating down and the adhesive began to ooze a bit. It was messy, but it didn't seem to lose its strength.

We applied the tape to a leaking bucket filled with water and a gushing water bottle we sliced open. In both cases the tape sealed the opening quickly and effectively.

Flex Tape says it's adhesive gets stronger with time but it also says its useful for emergency repairs.

PADI Master Scuba Diver and freediver Linden Wolbert says the tape has worked great for her out on the water, temporarily sealing hoses and lines. Another viewer says he's used it while camping.

7 Action News didn't push the limits of what this tape claims to do, but in the tests we ran, the adhesive strength and ability to seal in wet conditions is impressive!

Flex Tape can be found at Target, Walmart, CVS, online and a number of Hardware stores. There are a couple of versions of the product, 7 Action News tested the tape.

Let us know how this product works for you! And if there is a product you'd like us test email jennifer.wilson@wxyz.com