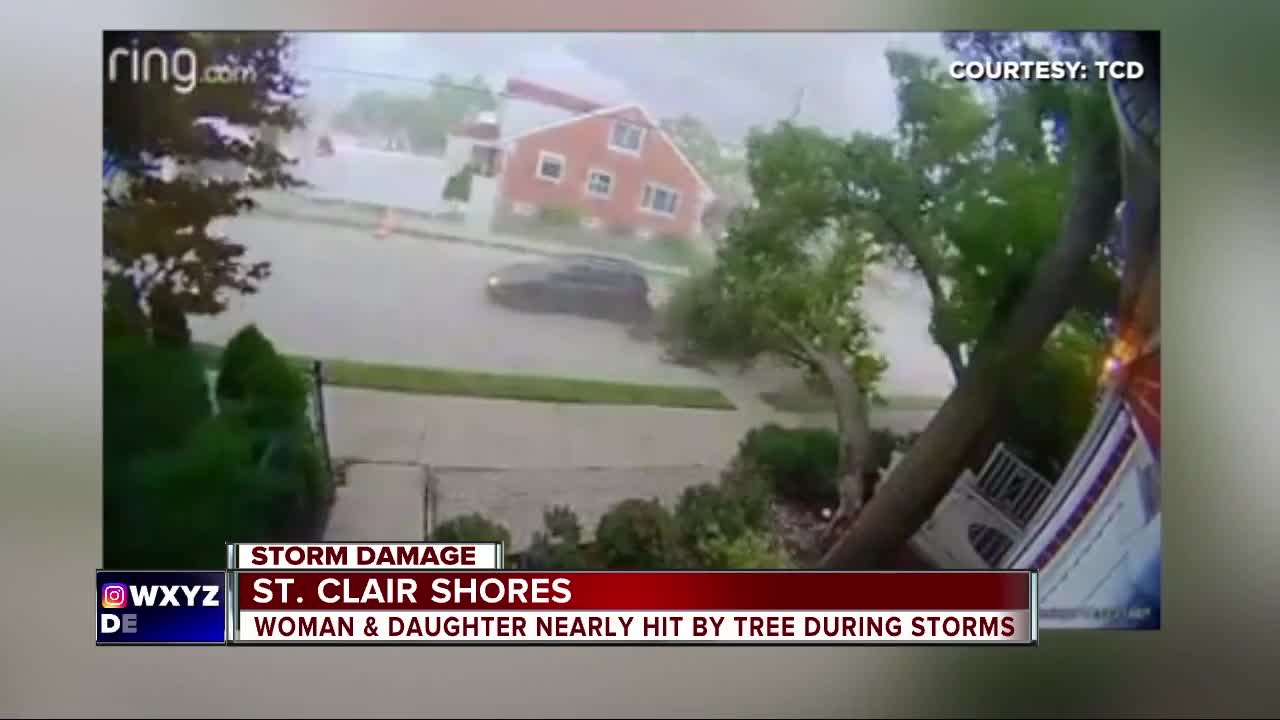 Two rounds of storms Friday and Saturday caused widespread power outages in southeast Michigan and serious damage over the weekend.

Lori Gricius of St. Clair Shores was watching TV with her daughter inside Saturday night when they heard a loud noise outside their Gaukler Street home.

The sound they thought was thunder was actually a large tree in front of their home, cracking in half. Strong wind gusts blew it over.

"I could see tree branches in my dining room window," she said. "Not inside, but just pushed up against the window.”

A woman and her daughter were watching TV when this tree was blown over, barely missing their living room in #StClairShores 😳@wxyzdetroit @rexroth7wxyz @SymaChowdhry @MattSmithWXYZ pic.twitter.com/8UiQbFC2WS

Surprisingly, Gricius said her home didn't sustain much damage other than some broken windows. Her cars, though, were damaged when the large tree toppled onto them.

“Nothing like this has ever happened to me," Gricius said. "So this was quite scary.”

The tree, which was partially hollow inside, caused Gricius worry in the past. She was concerned it would topple over if a large storm came, and has requested it be removed.

The combination of extreme heat and severe thunderstorms caused around 360,000 DTE customers to lose power as of Saturday night.

Gricius and her neighbors did not lose power, and thankfully the large tree didn't hit any power lines.

“I am so thankful right now. Praising God, thankful that we are both OK," she said of herself and her daughter.