Winning the next Amazon: A look at metro Detroit's mass transit shortfalls 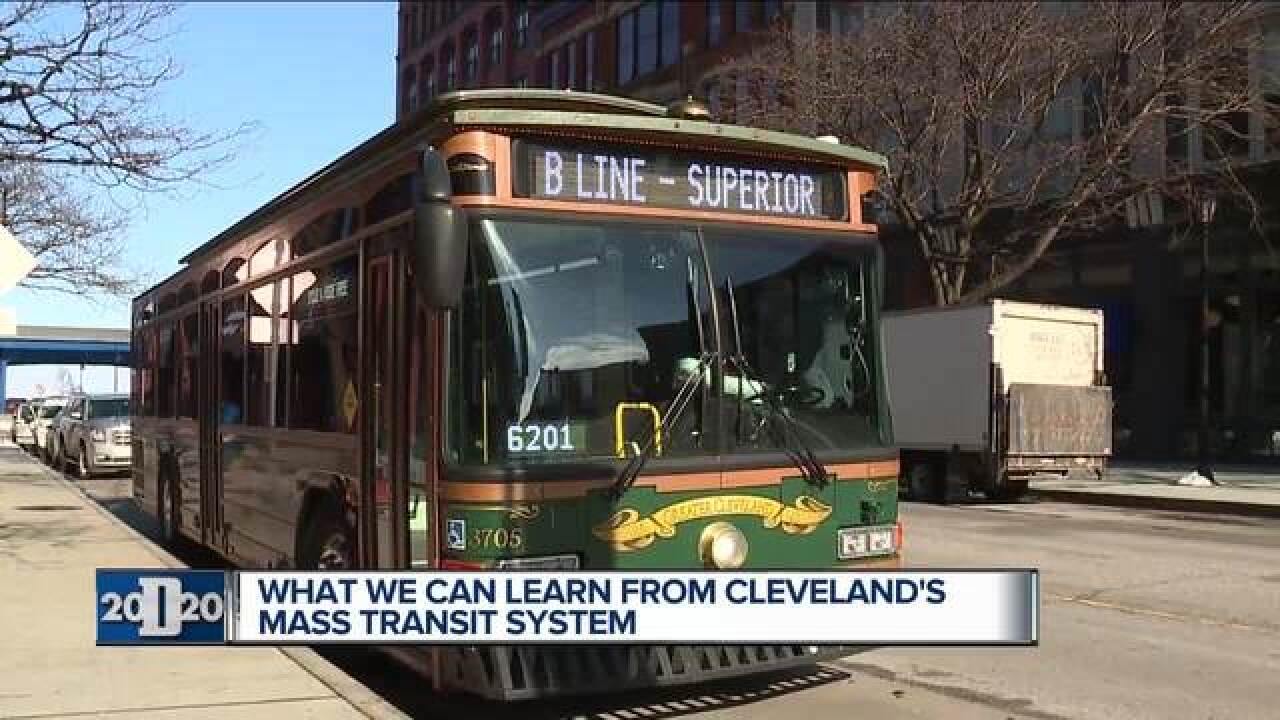 If it wasn’t clear before Detroit’s failed bid to draw Amazon’s new headquarters to Michigan, it is now: metro Detroit is behind other major American cities when it comes to mass transit.

Elected leaders are at odds over how to fix the problem, or whether it’s even a top priority. That was never more obvious than late January when leaders from Wayne, Oakland and Macomb counties shared a stage at the Detroit Economic Club and discussed transit.

Two weeks later, as hope for a 2018 ballot initiative to fund mass transit in Metro Detroit was dwindling, Oakland County Executive L. Brooks Patterson gave a State of the County address that may have signaled the train — or bus — is leaving the station: “They’re asking me to betray my constituents, violate my oath of office and overnight become a regional taxing icon. I can’t do it, I won’t do it and I’ll never, ever.”

The sticking point for Patterson, as he explained that night, was that nine communities opted out of paying taxes on public transit in the past. A plan pushed by others within the region tied to southeast Michigan’s RTA system would tax those communities, adding an additional $500 million to the “transportation pot” over the next 20 years.

Meanwhile, Macomb County Executive Mark Hackel said voters in his county have rejected plans regardless of how he’s pitched the idea. He also noted that roads are at the top of Macomb County’s infrastructure woes.

All of this paints a picture that leaves most wondering: how, when, or will this area ever take control of it’s future in terms of public transportation?

It’s a problem cities, and regions, across the country face. Public transportation isn’t self-sustaining. It’s been linked to economic development, but that’s not a slam-dunk argument for everyone involved in the debate.

For instance, the QLINE has been mocked online for it’s speed, and usefulness but studies have shown that the QLINE brought a whopping $7 billion worth of development to the Woodward corridor.

Ten years ago the city of Cleveland trumpeted similar success with it’s rapid bus transit program drawing in $6.3 billion. It won national awards and the program had direct links to the city becoming the location for the last Republican National Convention. A key figure touted by industry followers was the $145 return for every $1 they invested into the Health Line project.

37 miles of rail, 1,606 miles of bus routes, dozens of light/heavy rail trains and rapid-transit buses and the cost of a 24-hour pass from Cleveland’s @GCRTA ? $5.50 (that’s the price after going up recently) pic.twitter.com/qMb5NubG1W

“We studied this region, that corridor for years,” said Linda Krecic, spokesperson for the Greater Cleveland RTA discussing Cleveland’s Euclid Avenue that stretches past the famed Cleveland Clinic into neighborhoods and to the downtown district miles away. “It was an issue, it was a transportation problem so we looked at rail, we looked at underground… we looked at so many options.”

The problem Cleveland faced is the same problem all cities face: the rising cost of infrastructure for major transit problems. Subway systems are costly, and above ground rail isn’t far behind. It took years of research and a trip to South America before Cleveland found a system that made sense for them: a rapid bus transit — they call it a “train on wheels.”

If you were to see a BRT bus from Cleveland next to a QLINE streetcar you wouldn’t notice too many differences. The real difference comes with how they operate, and cost. Right now, the cost of goods drives all debates when it comes to mass transit.

The QLINE construction came with a price tag of $144 million, while Cleveland’s Health Line cost $200 million. The difference? The QLINE is a 3.3 mile stretch along Woodward, while the Health Line stretches 6.8 miles. The Health Line price tag came with 59 bus stops, miles of road repairs and beautification efforts. The setup involved creating “bus only” lanes for the entire stretch and timing lights so that traffic lights have a minimal effect on trips — the bus drivers only stop when a passenger requests it, meaning trips move faster.

“It’s easy,” said Jalissa Wilson, “It’s a straight-shot to my job where I don’t have to drive.”

Wilson said she hated riding the bus before the Health Line, but now rides it five days a week to avoid parking fees she previously paid downtown.

Krecic said ridership numbers reflect how they’ve marketed the bus, it involved changing the view toward buses. It’s part of that “trains on wheels” concept.

In fact, making buses more mainstream is a big part of what GCRTA does. The free trolleys that became the talk of the last RNC are technically buses retro-fitted to look like trolleys. Those trolleys, and mass transportation in Cleveland was the key reasoning leaders elected to bring the RNC to Ohio after horror stories of stranded delegates and bad transportation options in Florida previously.

“It just proves that the kind of systems that cities seem, and regions seem, to really thriver with not only brings economic development and servers our customers.”

Of course, it’s not all roses and butterflies in Cleveland either. They funding for mass transit is being cut right now meaning belt-tightening across the board. They’re making a $20 million operational cut across the system right now, which underscores the debate being held in metro Detroit right now: is there enough drive to continue to build up mass transit, or are other infrastructural needs going to take the front seat?

It’s too early to say the train has left the station, but as we get closer to the upcoming election the chances of a new funding strategy seems more and more unrealistic.

Then again, it was just 18,000 votes that stopped a millage in 2016 that would have raised roughly $3 billion and helped the region access more than $1 billion in matching state and federal funds. Whether you’re building another QLINE, bus rapid transit, or simply adding bus routes to an existing plan it all costs money — and if the debate around mass transit in recent months depicts anything, it’s that dollars count and those dollars may be needed if Detroit hopes to win the next Amazon.