Winter storm on the way this week for metro Detroit 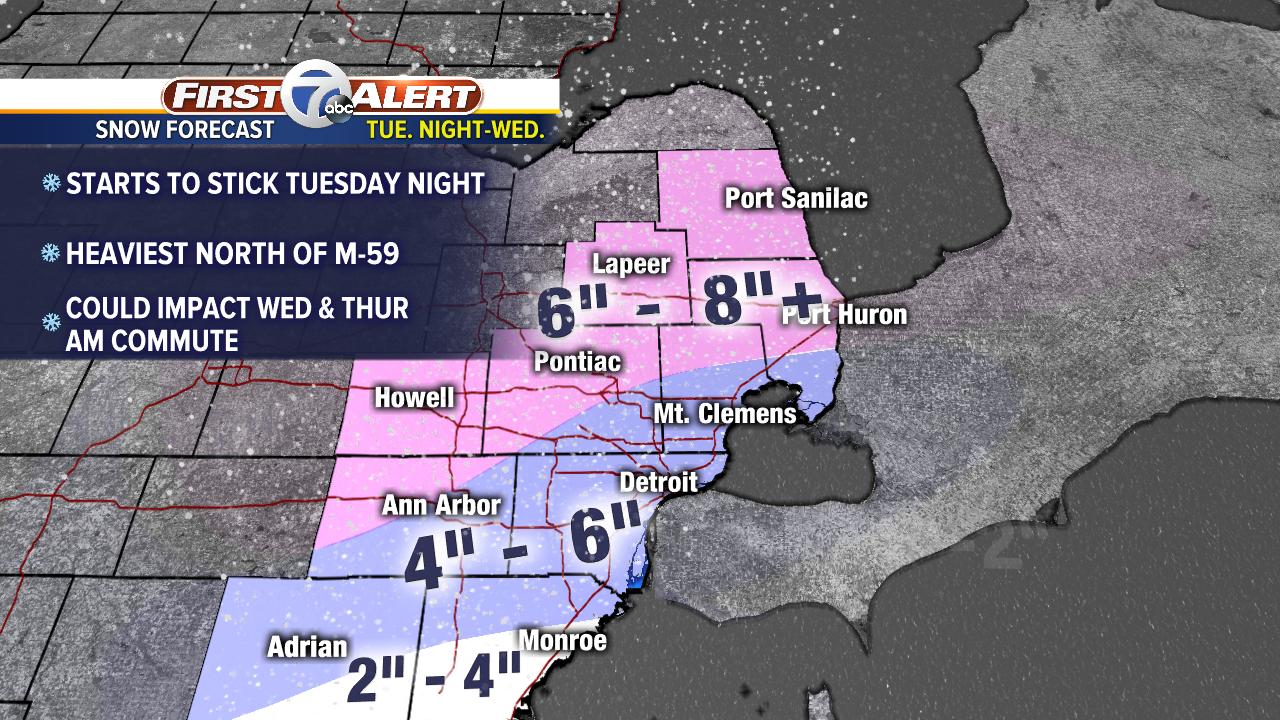 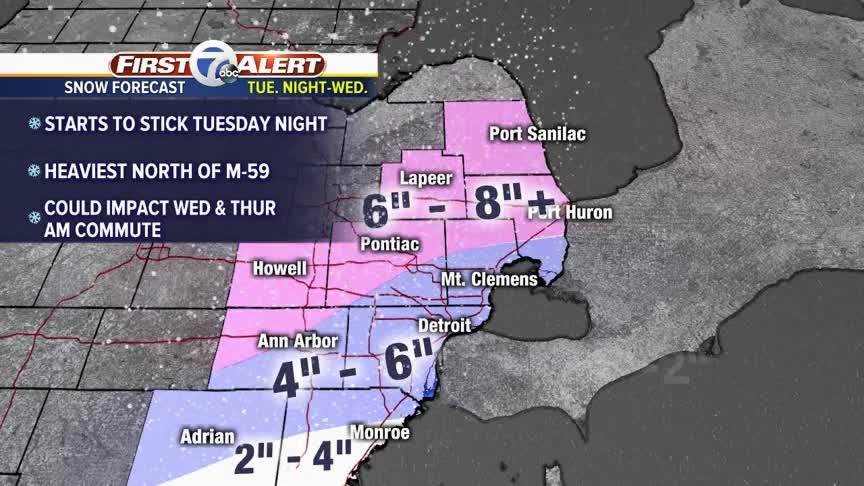 (WXYZ) — This winter has been full of ups and downs, seasonal swings and tough-to-forecast snow storms, and this week will be no different. A storm to our south will be slowly inching north toward metro Detroit Monday night bringing rain, snow and eventually colder temps. However, the biggest impacts will be with steady snow Tuesday night through Wednesday night.

Synopsis:
There are a lot of moving parts with this system that have to come together to bring a healthy serving of snow to southeastern Michigan and it appears they'll do just so.

First Wave:
The first wave arrives tonight and lingers into Tuesday morning leading to a few slick spots being possible along and north of M-59. Up to an 1 inch of snow is possible with this first batch of rain and snow, and that could leave a light coating on area roads. This will then be followed by a break in the rain and snow with just cloudy skies before a stronger wave arrives Tuesday night.

Second Wave:
The Winter Storm Watch in effect is due to this second wave of the storm, which is expected to bring 4 to 8 inches of snow to metro Detroit as a long duration storm. Most of the accumulation will take place on Wednesday but snow could linger into Thursday morning, too.

Temps Drop Behind the Storm:
Temps are once again expected to drop behind this storm by Thursday into the weekend. During this time, temps will be in the low teens for lows with highs struggling to get out of the 20s. That is pretty cold considering that Sunday is March 1!