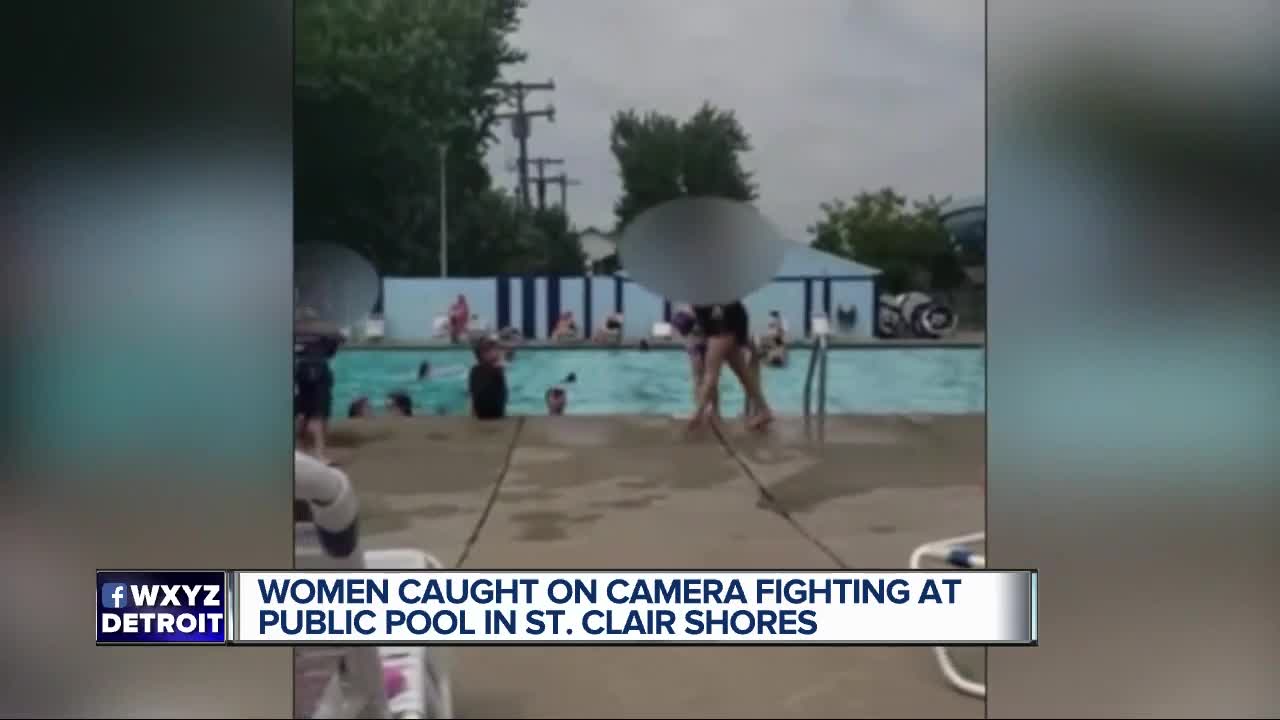 A woman in St. Clair Shores says she was attacked by another mother while at a public pool, and it was all caught on camera. 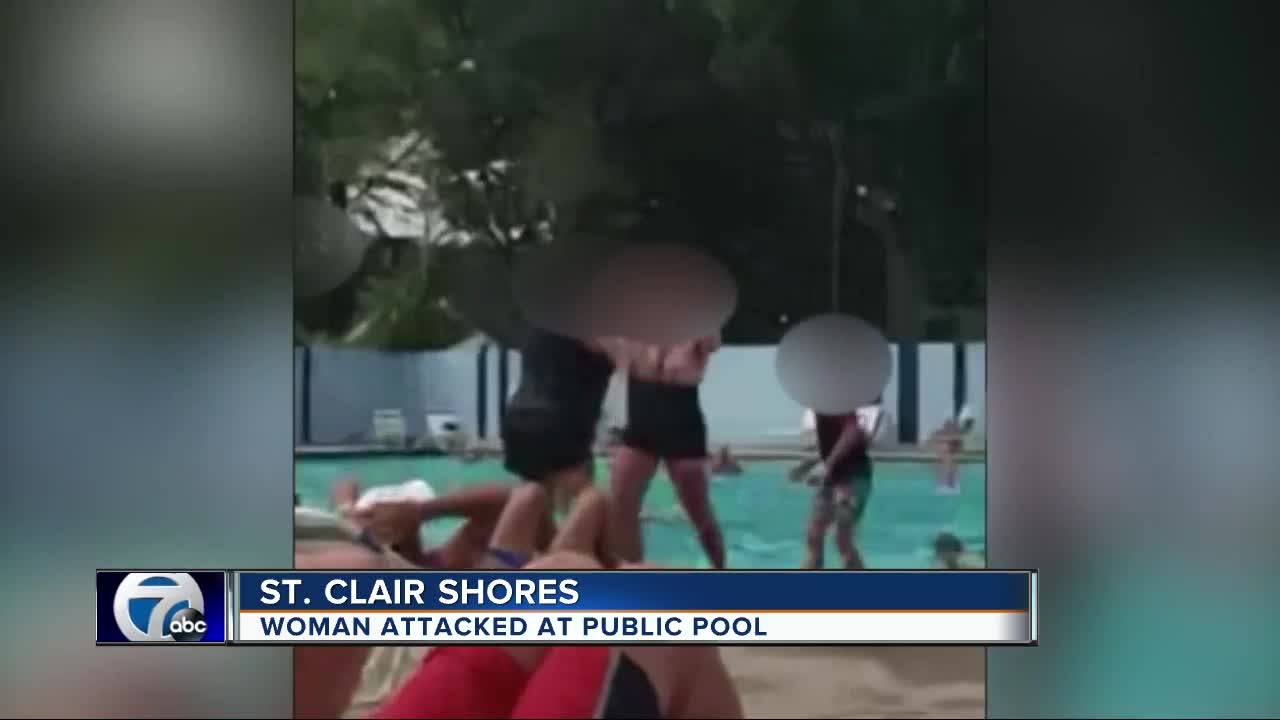 ST. CLAIR SHORES, Mich. (WXYZ) — A woman in St. Clair Shores says she was attacked by another mother while at a public pool, and it was all caught on camera.

The woman, who says she was attacked, told Action News that her children were playing with the other mother's children in the pool when another boy started punching her son.

When she asked the other boy to stop, the boy's mother allegedly came out of the pool and started yelling profanities and threats and charged at her. The other woman also started punching her in the face.

However, onlookers say that's not the entire story.

According to a couple at the pool when the incident happened, they say the woman who was attacked confronted the child who was hitting her child, while using profanities. That's when that child's mother told her to address her if she has an issue with her child. That's when things escalated, according to witnesses.

The woman who was attacked says her son is traumatized by the ordeal but denies using any profanities or instigating the fight.

No arrests were made, however, the mother who started the fight was issued a citation for assault and battery.