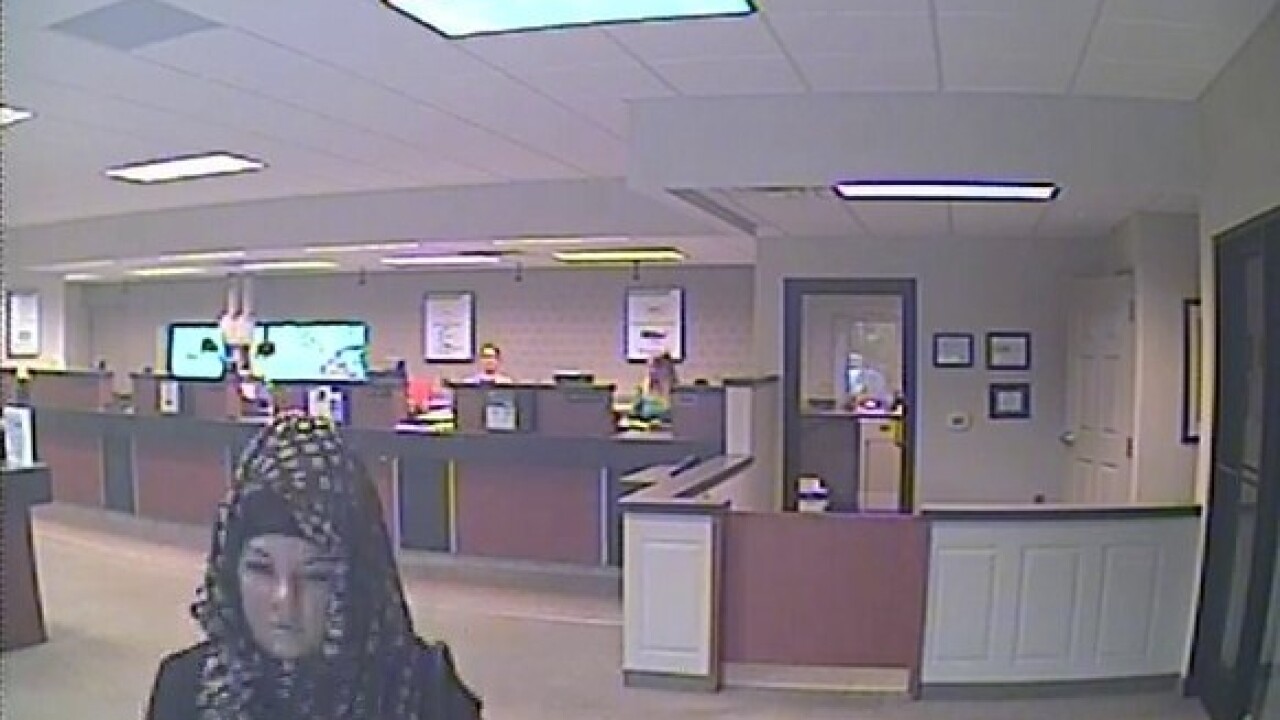 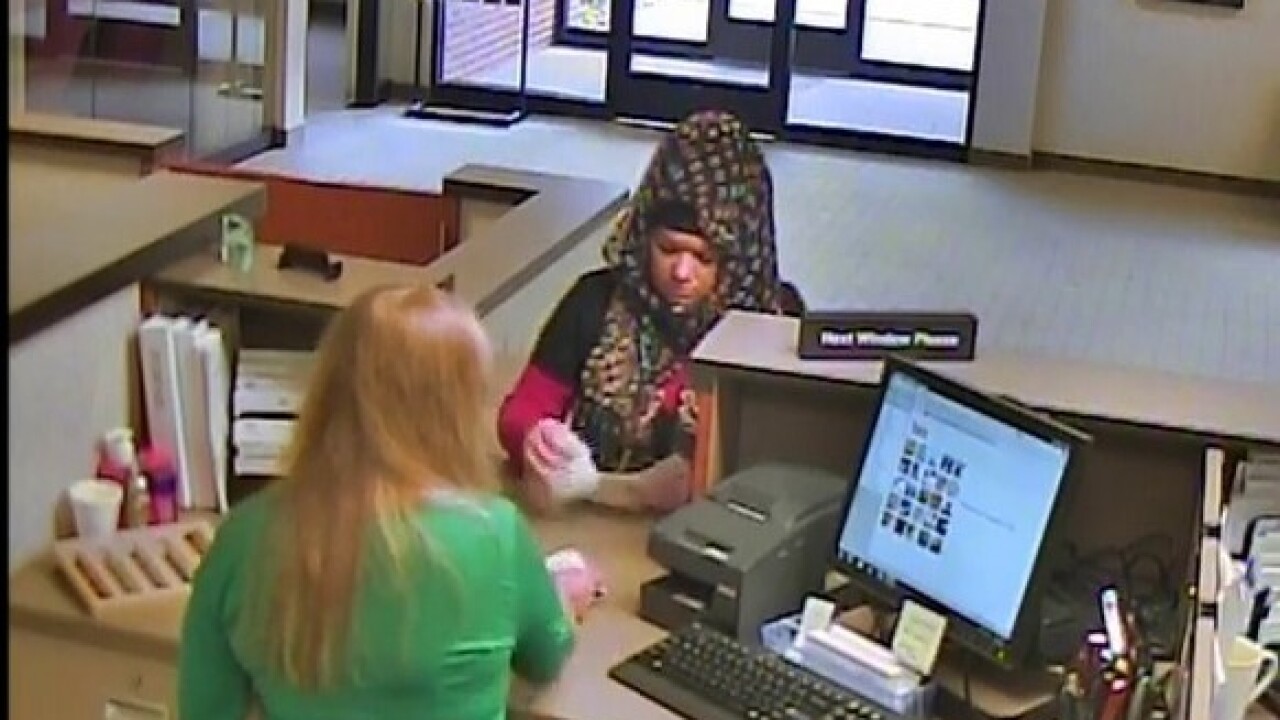 The Taylor Police Department is asking for the public's help in identifying a woman who reportedly robbed the Monroe Bank & Trust in Taylor.

Police say the woman entered the bank at 9:45 a.m. on Thursday and approached a teller with two notes.

The notes indicated that the suspect had a bomb and threatened to blow up all U.S. citizens. The suspect demanded that the teller give her all 100's and 50's.

Police say the suspect left with an undisclosed amount of cash. The woman left in a light-colored car, possibly gray or silver, that was parked on a street near the bank.

Surveillance shows a second person in the vehicle who drove the suspect away from the location.

The suspect is described as a female, 5'4" to 5'5" tall, with a medium build. She was wearing dark pants and a short sleeve shirt with pink long sleeve shirt underneath. She was black head wear with a patterned scarf.