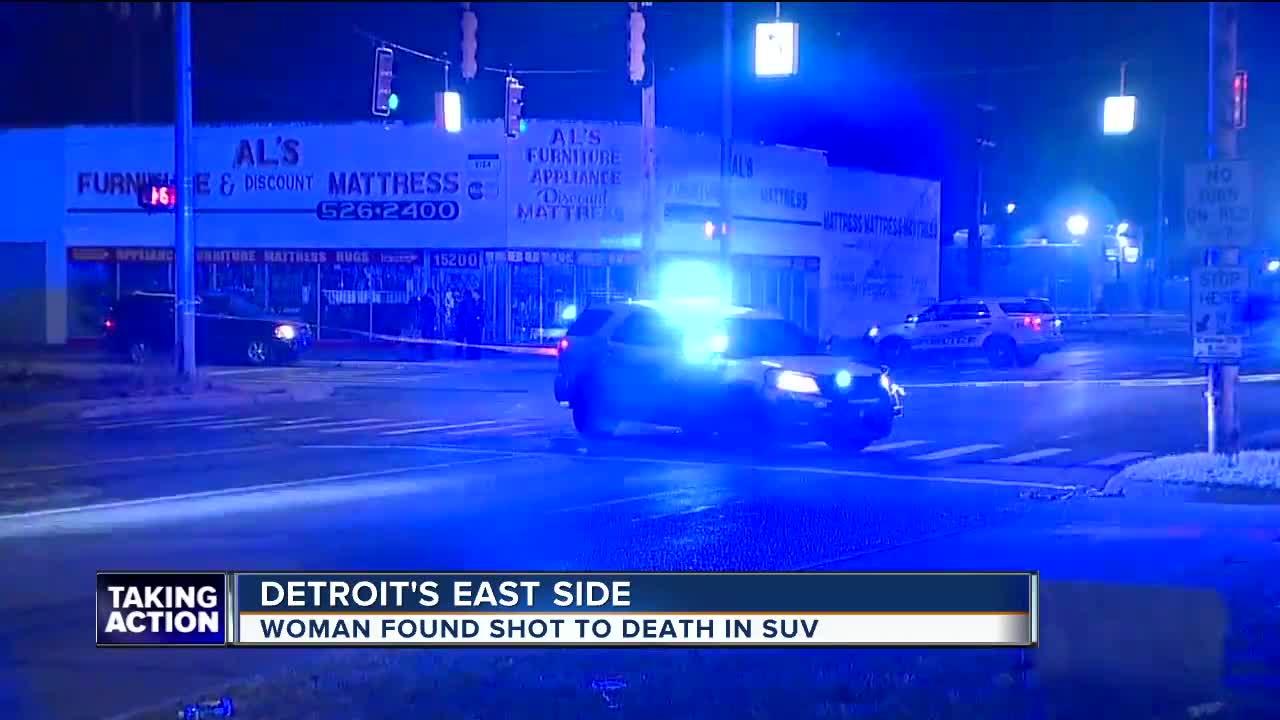 A person of interest is in police custody after Detroit police found a woman shot dead on the city's east side early Tuesday morning. 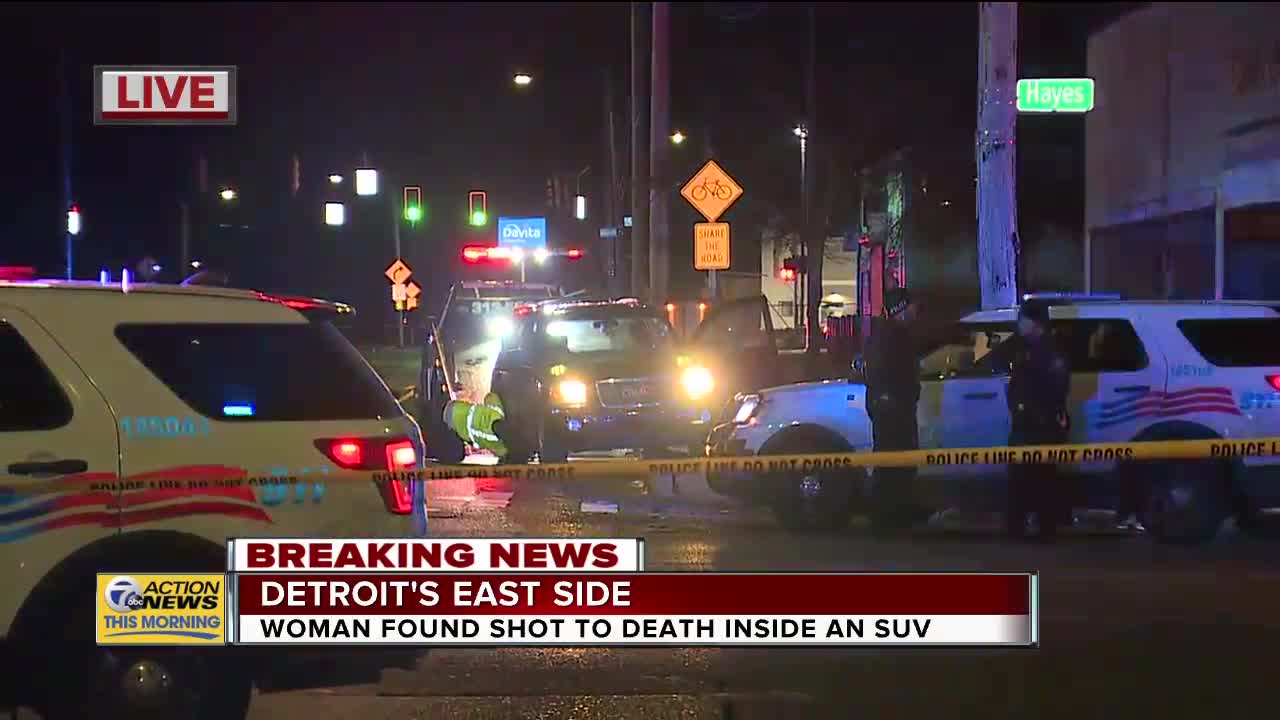 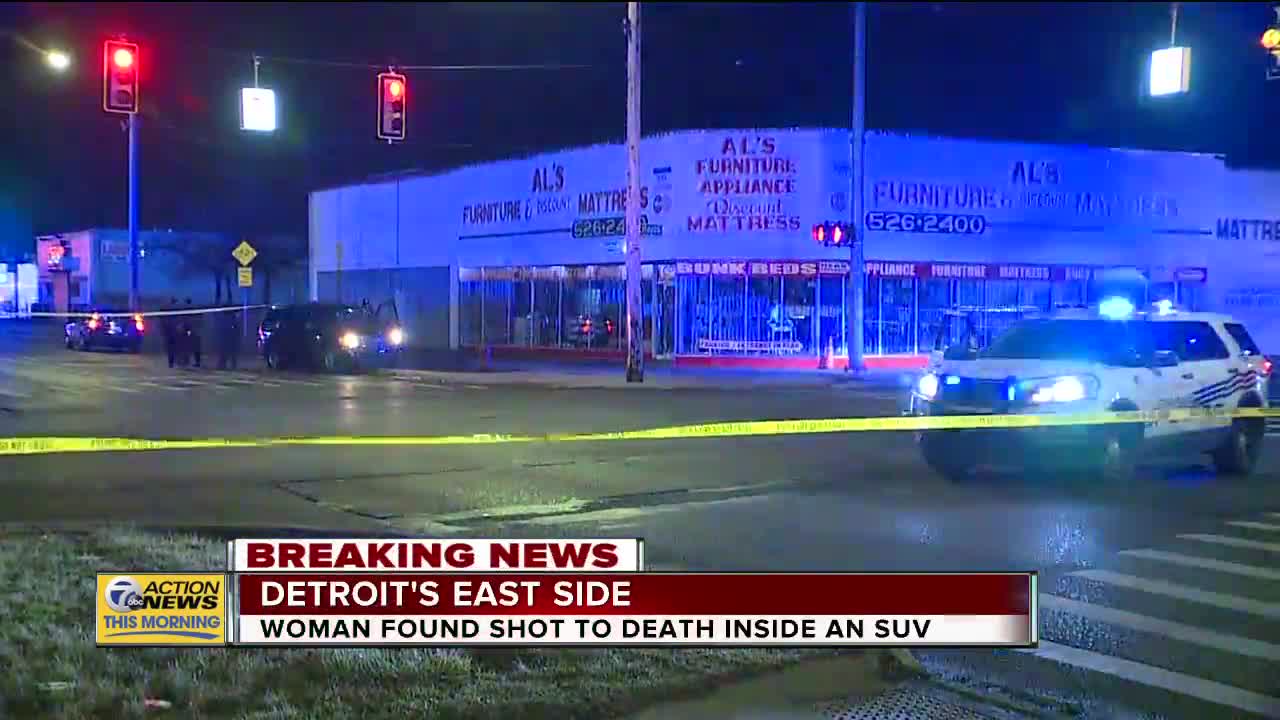 DETROIT (WXYZ) — A person of interest is in police custody after Detroit police found a woman shot dead on the city's east side early Tuesday morning.

The shooting happened in the area of Houston-Whittier and Hayes around 1:34 p.m., police say.

The 52-year-old woman was shot dead inside a 2004 burgundy GMC Envoy in front of Al's furniture store in Detroit. Police say the female victim sustained multiple gunshots wounds to the face and body. She was pronounced dead at the scene.

The vehicle was still running and on the curb with flat back tire when officers arrived at the scene. Several apparent bullet holes can be seen in the windshield, according to a 7 Action News crew at the scene.

Around 1:53 a.m., police say a patrol car was flagged down in the area of Mack and Brush by a man who told the officers a woman had been shot. The man needed medical attention and on the way to the hospital police determined that man was a person of interest in the woman's death.

No word yet on started the shooting.

The man is being questioned by police.