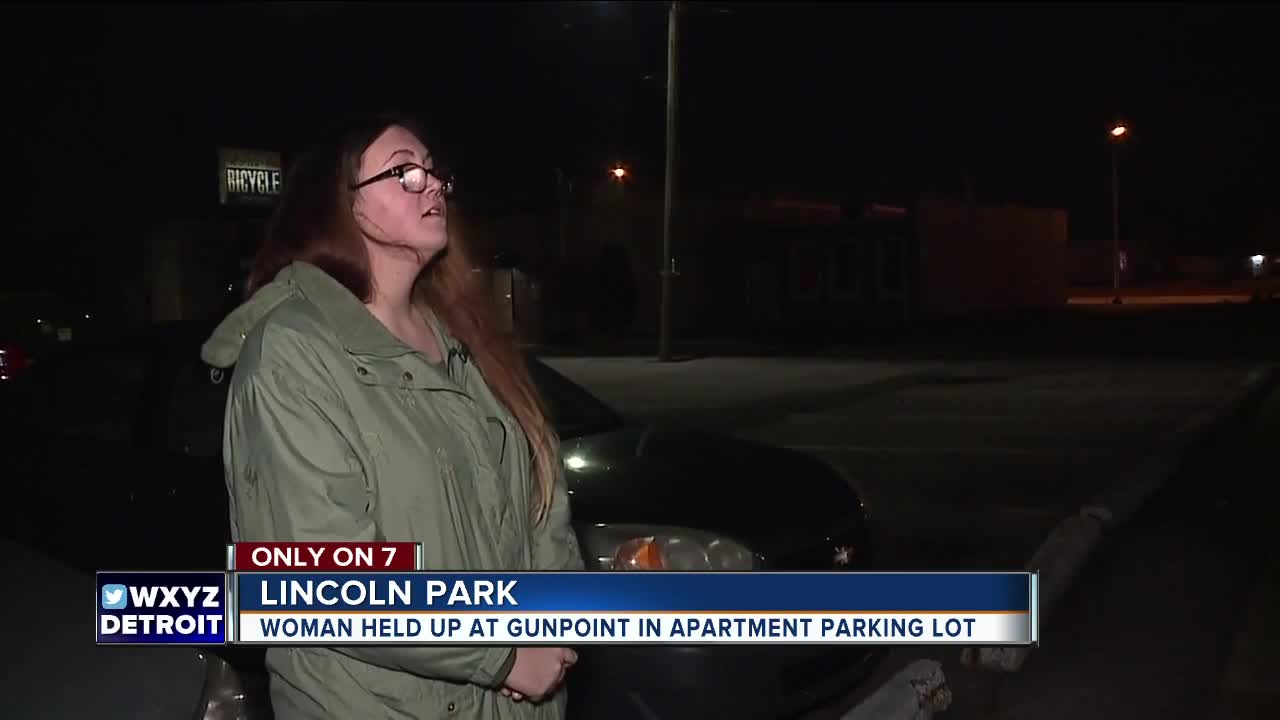 Mariah Fecteau begged for her life while staring down the barrel of a gun. "I was like please... I have a daughter," Fecteau said.

LINCOLN PARK, Mich. (WXYZ) — Mariah Fecteau begged for her life while staring down the barrel of a gun.

"I was like please... I have a daughter," Fecteau said.

The emotional mother shared her frightening confrontation only with 7 Action News on Tuesday. She said an unknown man approached her while she sat in her car and smoked a cigarette in her apartment parking lot.

"He said he was going to count to five and if I didn't give him my wallet he was going to pull the trigger," Fecteau said. "I heard him cock the gun back. He got to three and took off."

ONLY ON 7: A Lincoln Park mother robbed at gunpoint steps from her front door.

“He put the gun just inches from my face.”

The hunt for the perpetrator and this mother’s relief tonight on @tv20detroit and @wxyzdetroit. pic.twitter.com/oDGcMLpw2e

Her wallet was inside her home, she said. The gunman took her cell phone, a half pack of cigarettes and a lighter, according to a police report.

It happened on Jan. 2 around 12:45 a.m. on Garfield near Fort Street. Fecteau's boyfriend, Corey Smith, was inside the home with their daughter.

"It's infuriating," Smith said. "I stay awake a lot more."

Smith shared a post about the terrifying confrontation in hopes it would lead to an arrest.

"[To] put pressure on (criminals) and let them know they're not welcome," Smith said.

There could be surveillance video of the suspect from neighboring businesses or homes.

If you have any information about the crime you're urged to call Lincoln Park police.