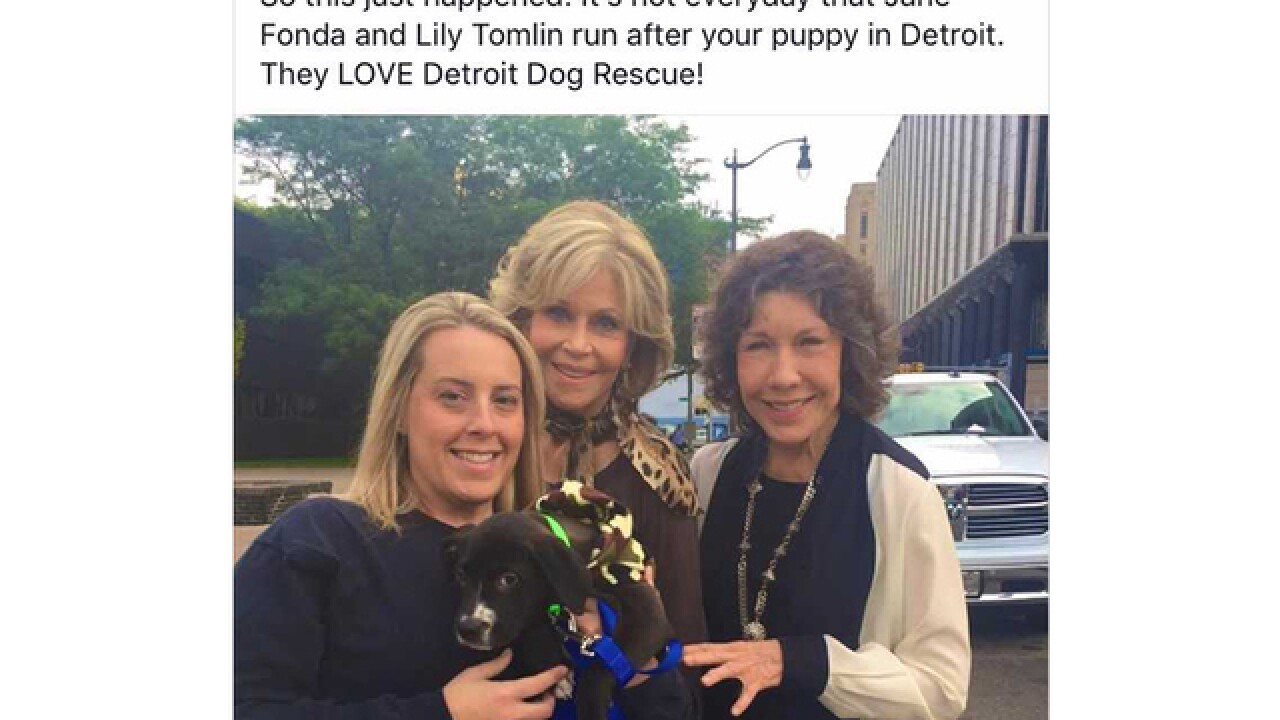 Imagine you are walking a cute puppy when, only none other than Jane Fonda and Lily Tomlin stop to admire it.

That’s what happened to Kristina Millman-Rinaldi in Detroit today.  She posted on Facebook that the duet approached her and her rescue dog and stopped to admire. Millman-Rinaldi is the Executive Director of Dog Rescue.

The stars of “Grace and Frankie” have been touring Michigan promoting higher minimum wages in the state. They’re teaming up with One Fair Wage to bring the issue to the ballot in 2018.

Fonda and Tomlin have already hit the west side of the state and will be making appearances Thursday at Wayne State University and University of Michigan on Friday.  They will also join restaurant workers in Detroit to canvass and help educate residents on the need to higher wages.

Tomlin, a Detroit-native and Cass Tech High School graduate, on Wednesday will accept the Detroit Homecoming award and key to the city during the 4th annual Detroit homecoming event at the Michigan Central Train Station.