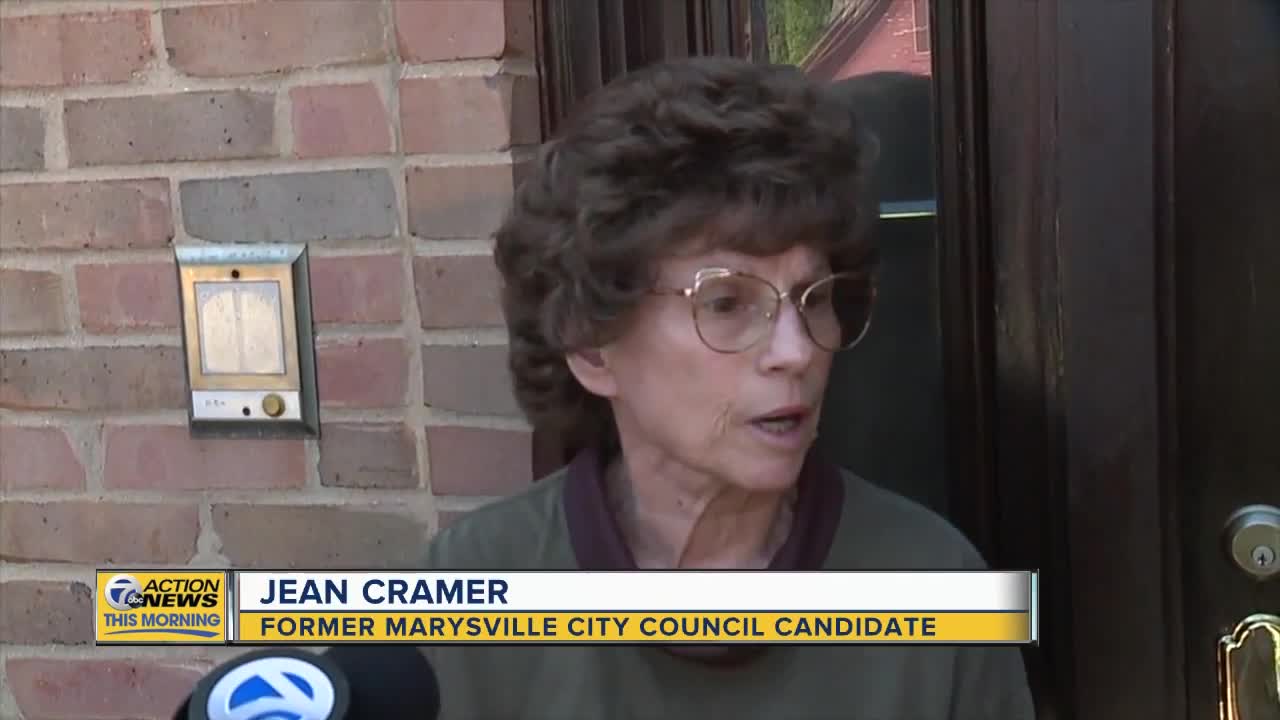 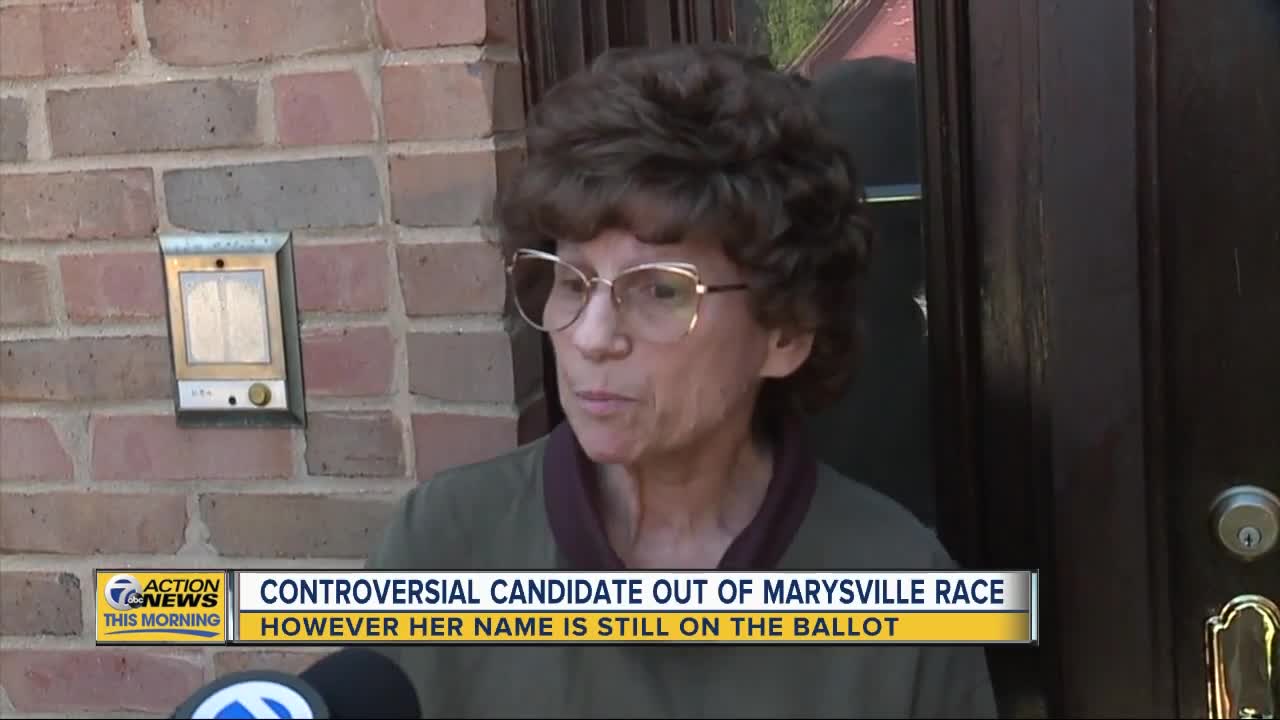 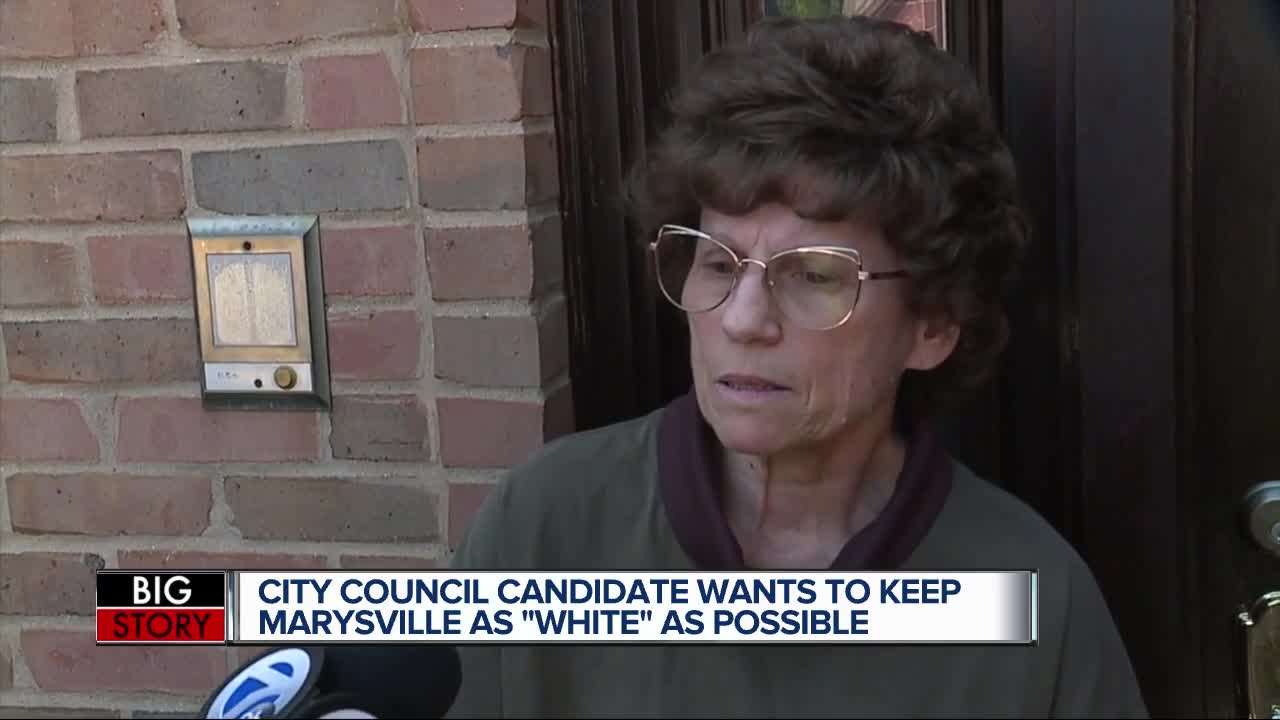 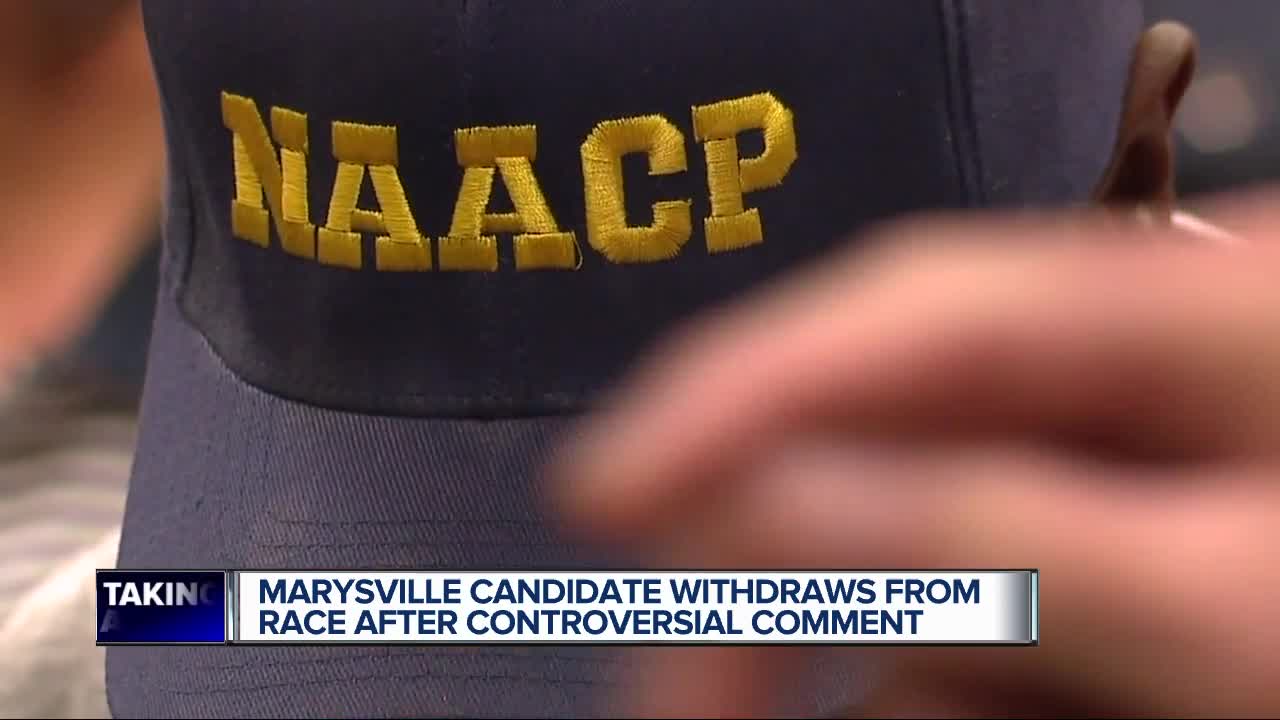 MARYSVILLE, Mich. (WXYZ) — Jean Cramer, the Marysville City council candidate who said she wanted to "keep Marysville a white community, as much as possible" has dropped out of the city council race, 7 Action News has learned.

According to the city, Cramer submitted a letter withdrawing from the race on Monday. Her resignation read as follows:

“I am writing this to withdraw as a city council candidate for the City of Marysville election, November 5, 2019.”
Jean Cramer

Cramer made the statement at a public forum inside Marysville City Hall last Thursday night and it stunned other candidates and city officials.

"Just checking the calendar here and making sure it's still 2019," said Mike Deising who is also running for a seat on council and was floored when he heard Cramer's statement. He was one of a number of others in attendance who immediately condemned Cramer's words.

"That kind of racist, unapologetic rhetoric has no place in our city," said Marysville Mayor Dan Damman. "And I would say that it's flatly rejected by not just the vast majority but virtually all of our residents."

7 Action News talked to Cramer outside the home Friday and she said she didn't have enough time during the forum to explain herself.

When we asked why she wanted to keep Marysville as white as possible, she said, "We like it the way it is."

Cramer then proceeded to say that she doesn't want foreigners who are pushy moving to Marysville. She said they should "go back" and fix the problems in their country instead of coming to America.

Cramer said her ancestors are from Germany and that she didn't know if they came to America for a better life.

She went on to say that she would be fine if a black couple moved into Marysville, a predominantly white city outside Port Huron, as long as they kept up their property.

But Cramer said she is absolutely against interracial relationships.