Woman found beaten to death in an apartment in Warren, homicide investigation underway 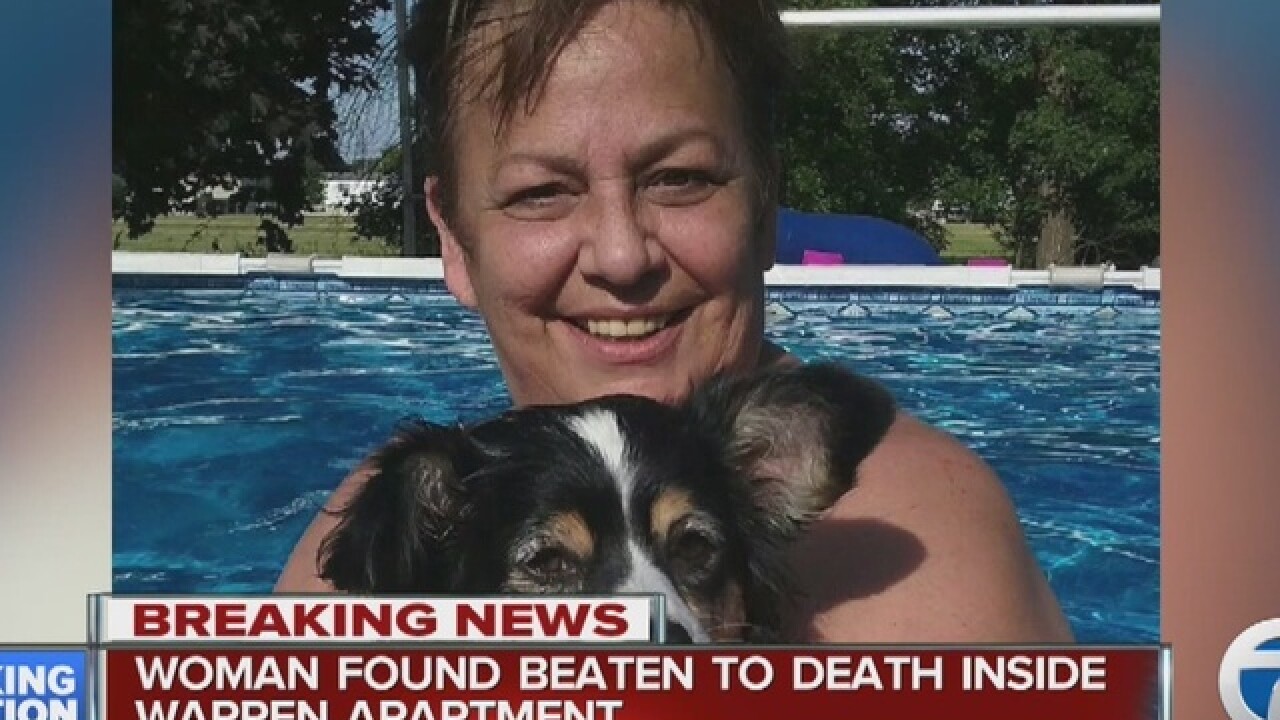 A homicide investigation is underway after a woman was found dead in an apartment in Warren.

Family members found the body of 62-year-old Donna Lawrence after going to check on her.

The shower was running when her body was found. Neighbors and crews working nearby saw the suspect knocking on her window Wednesday morning and calling her name.

That same man was seen leaving the apartment soaking wet. He got in Donna Lawrence's car, a blue Daewoo station wagon with an orange Detroit sticker on the window.

Family members are hoping someone sees the car and leads police to her killer.