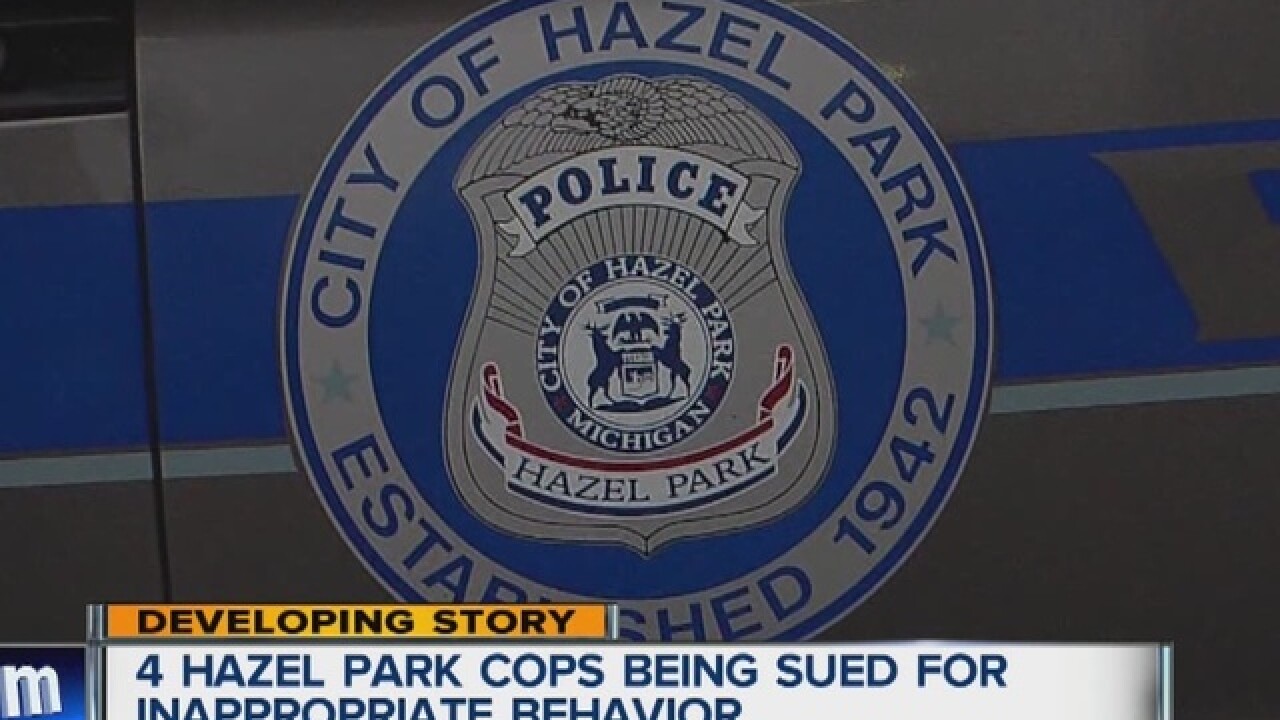 Two women are suing a group of cops in metro Detroit for a traffic stop.

The women claim four Hazel Park police officers made them expose their breasts on the side of a busy highway.

In the lawsuit, the women claim it happened during a traffic stop on I-75, around 2 a.m. on June 5. Attorneys for the women say the Tahoe they were riding in was pulled over for crossing a solid white line. The lawsuit claims an illegal search was conducted on a male passenger. A small baggie of cocaine was found in his sock.

According to the suit, the four cops then made the women bend over, lift their bras and shirts while shaking their chest in view of the highway. They claim it all happened while one of the officers recorded it on a cell phone.

We have reached out to the Hazel Park Police Department and they say they are unaware of the lawsuit.