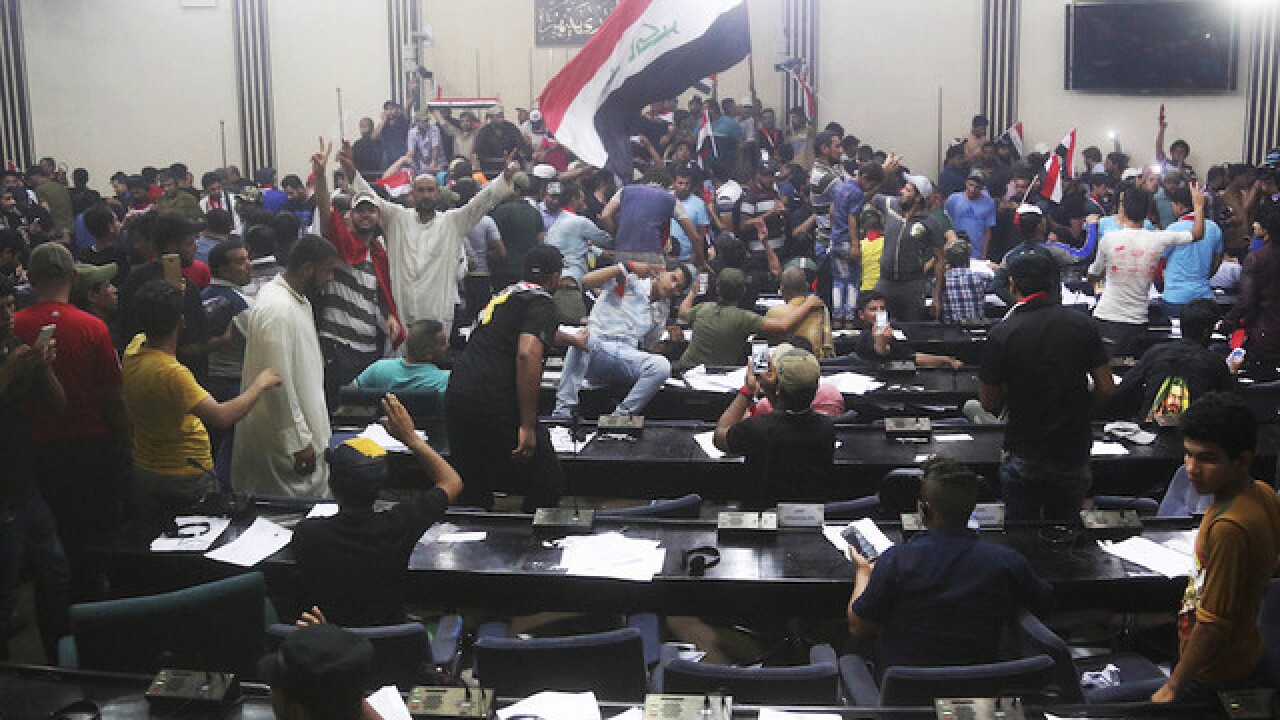 BAGHDAD (AP) — Militants on Sunday unleashed dual car bomb attacks in southern Iraq, killing at least 23 people and wounding dozens, officials said, at a time when the country's government is struggling with mounting public unrest in the capital over delays in promised reform plans.

A police officer said two parked explosives-laden cars were detonated within minutes of each other around midday in the city of Samawah. The first one near government offices, while the second exploded minutes later at an open-air bus station. At least 42 other people were wounded in both explosions and the police official said the death toll was expected to rise.

A medical official confirmed the causality figures. Both officials spoke on condition of anonymity as they were not authorized to release information.

The Shiite-dominated city is located some 370 kilometers (230 miles) south of the capital, Baghdad.

No group has claimed responsibility for the attack, but it bore the hallmarks of the Islamic State group. Commercial areas and public spaces in majority-Shiite towns and neighborhoods are among the most frequent targets for the militants, who view Shiite Muslims as apostates and seek to undermine government efforts to maintain security inside the capital.

Videos on social media showed a group of young men surrounding and slapping two Iraqi lawmakers as they attempted to flee the crowd, while other protesters mobbed lawmakers' motorcades. Jubilant protesters were also seen jumping and dancing on the parliament's meeting hall tables and chairs and waving Iraqi flags.

The protesters eventually left the parliament Saturday night and rallied at a nearby square.

Al-Sadr and his supporters want to reform the political system put in place following the U.S.-led invasion in 2003, in which entrenched political blocs representing the country's Shiites, Sunnis and Kurds rely on patronage, resulting in widespread corruption and poor public services. The major blocs have until now stymied al-Abadi's reform efforts.

On Sunday, protesters vowed to continue their sit-in inside the Green Zone until their demands are met.

"We are fed up, we are living a humiliated life," Rasool Hassan, a 37-year old father of three told The Associated Press from inside the Green Zone where thousands gathered in Saddam-era Grand Celebration Square. "We'll leave here only when the corrupt government is replaced with another of independent technocrats that serves the people not the political parties," Hassan added.

"We need new faces not the old ones," said female protester Shatha Jumaa, a 58-year old surgeon. Jumaa, who identified herself as a secularist, said she wanted the current government dissolved and replaced by a small interim administration whose job would be to amend the constitution and to prepare for an early national election.

Iraq has been mired in a political crisis for months, hindering the government's ability to combat the Islamic State group — which still controls large areas of the country's north and west — or address a financial crisis largely prompted by the plunge in global oil prices.

Iraqi security forces initially responded by tightening security across the capital, sealing off checkpoints leading to the Green Zone and halting traffic on main roads heading into the city, according to the Baghdad Operations Command.

Alarmed by the latest development, the U.N. mission to Iraq said it was "gravely concerned." It issued a statement condemning violence against elected officials and urging "calm, restraint and respect for Iraq's constitutional institutions at this crucial juncture."