Banksy painting 'self-destructs' moments after being sold for $1.4 million at auction 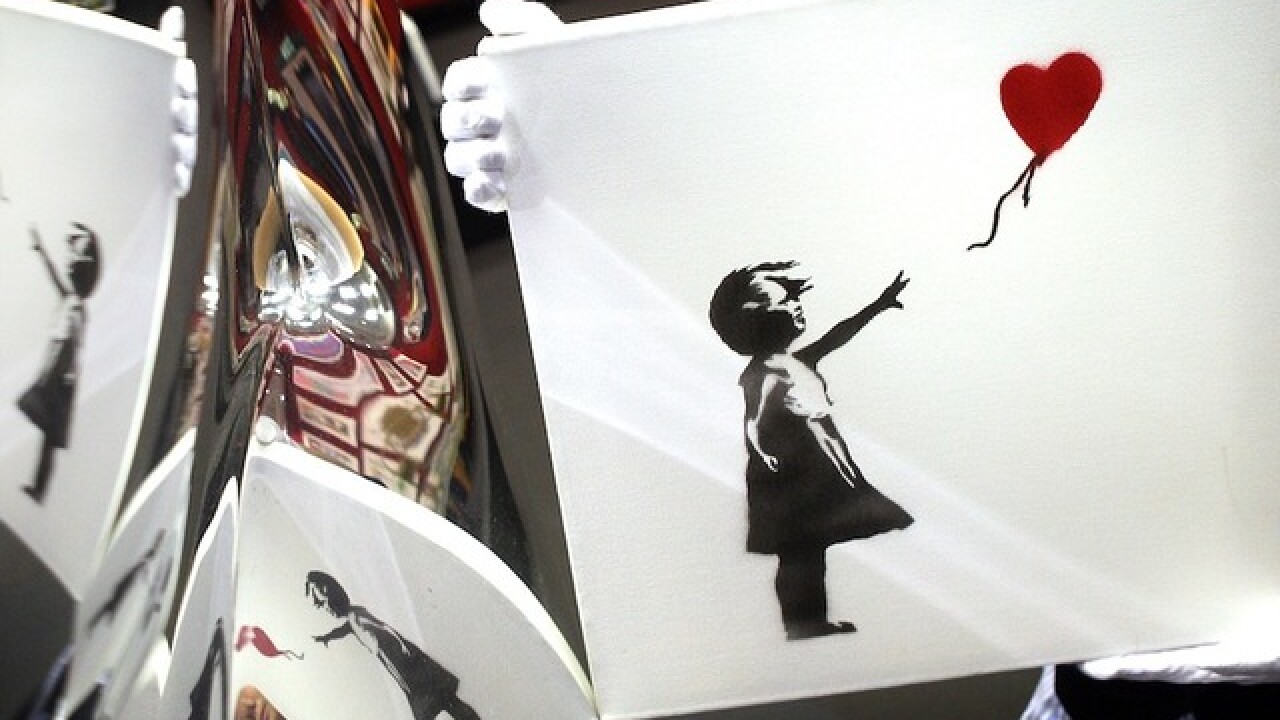 For an artist who's known for his stunts, this could be Banksy's most perfect art world prank.

After the gavel fell Friday at Sotheby's auction house in London, Banksy's Girl with Balloon was reduced to shreds -- another apparent act in the disruptive career of the anonymous British graffiti artist.

The iconic image of a girl reaching out for a red, heart-shaped balloon, sold for $1.4 million. Moments later, a shredder hidden inside the "artist's frame" started its work and the art "self-destructed," according to a news release from Sotheby's

Banksy summed up the stunt with this quote on his Instagram account -- "Going, going, gone ..." along with a picture of stunned onlookers as the shredded art emerges from the bottom of the frame.

"It appears we just got Banksy-ed," Alex Branczik, Sotheby's senior director of contemporary art, said in the news release.

On Saturday, a video posted on Banksy's Instagram account showed the secret shredder being built into the frame "a few years ago ... in case it was ever put up for auction." The artist also posted the Picasso quote - "The urge to destroy is also a creative urge."

There's no word on how the shredder started operating at the key moment after the auction, though it could have been activated by a remote mechanism.

The auction price of $1.4 million for the spray paint and acrylic on canvas Girl with Balloon tied the artist's previous record set in 2008.