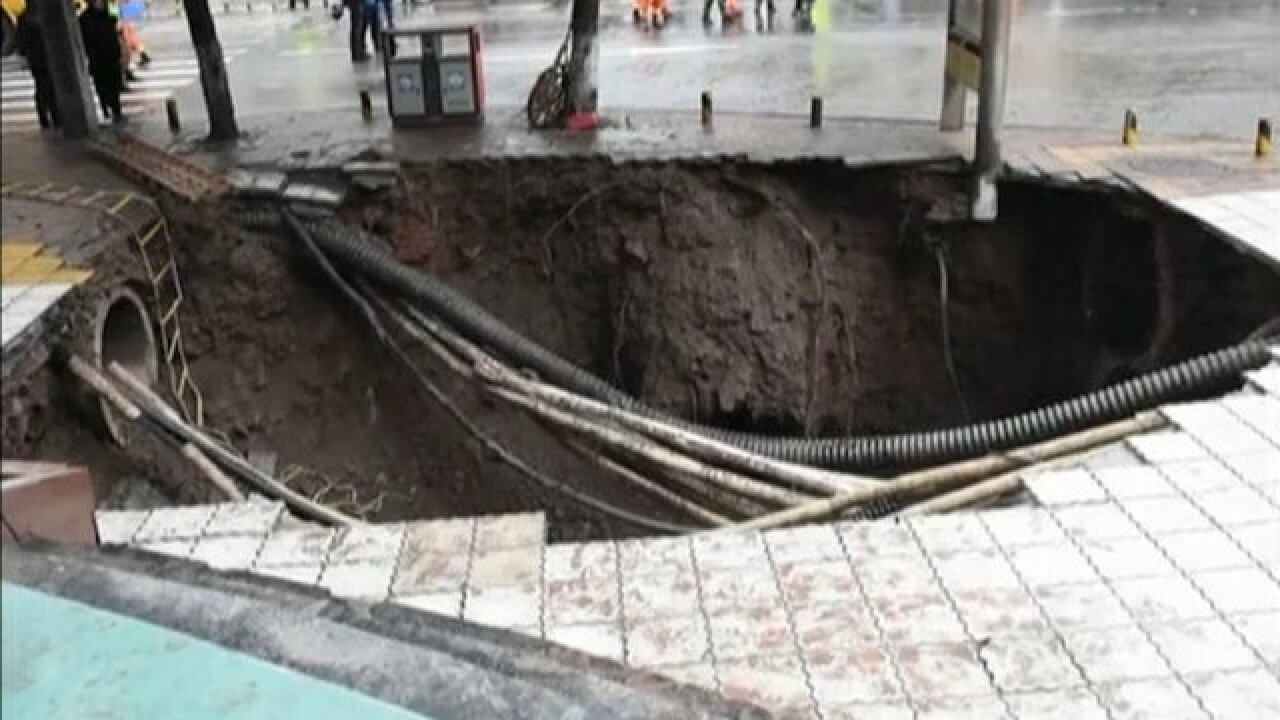 © 2018 Cable News Network, Inc.
CCTV
<p>A large sinkhole which opened up in the Chinese city of Dazhou, in Sichuan province.</p> 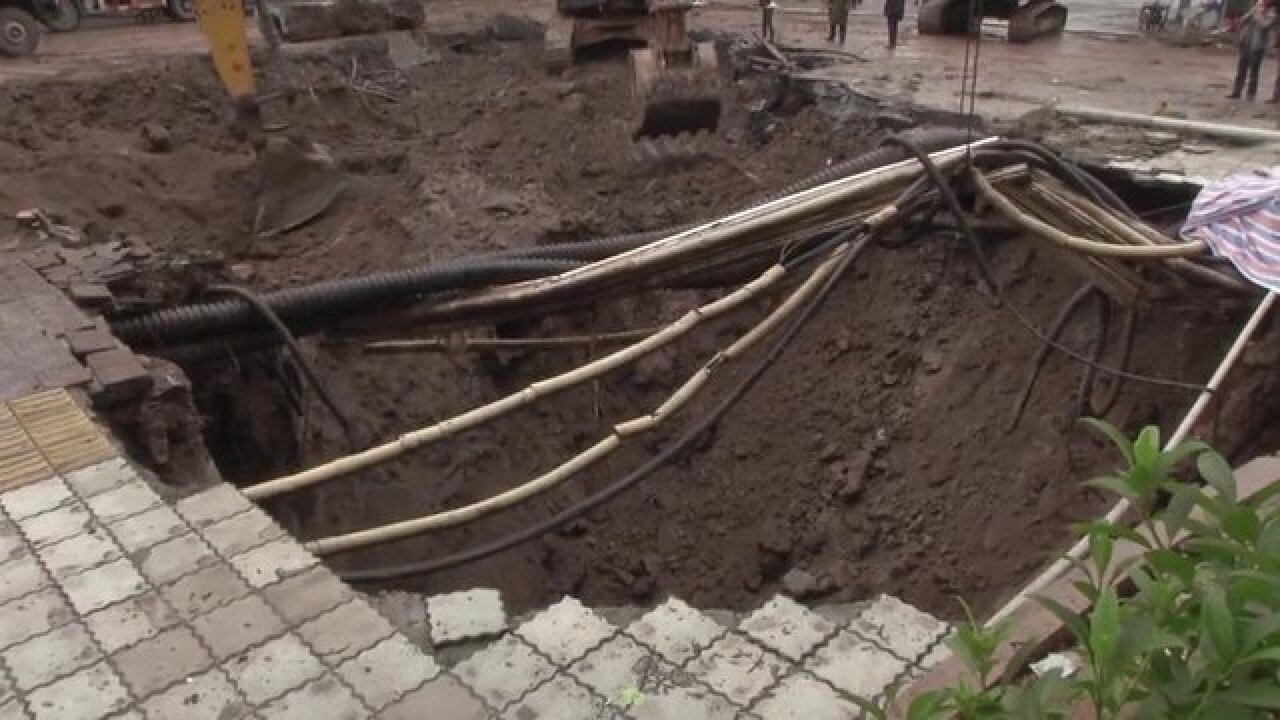 Four people have died after they were swallowed up by a massive sinkhole in a Chinese city, despite desperate rescue efforts to save them.

According to state media, the sinkhole opened up around 2:30 p.m. Sunday in Dazhou, Sichuan province. Dramatic video from the scene showed people suddenly plunging through the pavement as it collapsed beneath them.

Two victims died after being pulled from the pit and rushed to a hospital, state media said. They were reportedly married only days before.

Efforts to rescue the other victims, a father and his young son, were unsuccessful, with the two found dead on Tuesday afternoon.

"The biggest difficulty is that the road surface is thick with a large amount of soil," Gao Mingyue, a fire service official, told state broadcaster CCTV, earlier in the search.

More than 40 firefighters were involved in the rescue effort. The government still hasn't disclosed what caused the deadly sinkhole to suddenly appear.

Sinkholes typically form when acidic rainwater dissolves limestone or similar rock beneath the soil, leaving a large void that collapses when it's no longer able to support the weight of what's above -- whether that be an open field, a road or a house.

The cave-in area was more than 10 square meters (107 sq ft), the broadcaster said.

"When we arrived, the caved-in area was not big, which only covered two meters both in length and depth. But during the rescue process, it collapsed again, causing another two-meter sink. Firefighters at once evacuated while doing the rescue work," Gao said.

The presence of high-voltage power cables and water pipes made the rescue work especially difficult.

"Given what we found in the hole, cables are crossed in a mess, including two high-tension lines, weak electric wires and gas pipelines," Gao added.