Hurricane-like Zorba lashes Greece as it barrels toward Turkey 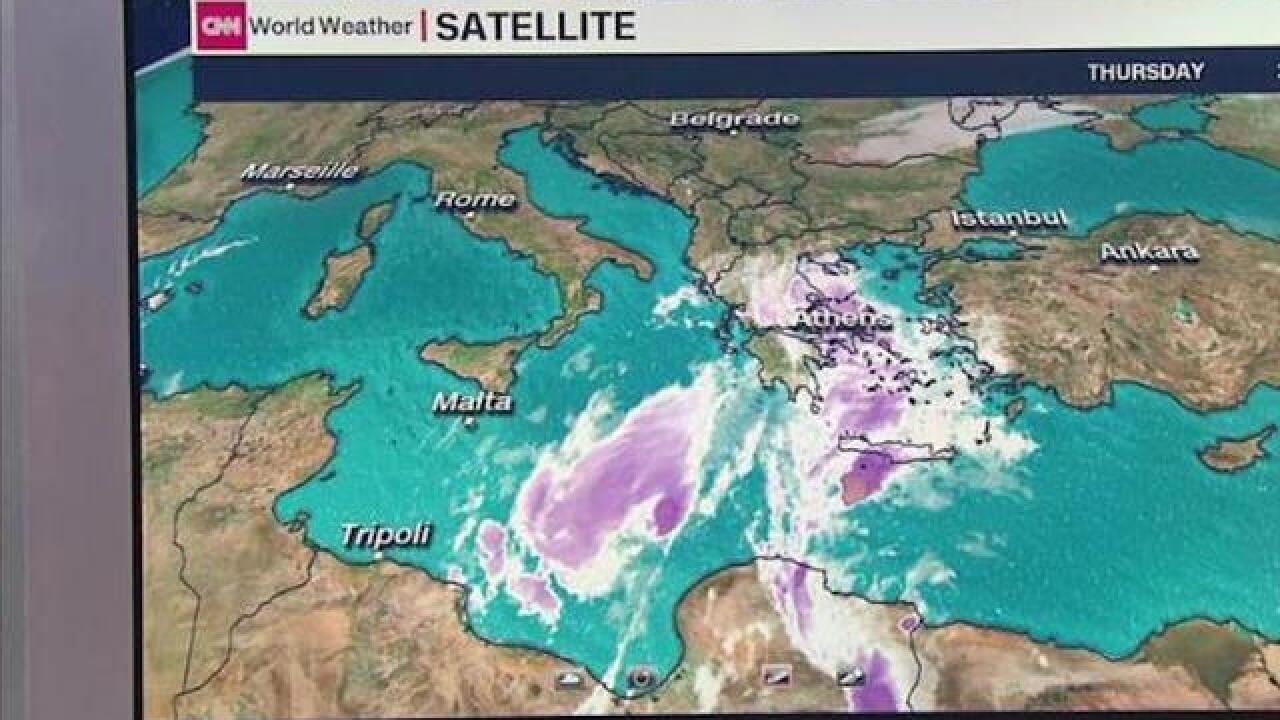 The eastern Mediterranean is getting battered Saturday as a rare and powerful hurricane-like storm roars across Greece, triggering flooding as it makes its way toward Turkey.

The storm, called Zorba, on Saturday morning lashed the Greek coastal city of Kalamata and other spots along the Peloponnese coast, knocking out power in the town of Pylos.

Zorba has been dubbed a "Medicane" because of its location in the Mediterranean and its tropical-storm-like qualities. Such storms only occur once or twice a year, usually during September and October, when sea surface temperatures are warm.

Zorba is expected to be particularly strong in the eastern Peloponnese and eastern central Greece and the Athens region, Greece's National Meteorological Service warned Saturday afternoon.

It is also expected to bring gale-force winds by night to the Aegean Islands, where Syrian refugees are crowded into camps.

Early Sunday morning, the extreme weather will mostly affect the eastern and southern Peloponnese, then move into Turkey, the meteorological service said.

Authorities have warned that roofs could be damaged, with winds feared to reach 70 to 90 kmh (43 to 56 mph), MGM said.

The agency also warned of storm surge and falling trees.

The storm earlier in the week triggered flash flooding across Tunisia and Libya. That was before it crossed over the Mediterranean and took aim at Europe.

Because of climate change, storms like Zorba, which usually happen near the equator, are expanding their reach, Hasan Çukur, head of Dokuz Eylül University's geography department, told the state-run Anadolu Agency on Saturday.

"The more the temperature rises across the world," Çukur said, "higher will be the chances of these storms in Turkey."