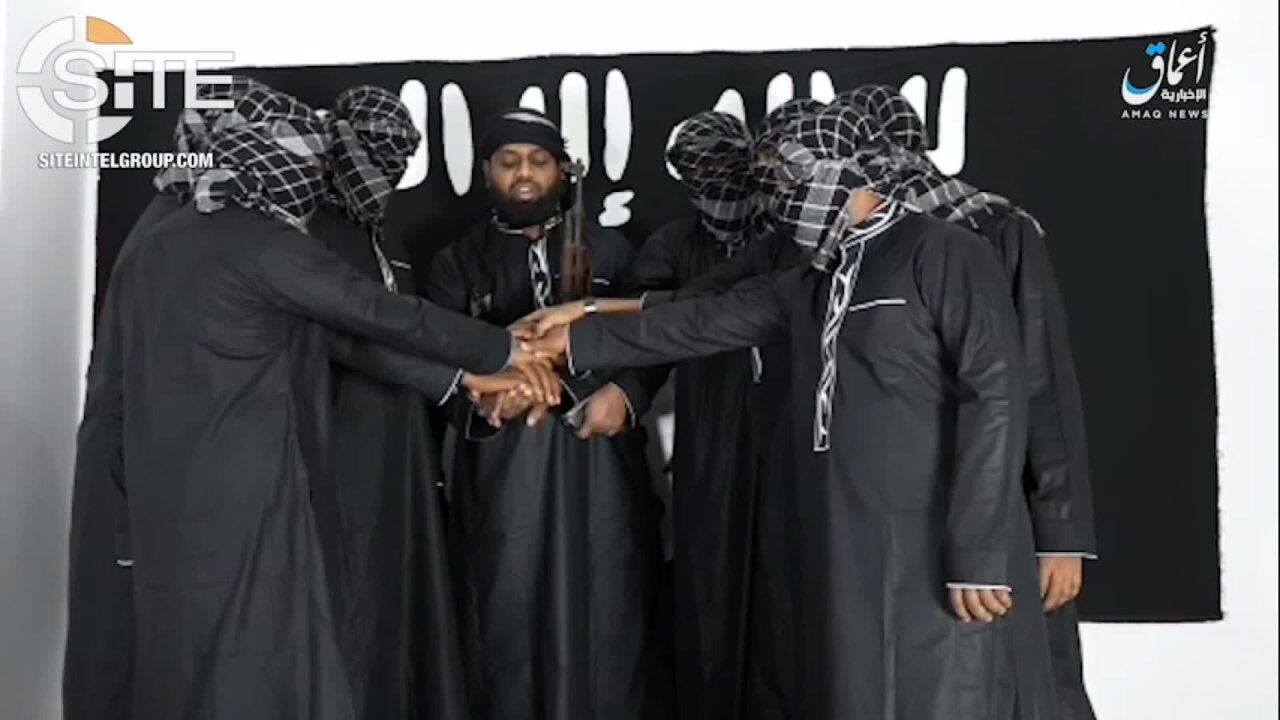 Zahran Hashim preached hate and violence for years. On Easter Sunday, he put his words into action.

Sri Lankan officials said Friday that Hashim — apparently a leading figure in the band of suicide bombers who targeted hotels and churches across the country — blew himself up at the Shangri-La hotel in Colombo.

The bombings, which killed at least 250 people and injured more than 500, shattered a hard-won peace that had prevailed for a decade, after a 25-year civil war. For many Sri Lankans, not least the country's Christian community, which lost dozens of worshipers to the attacks, they came from nowhere.

But there were numerous warning signs, particularly about Zahran. He had been preaching -- and practicing -- violence against other faiths for years. On YouTube, increasingly radical sermons could be viewed by young Sri Lankans until the platform removed them this week.

In the weeks leading up to the attacks, India's intelligence service attempted to warn the Sri Lankan authorities about Zahran, after interrogating an ISIS suspect who claimed to have radicalized the preacher himself, an Indian intelligence source said.

Zahran's name appears on a memo dated April 11 and signed by Sri Lanka's Deputy Inspector General of Police. The memo, circulated widely to a range of security services, warned of attacks on churches -- but Zahran was not picked up before the Easter Sunday bombings.

Zahran was seen on a video published after the bombings by a news agency tied to ISIS, surrounded by other the perpetrators. In the video, Zahran pledges allegiance to the terror group's leader, Abu Bakr al-Baghdadi.

In Kattankudy, a predominantly Muslim town in eastern Sri Lanka, Zahran's name still inspires terror, even in death. No locals would go on camera to talk about him, for fear of reprisals.

Those fears appear to be well founded. In a local mosque, next to a shrine draped in gold fabric and topped with flowers, CNN spoke to worshipers who said they had been harassed and terrorized by Hashim and other radical Muslims for years.

They are Sufis, practitioners of a mystical form of Islam that was traditionally the majority in Sri Lanka. Sufism transcends sectarian divides in the religion, and is loathed by Islamic fundamentalists , many of whom have attacked Sufi shrines and killed imams and worshipers.

Extremists consider Sufis to be kafir, or unbelievers, and in one video on YouTube, Zahran said that if someone "is a kafir he is to be killed according to Sharia law." In Kattankudy, local Sufis ticked off a litany of harassment and violence in recent years, including bullets fired at the mosque offices and a 2017 attack by Zahran and a mob of followers wielding swords.

After that attack, Zahran apparently went into hiding, but continued to put out his increasingly radical YouTube sermons. Those videos greatly alarmed leaders of Sri Lanka's Muslim community. "I sent videos he made promoting jihad to (the authorities) saying please locate him," said Reyyaz Salley, chairman of Colombo's Dewatagaha mosque, the oldest in the city.

Hilmy Ahamed, vice president of the Muslim Council of Sri Lanka, said that he also took Zahran's videos to the authorities and urged them to arrest him. He did so again after some alleged followers of Zahran vandalized Buddhist statues in central Sri Lanka in 2018, a move which sparked a brief angry backlash by locals and an investigation which appears to have come close to uncovering plans for greater violence.

"In 2018 when Buddhist statues were defaced, (Zahran) was the mentor of this youth who did the defacing," Ahamed said. "He preached to them that Islam prohibits idol worship so statues should be destroyed." But Zahran wasn't arrested, and tragedy was not prevented.

CNN has asked police to comment. So far, there's been no response.

Sri Lankan Sufis said that hostility against them has increased in recent years, a change they blame on the influence of extremist ideology imported from the Gulf and reinforced by money which has poured in from overseas to fund radical mosques and schools, dozens of which have sprung up around the country.

"The Muslim community got divided," Ahamed said. "Middle Eastern countries kept funding mosques, sometimes you might even see two mosques side by side. They can't even fill half a mosque but there are two next door to each other."

He blamed funding from Saudi Arabia and other countries, along with the movement of workers around the Muslim world. "Traditionally Sri Lankans follow and Indian brand of Islam," Ahamed added. "But with the world opening up and especially Sri Lankan labor moving into the Middle East they brought back quite a lot of the Saudi (style) Islam."

Zahran's mosque is located in a residential part of Kattankudy. A modern-looking building, it was still under construction this week but was already impressive. It had more of an air of a youth club or gym than a house of worship. Piles of Korans could be seen in one of the windows. Locals said youngsters gravitated towards it because they can't speak the Arabic of the Koran and want it interpreted for them -- even if that interpretation is an extreme one.

Zahran didn't wait to see his mosque finished. Years of extremism and hate culminated on Easter Sunday when, according to Sri Lankan officials, he walked into a cafe overlooking the sea at the Shangri-La hotel in Colombo's upscale Galle Face area, setting off his device as guests ate breakfast.

Authorities have yet to release a full list of the Easter Sunday bombers, but Zahran was linked to the Shangri-La location by the media team of President Maithripala Sirisena. Officials have also said privately that the Shangri-La was targeted by a second bomber -- Ilham Ahmed Ibrahim, one of two sons of a prominent Colombo spice trader to have taken part in the attacks.

Separately, a high-level intelligence source with direct knowledge of the investigation told CNN that Zahran's identify as a Shangri-La bomber was "about 75% confirmed" but that officials had only conducted a photographic comparison. A DNA test was yet to be carried out, the source added.

Of all the attackers, Zahran's appears to have been the most familiar to the Sri Lankan authorities. His final moments were caught on camera as he entered the hotel -- why he was never caught in person still remains to be explained.