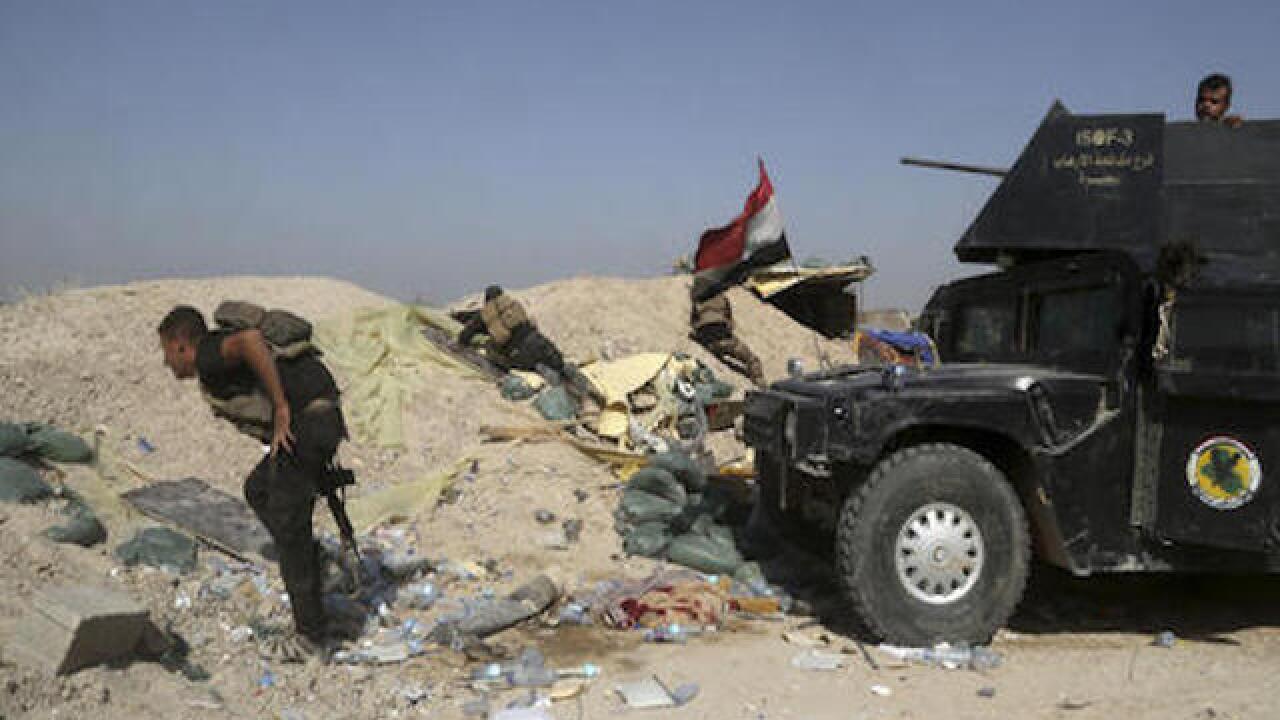 Copyright Associated Press
Khalid Mohammed
<p>Iraqi counterterrorism forces face off with Islamic State militants in the Nuaimiya neighborhood of Fallujah, Iraq, Wednesday, June 1, 2016. The U.N. children's fund has issued a stark warning to Iraqi troops and Islamic State militants to spare the children amid a battle to retake the city of Fallujah city. UNICEF says it's concerned for the safety of an estimated of 20,000 children trapped inside this city west of Baghdad as very few families have managed to flee Fallujah since the offensive started more than a week ago. (AP Photo/Khalid Mohammed)</p>

BAGHDAD (AP) — The U.N. children's fund on Wednesday issued a stark warning to Iraqi troops and Islamic State militants in the battle for Fallujah to spare the children, the most vulnerable among the tens of thousands of civilians who remain trapped by the fighting for control of this city west of Baghdad.

Backed by aerial support from the U.S.-led coalition and paramilitary forces mainly made up of Shiite militias, Iraqi government troops more than a week ago launched a military operation to recapture Fallujah which has been under control of the extremist group for more than two years.

As the battled unfolded — with Iraqi forces this week pushing into the city's southern sections after securing surrounding towns and villages — more than 50,000 people are believed to be trapped inside the Sunni majority city, about 65 kilometers (40 miles) west of Baghdad.

The UNICEF estimated the number of the children trapped with their families inside the city at about 20,000, warning that they face a dire humanitarian situation, in addition to the risk of forced recruitment into the fighting by the IS militants.

"Children who are forcibly recruited into the fighting see their lives and futures jeopardized as they are forced to carry and use arms, fighting an adults' war," the organization said in a statement. It called on "all parties to protect children inside Fallujah" and "provide safe passage to those wishing to leave the city."

On the ground, Iraqi special forces continued their push into the city from its southern edge, said Brig. Haider al-Obeidi with the elite counterterrorism troops. Al-Obeidi described the clashes underway Wednesday as "fierce" and said the Iraqi troops were facing tough resistance from IS militants.

Fallujah was the first large city in Iraq to fall to IS and it is the last major urban area controlled by the extremist group in western Iraq. The Sunni-led militants still control the country's second-largest city, Mosul, in the north, as well as smaller towns and patches of territory in the country's west and north.

The fight for Fallujah is expected to be protracted because the Islamic State group has had more than two years to dig in. Hidden bombs are believed to be strewn throughout the city, and the presence of trapped civilians will limit the use of supporting airstrikes.