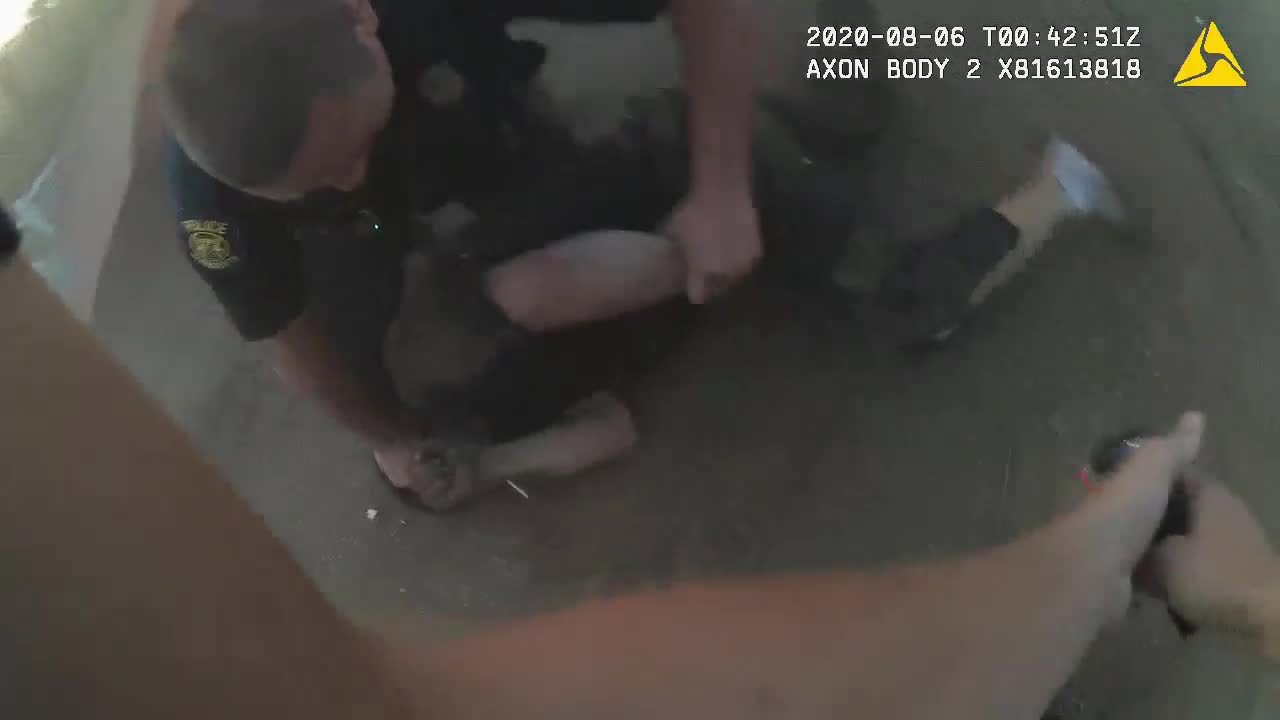 WYANDOTTE, Mich. — Bodycam video captures the dramatic moments Wyandotte police deployed their Taser during the chase and arrest of a man suspected in a string of home invasions.

Wyandotte police said they believe the suspect is responsible for a string of home invasions, car thefts and a host of other property and violent crimes.

The chase started early Thursday when police were called to a potential break-in. When they arrived, the suspect took off on foot and jumped a fence into a scrapyard. Police chased him as he stole a dump truck, took off and ultimately crashed.

Bodycam video shows the suspect jump out of the truck and attempt to swing at the officers, according to police.

He was taken into custody immediately. There are no details on charges.