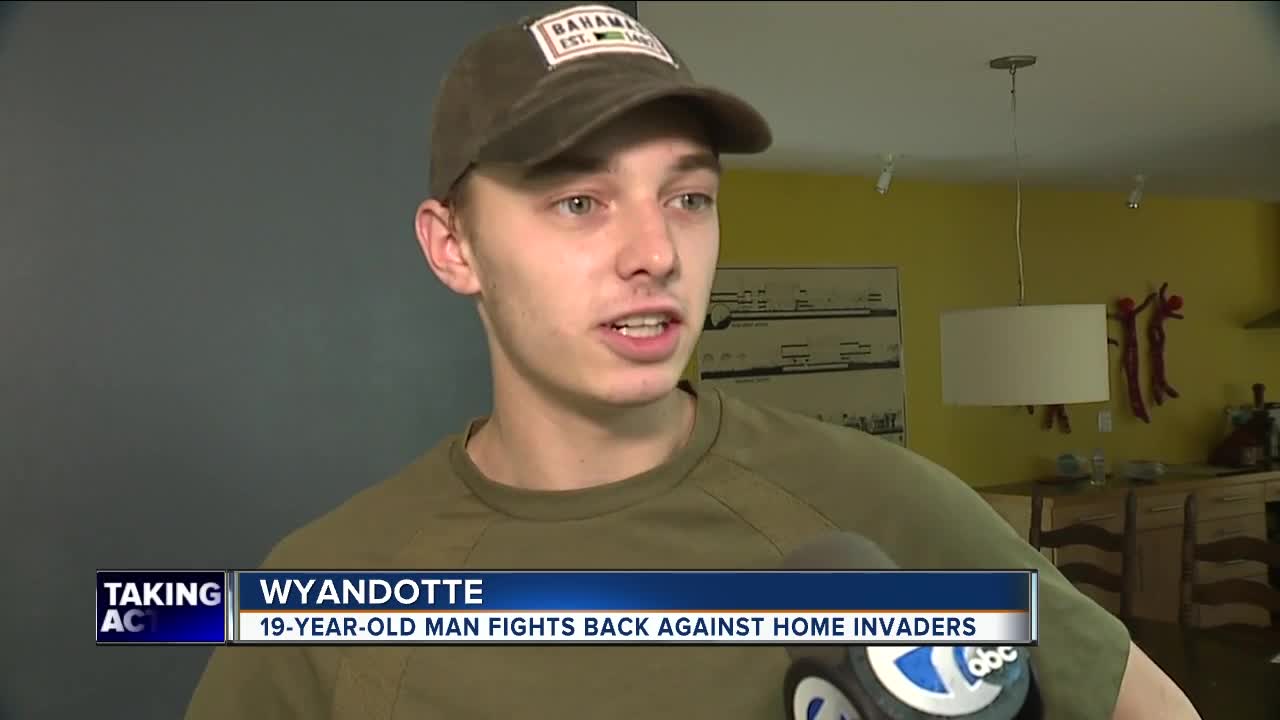 "The victim did a good job fighting back. He was fighting for his life," said Wyandotte Deputy Police Chief Archie Hamilton about the victim of a home invasion that took place the morning of June 12, not far from Eureka and Fourth streets. 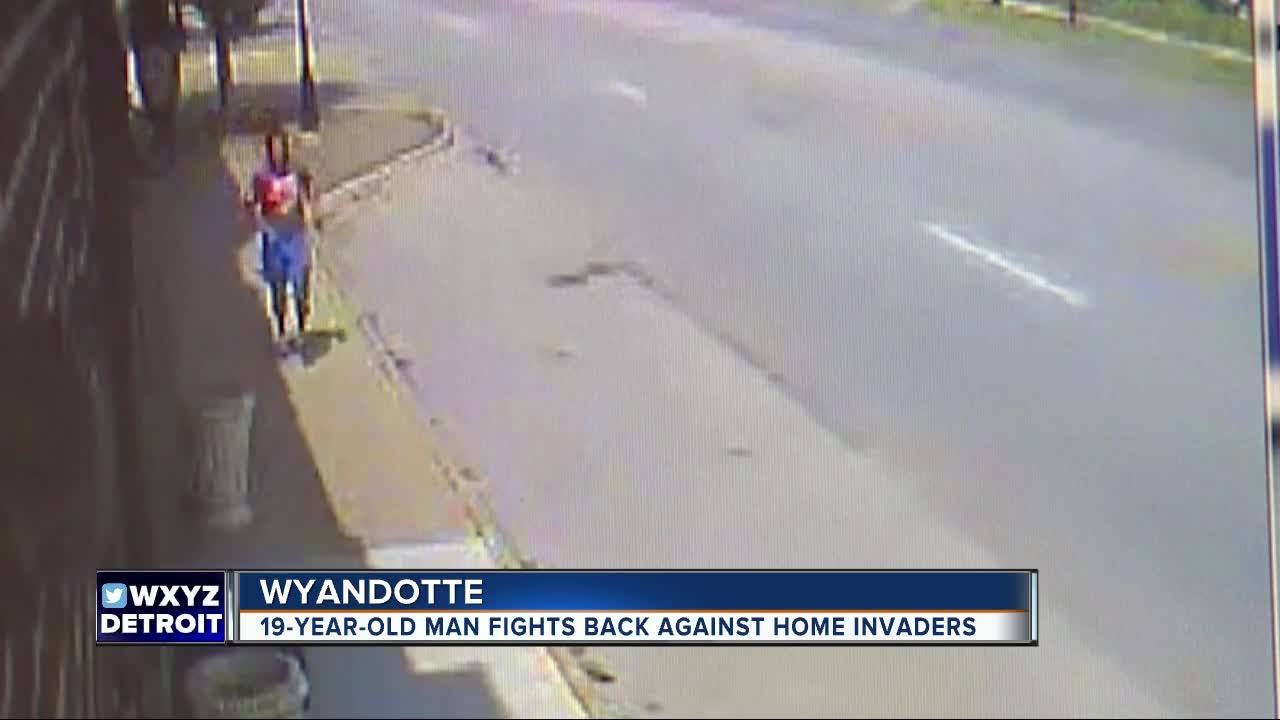 WYANDOTTE (WXYZ) — "The victim did a good job fighting back. He was fighting for his life," said Wyandotte Deputy Police Chief Archie Hamilton about the victim of a home invasion that took place the morning of June 12, not far from Eureka and Fourth streets.

"I just got pistol-whipped in the face," said Aaron, who fought back when he was face-to-face with one of the two intruders.

"He started hitting me and I couldn't talk or do anything," said the teen who wondered if he was going to stop breathing and die. "I was on the ground and he had his knee on my neck so I couldn't really speak."

But then came the adrenaline rush.

The teen got the strength to free himself and struggle for the gun, and that's when he said the intruder began yelling to an accomplice, who was also in the house, for help.

"He started screaming for help because I got the gun out of his hand," Aaron said.

The firearm fell and as the intruder looked for it, Aaron, who only wanted us to use his first name, ran out of the house and to a neighbor's home where 911 was called.

Wyandotte police said the third suspect, who stayed near a liquor store as a lookout, is seen on surveillance video jogging away from the location and to a silver Ford Taurus that was parked nearby.

Witnesses said the three men hopped into the vehicle and fled the area.

Police are hoping someone recognizes the third suspect and the "Money in the Clutch" writing that was on his black t-shirt in orange lettering. He was also wearing blue shorts. Aaron said he was just glad he survived, telling 7 Action News, "I'm blessed to be here."

Anyone who can identify the suspect seen on surveillance video, or has information about any other suspect, is urged to call Wyandotte Police Detective Joe Carr at 734-324-4433.