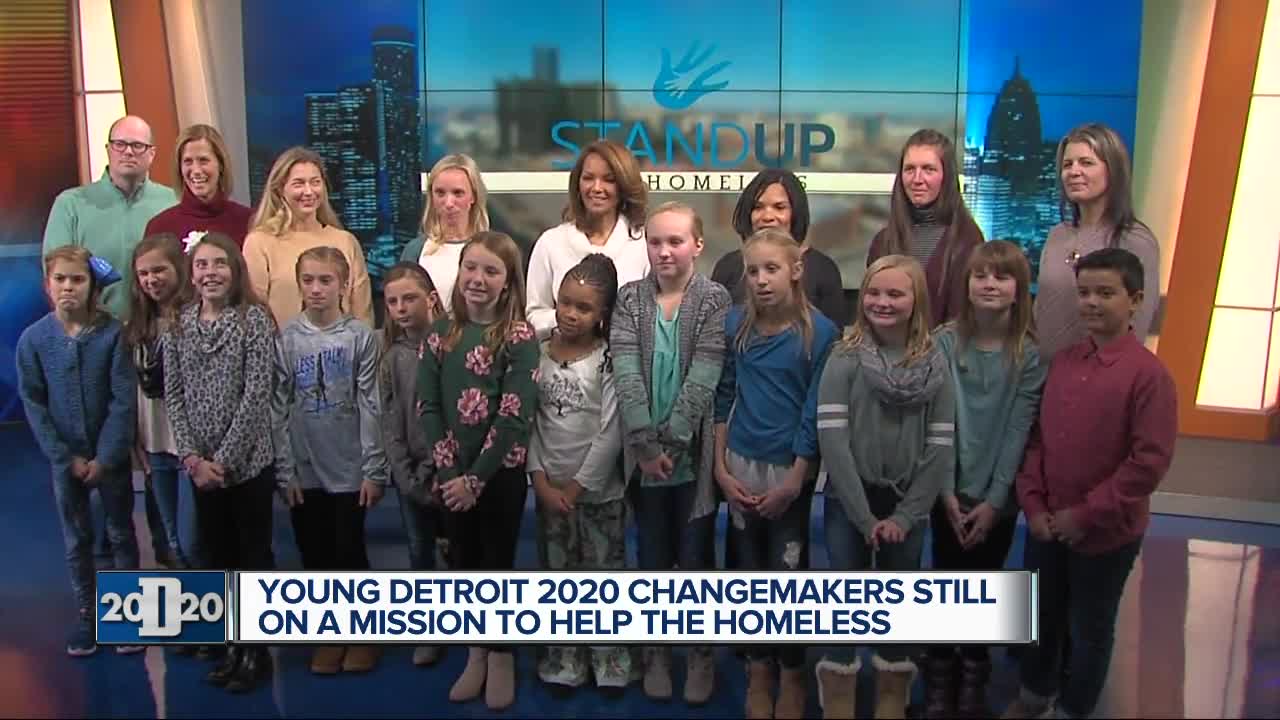 Our youngest Detroit 2020 changemakers are still on a mission to help the homeless.

(WXYZ) — We want to revisit two of our youngest Detroit 2020 Changemakers.

At only 9 years old, they wanted to tackle the very adult problem of homelessness, and now, their small mission to help people living on our streets has grown by leaps and bounds.

In 2016, there were nearly 100,000 homeless people in Michigan, and with the cold and snow, the shelters are full.

But instead of thinking of themselves, Jazmine Barnett and Merit Curry decided to collect food and clothing for the homeless at Grace Centers of Hope in Pontiac.

They were third graders at Baldwin Elementary School in Rochester Hills.

They started a club at their school called Stand Up for Homeless. Their first official meeting was Oct. 25 of this year, and they came up with a marketing strategy.

"We also made poster and flyers to take to school to tell them about the donation drive," Merit said.

Their club has grown from two, to now more than a dozen strong. They all came with their parents to give us an update on their progress.

"We have been collecting lots of clothes, and we have almost reached our goal, we are at 48 percent," Jazmine said.

Now, they have partnerships from more than 100 employees at Beaumont in Southfield, where they can select one of about 1,400 items to purchase.

Linos in Rochester has also partnered to donate soup to the warming shelter, and 2 Men and a Truck supplied boxes and delivery or the donated goods.