'It made me sad.' Rep. Debbie Dingell responds to Trump's comments about late husband 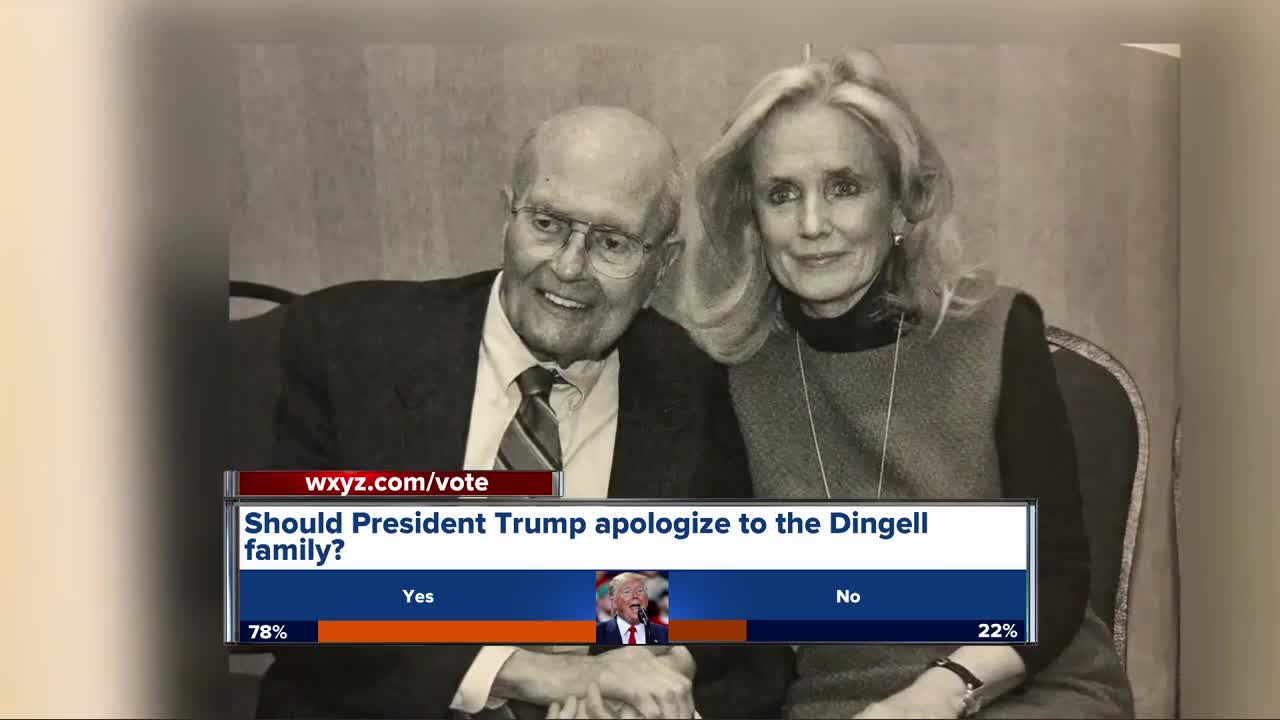 Wednesday evening at a campaign rally in Battle Creek, President Trump took jabs at Rep. Debbie Dingell and her late husband Rep. John Dingell, expressing his displeasure with her vote in favor of his impeachment. 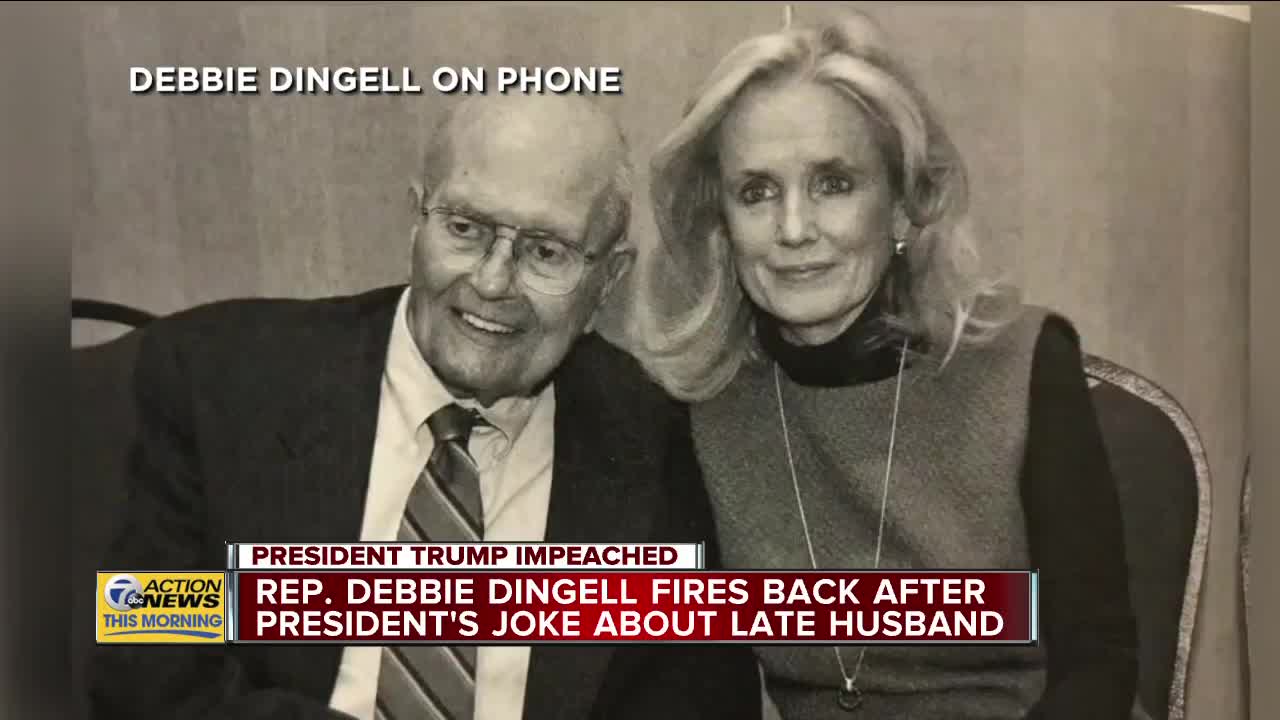 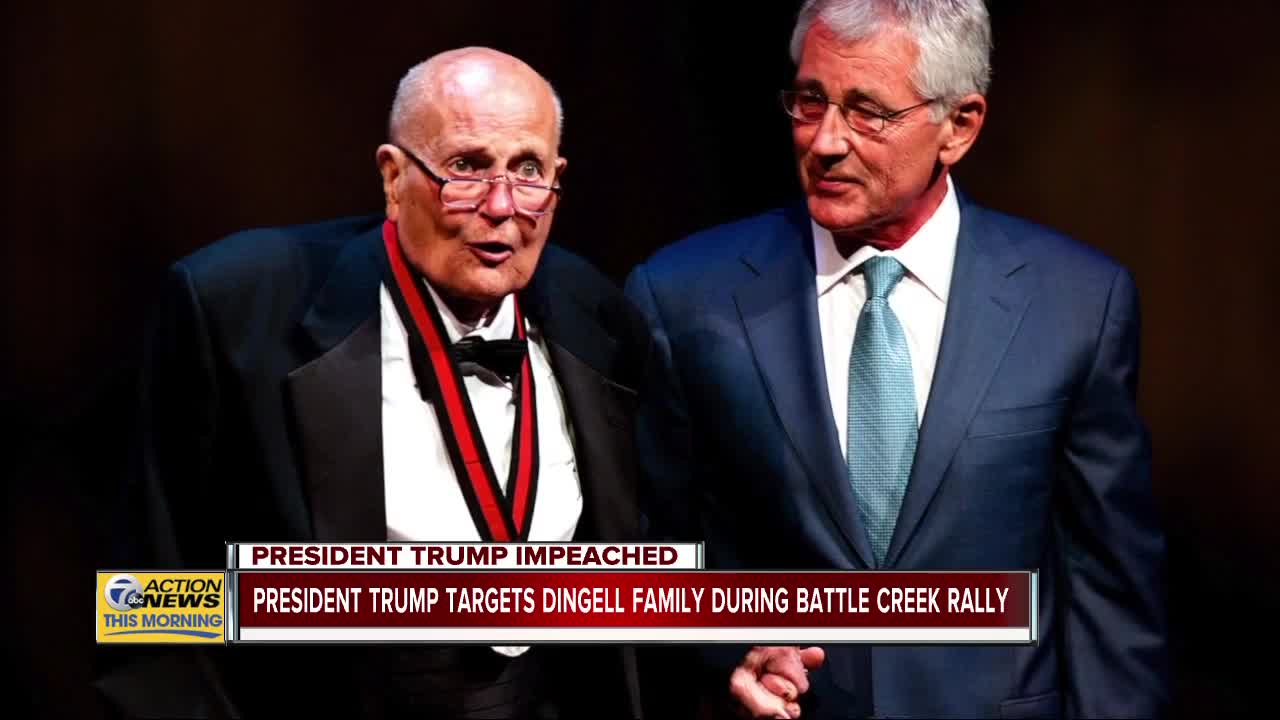 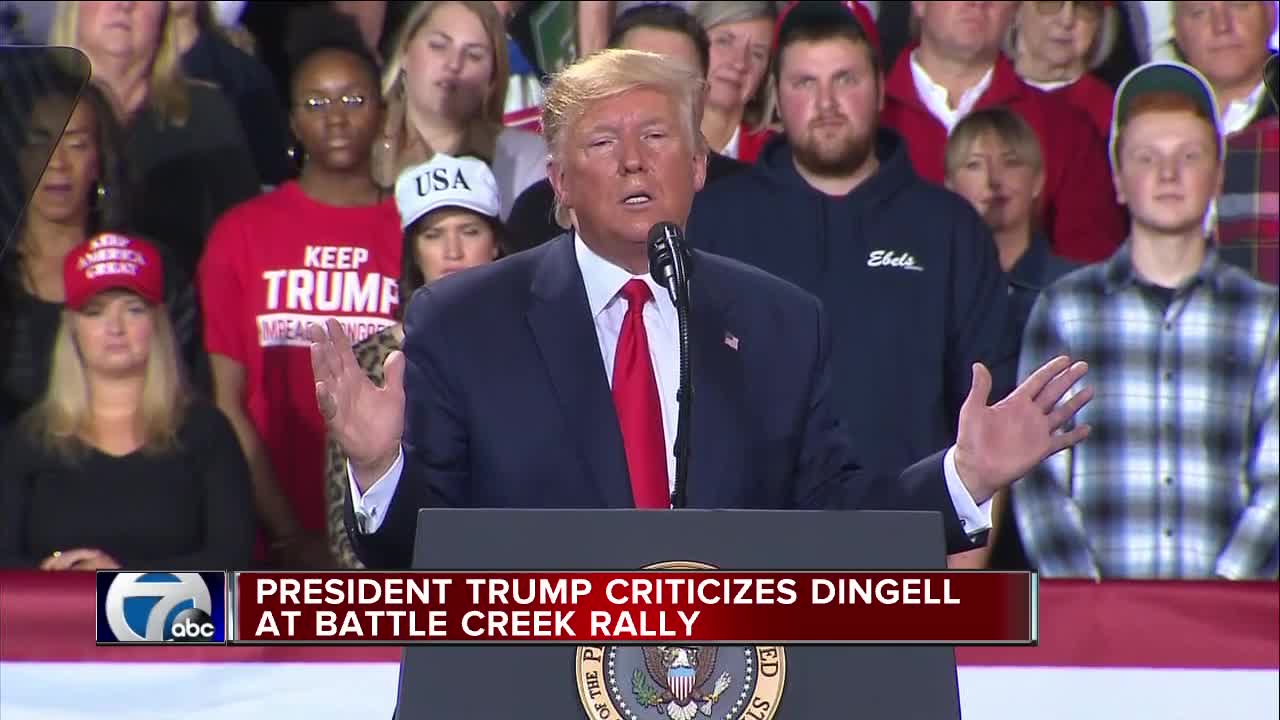 (WXYZ) — Wednesday evening at a campaign rally in Battle Creek, President Trump took jabs at Rep. Debbie Dingell and her late husband Rep. John Dingell, expressing his displeasure with her vote in favor of his impeachment.

Trump said he gave the late congressman the "A-plus treatment" when he passed, although Debbie still voted in favor of his impeachment.

After John Dingell's passing, Trump said Debbie called him up, thanking him for honoring her husband. In a cross remark, Trump said that during the conversation Debbie mentioned that John is probably looking down from heaven, pleased at how he was remembered. Trump said during his speech Wednesday that maybe John was actually "looking up," referencing that he may not have gone to heaven.

This is the moment @RepDebDingell is responding to, when @realDonaldTrump indicated her late husband might looking "up" instead of "down" after his passing. The comment comes on the heals of @RepDebDingell yes vote on impeachment. @wxyzdetroit https://t.co/diFrzgE5Iy pic.twitter.com/naFc3KCC02

President Trump added that he believed that Debbie would have voted no during the impeachment proceeding, due to her previously expressed gratitude.

"Let's put it this way, it was the most profuse thank you that you could ever get," he said. "On a scale of 0 to 10, it was a 10. Now they talk about this phony impeachment."

Debbie responded on Twitter saying that Trump's words were "hurtful" and made her "healing much harder."

Mr. President, let’s set politics aside. My husband earned all his accolades after a lifetime of service. I’m preparing for the first holiday season without the man I love. You brought me down in a way you can never imagine and your hurtful words just made my healing much harder.

I just got off the phone with @RepDebDingell, this was her response when I asked what she thought of the presidents comments.