Rebound Detroit: What to do if you receive 'stop payment indicator' on unemployment payments 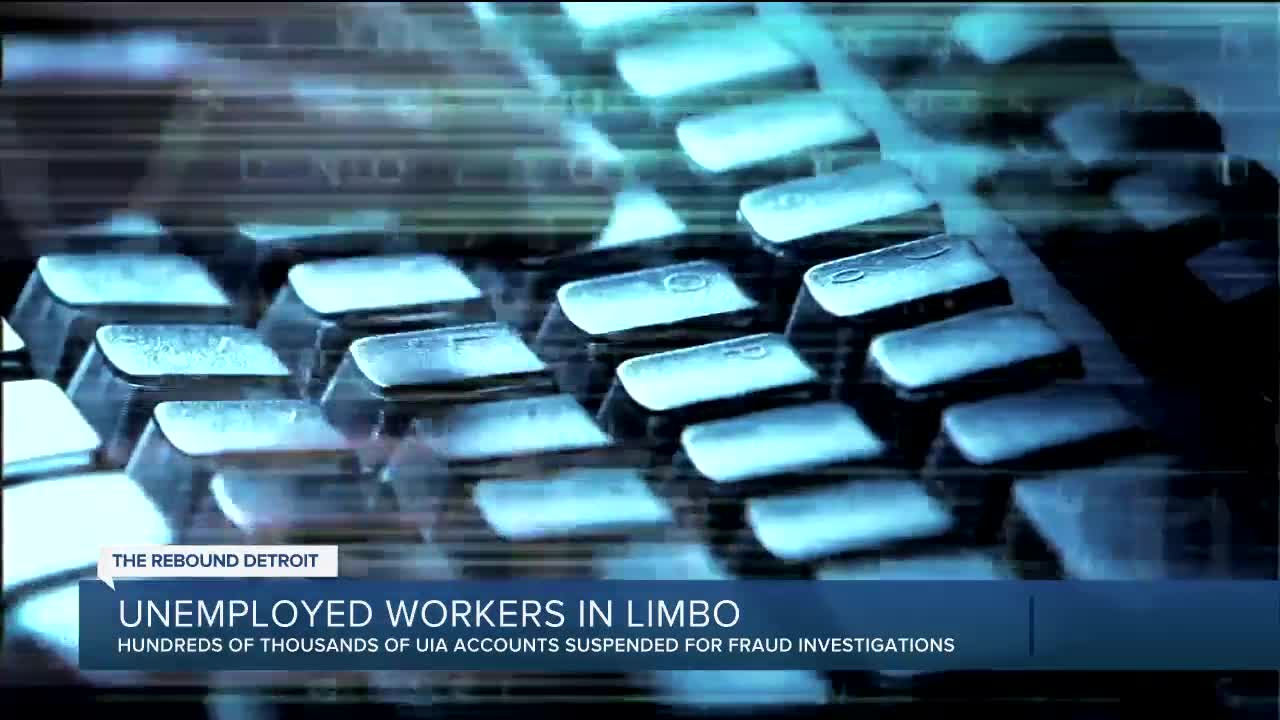 MACOMB, Mich. (WXYZ) — Since March, the Unemployment Insurance Agency has received more than 50,000 reports of unemployment fraud and identity theft.

Earlier this month, the state responded by adding new fraud protections to the system which flagged and shut down hundreds of thousands of accounts.

Claimants were asked to verify their identity. But that was weeks ago and unemployed workers tell 7 Action News Ameera David they are still waiting for their accounts to unfreeze as the bills continue to pile up.

Michigan is not the only state battling unemployment insurance fraud, but it sure has complicated a system already riddled with delays.

One Macomb couple reached out to 7 Action News after having both of their accounts frozen and nowhere else to turn.

"We’re at the age where we want to retire, and it’s money that’s going to take us awhile to recoup."

Doug and Valerie Lassing are nearly $7,000 dollars in the hole, a loss that began when their critical unemployment benefits were suddenly blocked.

"I got the stop payment indicators," said Valerie.

"We were totally confused. There was no information available from the unemployment offices, but
you couldn’t talk to anybody," said the couple. "We called hundreds of times."

And they are not alone. That confusion, anxiety and frustration is shared by more than 300,000 others as the unemployment agency freezes payments amid a law enforcement probe after detecting a significant amount of fraud in new applications.

"International criminals have inundated state unemployment programs across the country with fraudulent imposter claims," said Jeff Donofrio, the state Director of the Department of Labor and Economic Opportunity. "It’s so incredibly upsetting and sickening that criminals taking advantage of this crisis have made it more difficult for those in need to get their benefits."

But the UIA never made clear to the Lassings how they and thousands others fell under the microscope.

7 Action News asked the unemployment office: They denied an on-camera interview and said they could not “divulge details” on their “ongoing investigation of criminal activity.”

But told us the imposter claims were filed using personal information leaked online from third party data breaches. And said they were working as fast as possible to validate authentic claims, allocating 800 full-time staff exclusively to that task.

The Lassings submitted all of their documents weeks ago, but to date, are still waiting for these three cryptic words to go away.

"Hard going through your savings, and it was hard not knowing how this was going to all work out. I mean there was no end to it," said Valerie.

As for the Lassings, after we spoke to the UIA, there was a glimmer of hope.

Valerie and Doug's issue has been cleared up. They're both expecting payment in the next week. Needless to say they are still relieved.

But thousands more are still waiting, and 7 Action News will keep pressing for answers.