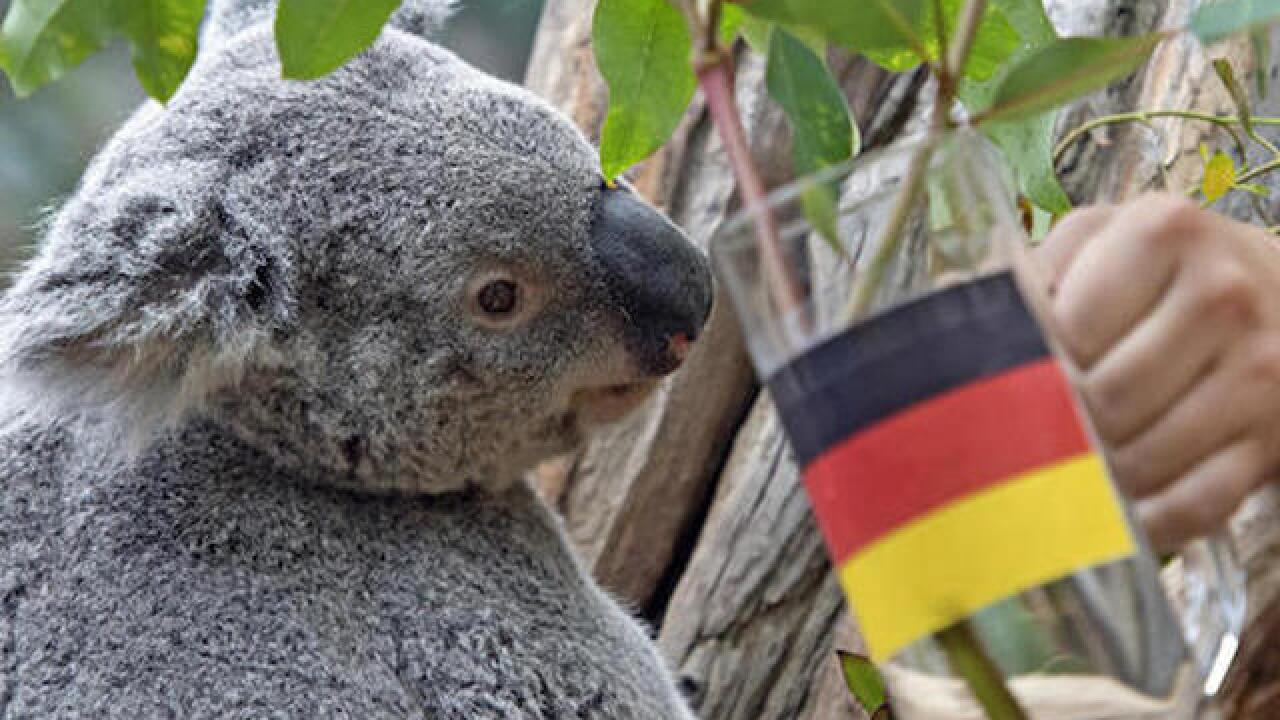 Copyright Associated Press
Jens Meyer
<p>The male Koala Oobi-Ooobi predicts Germany to be the winner of the UEFA Euro 2016 match between Germany and Poland to be held tomorrow in France, at the Leipzig Zoo in Leipzig, central Germany, Wednesday, June 15, 2016. He took out the eucalyptus branch from the glass with the German flag. (AP Photo/Jens Meyer)</p>

BERLIN (AP) — The animals are at it again, and they say Germany will beat Poland.

Nelly the Elephant on Wednesday predicted a narrow victory for the world champions by choosing — hesitantly — to kick a ball into a goal marked with Poland's flag, according to her keepers at the Serengeti Park in Hodenhagen.

In Leipzig, a koala bear named Oobi-Ooobi chose a eucalyptus branch from a glass marked with the German flag.

Nelly correctly predicted Germany's opening win against Ukraine. Her furry colleague, however, predicted a draw by refusing to touch either branch.

The craze for animal oracles started in earnest with Germany's Paul the Octopus, who achieved cult status by correctly predicting eight matches at the 2010 World Cup. Other animals have struggled to achieve comparable stardom.