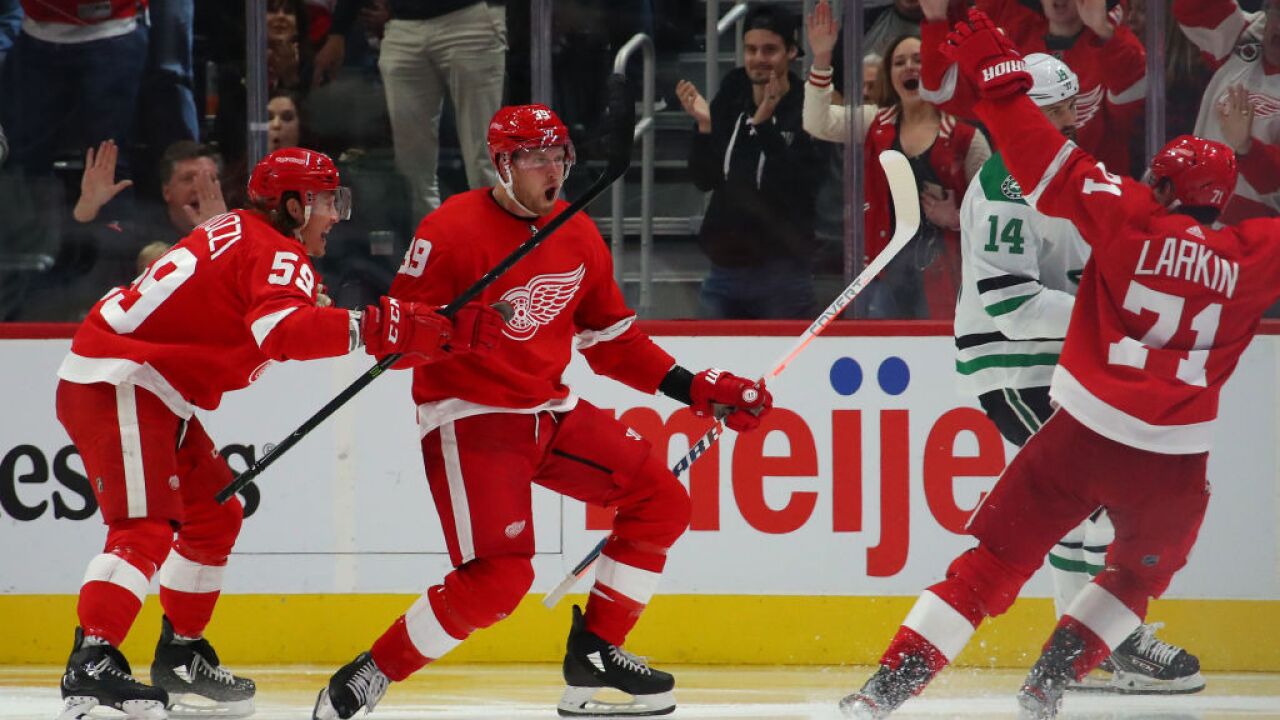 NEW YORK (WXYZ) — Detroit Red Wings forward Anthony Mantha has been named the NHL's second star of the week for the first week of the season.

Mantha racked up eight points in just two games, including a four-goal game on Sunday night in the Red Wings' 4-3 win over the Dallas Stars.

On Saturday, he had a goal and two assists in the team's 5-3 win over Nashville.

Mantha is the second player in Red Wings history to register four or more goals in the team's home opener, joining John Sorrell in 1933.