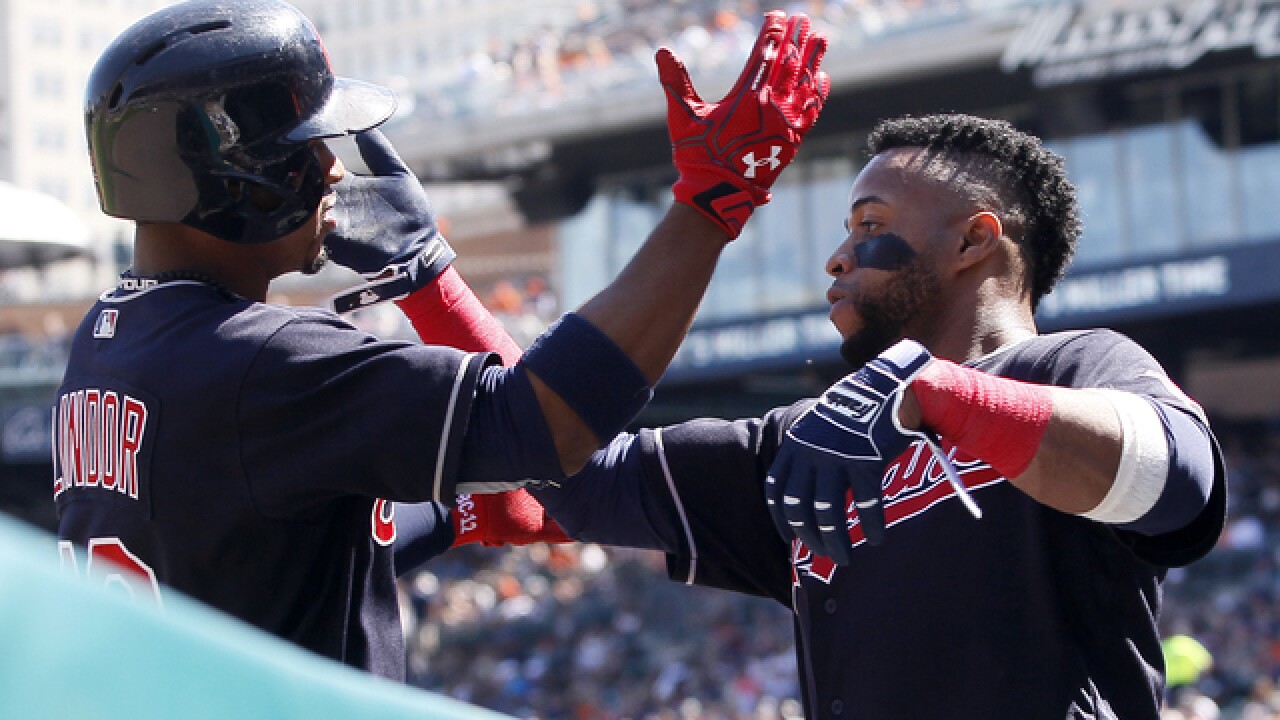 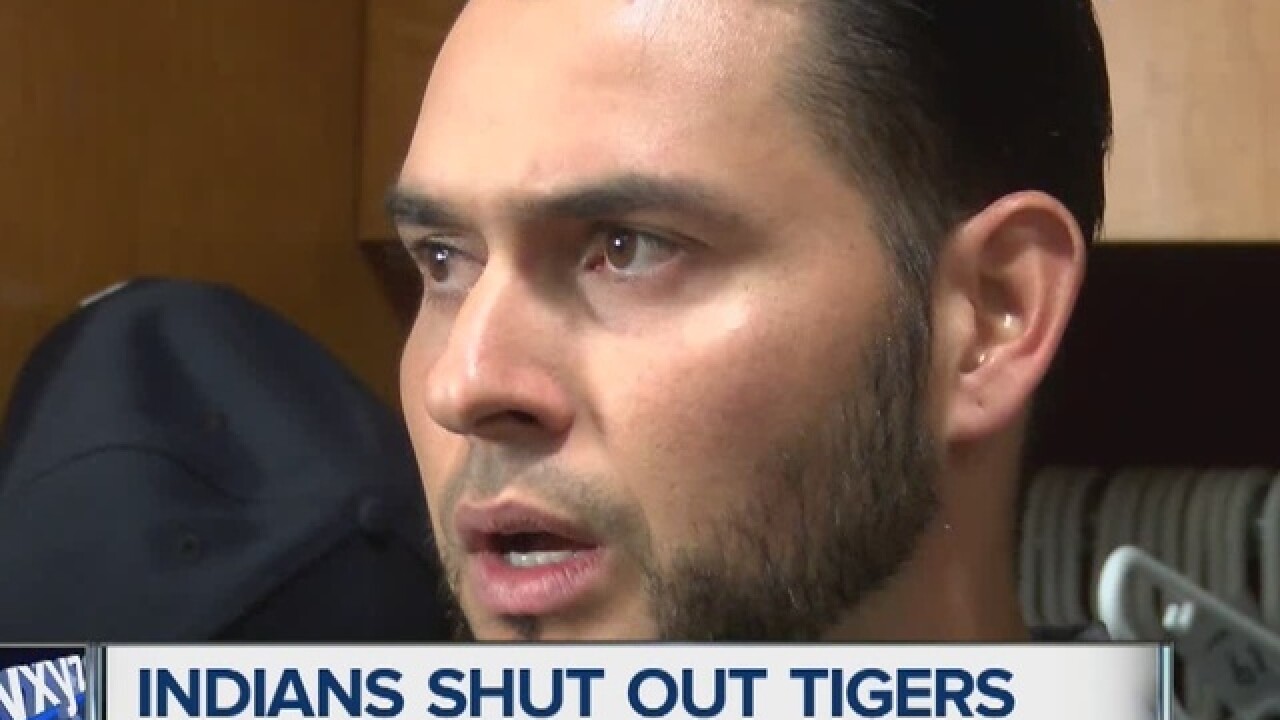 DETROIT (AP) -- Anibal Sanchez's return to the rotation looked a lot like his starts from before he was demoted.
The Detroit Tigers hope he's at least moving in the right direction.
Sanchez allowed four runs in five innings, and the Tigers lost again to the Cleveland Indians 6-0 on Saturday. Sanchez allowed two home runs in the first inning, but he did retire the Indians in order in the fourth and fifth before coming out of the game.
"He got a couple pitches up early, and they hit him, but I was encouraged by the way he responded," Detroit manager Brad Ausmus said. "He finished with some nice innings."
Francisco Lindor homered twice and Carlos Carrasco pitched a four-hitter for Cleveland, which has won eight straight. The Indians also improved to 8-0 against the Tigers this year, outscoring them 51-17.
Carrasco (3-2) struck out seven and walked one. He threw a season-high 117 pitches in his first shutout of the year.
Sanchez (4-8) made his first start since May 31 after being demoted to the bullpen for a bit. He allowed five hits, walked two and struck out three.
"I tried to pitch backward in the first inning and use my offspeed pitches to set things up, but they were waiting on them, so it didn't work," Sanchez said. "My fastball was good and my location was good. I just tried to pitch backward and they were waiting on my slow pitches. In my next start, I will have a different strategy."
Carlos Santana led off the first with his 16th homer of the season, hitting the second pitch of the game down the right-field line. Lindor's homer one out later cleared the wall in the same area near the foul pole.
Rajai Davis made it 3-0 with an RBI single in the second, and Sanchez allowed another run in the third before finishing his outing on a more encouraging note.
Lindor's second homer came in the eighth -- again down the line in right. He now has 10 home runs on the season.
Yan Gomes hit a solo shot in the ninth.
Carrasco never allowed more than one baserunner in an inning, and he retired 11 in a row before Miguel Cabrera's one-out single in the ninth.
"Right from the get-go, right from the first inning, he's throwing 92-93 mile an hour split," said Gomes, Cleveland's catcher. "He gained his confidence early in the ballgame."
IN A RUT
In the sixth and seventh innings, all six Detroit hitters grounded out to third baseman Jose Ramirez.
BACK IN A GROOVE
Carrasco missed over a month because of a left hamstring strain before returning June 2. This was his fifth start back.
"I feel strong. I start doing my shoulder exercise," he said. "It took me three starts to get back my normal routine."
Carrasco's longest previous start this year was eight innings on April 13.
TRAINER'S ROOM
Indians: 2B Jason Kipnis left the game in the seventh with what was announced as an illness. ... RHP Craig Stammen (right forearm surgery) started for the Arizona League Indians on Friday, pitching one inning.
Tigers: OF Steven Moya (knee) did not play.
UP NEXT
Indians: Josh Tomlin (8-1) takes the mound Sunday when Cleveland tries for a three-game sweep against the Tigers. The right-hander has allowed only seven walks this season.
Tigers: Justin Verlander (7-5) tries for his 12th quality start of the year. He's struck out 69 in 65 1/3 innings since May 8, and opponents are hitting .190 off him in that span.
Copyright 2016 The Associated Press. All rights reserved. This material may not be published, broadcast, rewritten or redistributed.