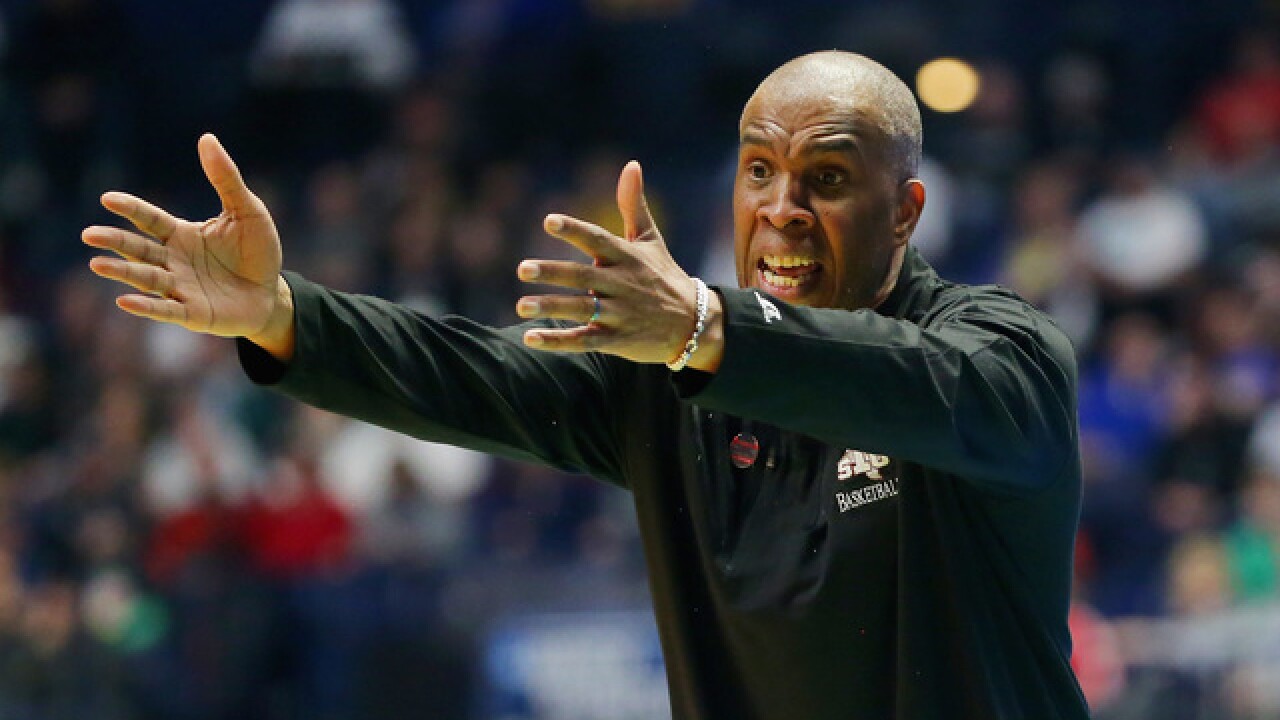 Copyright Getty Images
Frederick Breedon
<p>NASHVILLE, TN - MARCH 16: Head coach Mike Davis of the Texas Southern Tigers reacts against the Xavier Musketeers during the game in the first round of the 2018 NCAA Men's Basketball Tournament at Bridgestone Arena on March 16, 2018 in Nashville, Tennessee. (Photo by Frederick Breedon/Getty Images)</p>

DETROIT (WXYZ) -- Detroit Mercy is hiring Mike Davis as its new men's basketball coach, according to a report from ESPN's Jeff Goodman.

Davis spent the past six seasons as head coach at Texas Southern, compiling a 115-89 record (including four NCAA Tournament appearances) during that time.

Prior to Texas Southern, Davis spent six seasons (2006-2012) as head coach at UAB and six seasons (2000-2006) before that at Indiana, where he succeeded Bob Knight. Davis led the Hoosiers to the 2002 National Championship game, where they lost to Maryland.