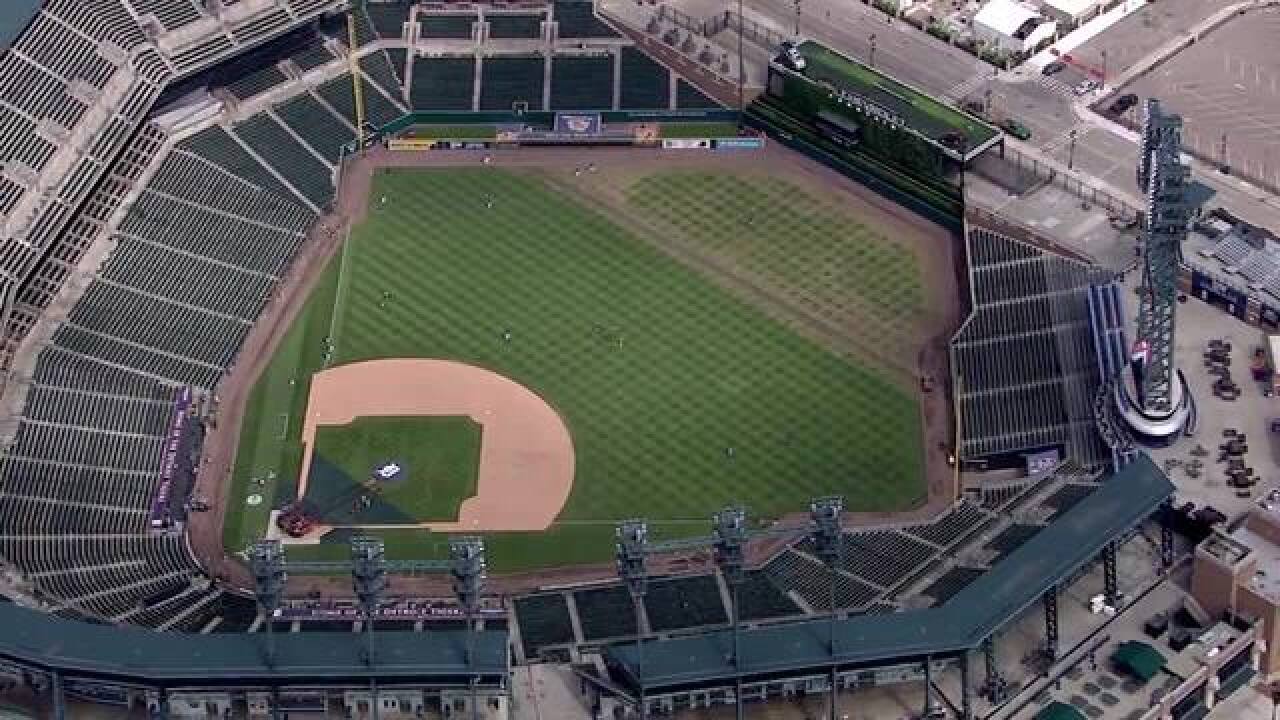 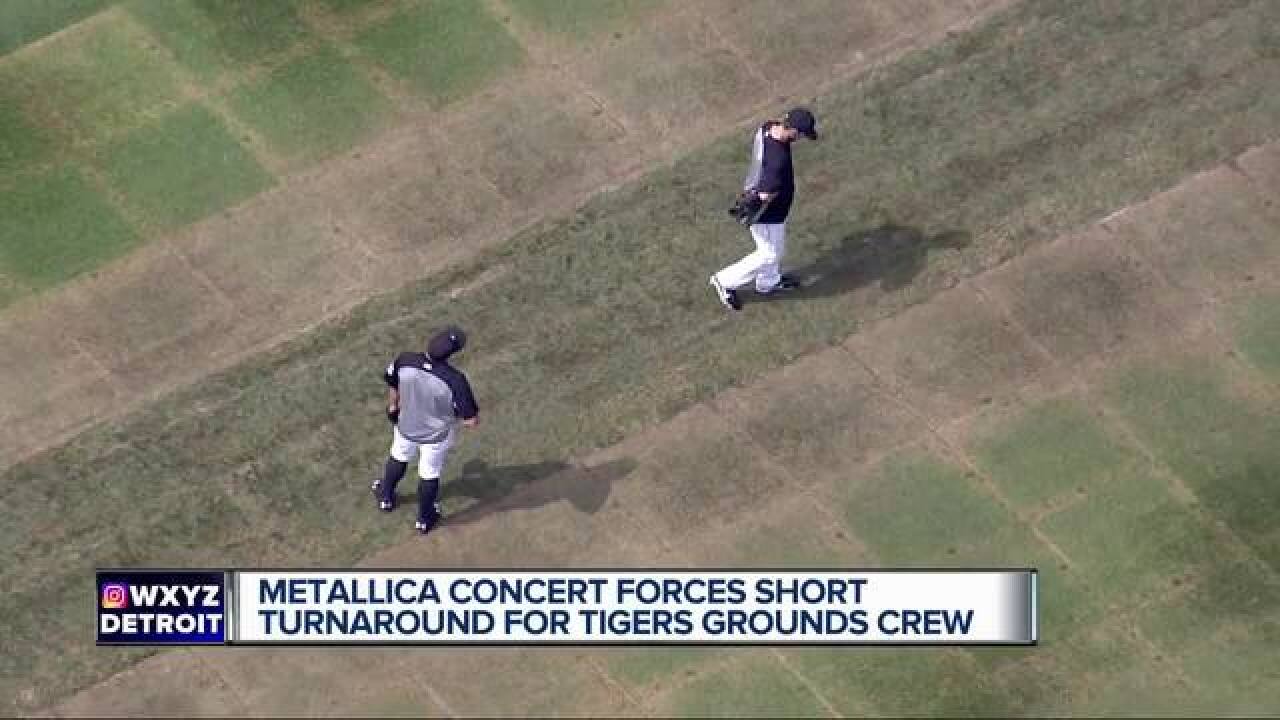 Tens of thousands of fans packed Comerica Park for the Metallica concert on Wednesday night while the Detroit Tigers were on the All-Star break.

Despite the threat of rain, the concert went off without a hitch, but did leave quite the mark on Comerica Park.

Chopper 7 was over the scene on Friday afternoon which showed the outfield, specifically the center field area, damaged from where the stage is.

The Tigers take on the Toronto Blue Jays for a weekend series beginning Friday night.

The player were seen on the field about three hours before game doing warm ups and also testing the grass. It's expected the games will still go on.