Dwane Casey on Andre Drummond, Pistons: 'We all have to decide what's important' 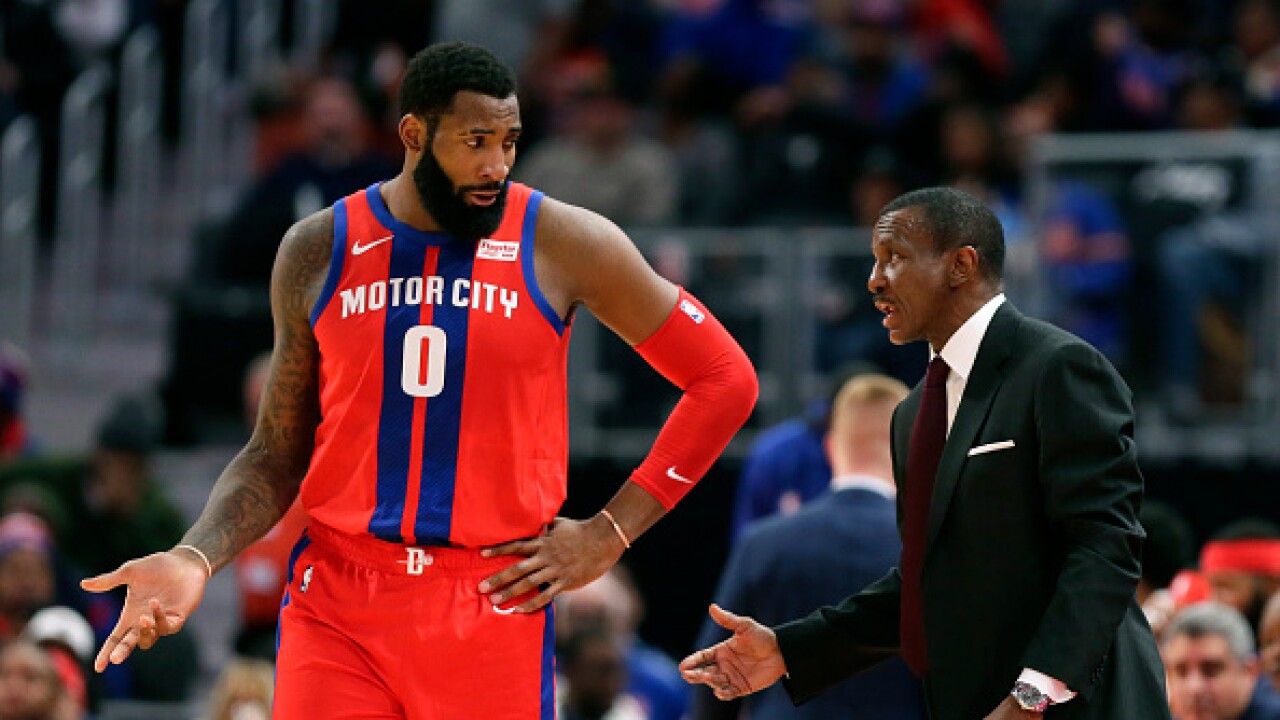 Duane Burleson/Getty Images
DETROIT, MI - NOVEMBER 29: Andre Drummond #0 of the Detroit Pistons talks with head coach Dwane Casey during the second half of a game against the Charlotte Hornets at Little Caesars Arena on November 29, 2019, in Detroit, Michigan. Charlotte defeated Detroit 110-107. NOTE TO USER: User expressly acknowledges and agrees that, by downloading and or using this photograph, User is consenting to the terms and conditions of the Getty Images License Agreement. (Photo by Duane Burleson/Getty Images)

DETROIT — Dwane Casey talked Tuesday about benching Andre Drummond in the fourth quarter and OT of the Pistons loss to the Pelicans.

"We all have to decide what's important, and if it's important to compete. Not only just Andre. It's everybody," he said.

Dwane Casey talked about benching Andre Drummond in the fourth quarter and OT.

"We all have to decide what's important, and if it's important to compete. Not only just Andre. It's everybody," he said. pic.twitter.com/yob26K0tcN

Casey made it clear, his message wasn't just for Drummond. As the trade deadline approaches, Drummond's name continues to be discussed in trade speculation.

He shared one note about his conversation with the team recently, leading up to the trade deadline.

"Every player I've been with: Dirk Nowitzki, Gary Payton, Shawn Kemp, everybody's been in a rumor. So we get excited, 'Oh!' No. It could happen, it could not happen, but we still have a job to do," Casey said.

Drummond has a player option on his contract for next season. He's said he would like to explore free agency, but recently told reporters he would like to finish what he started in Detroit.

Reports have surfaced tying the Hawks, Mavericks, and Knicks to interest in Drummond over the last month.

"If you're in this league long enough, and you're productive, and you're a good player, there's a pretty good chance your name is probably gonna be in the trade rumors," Casey added.