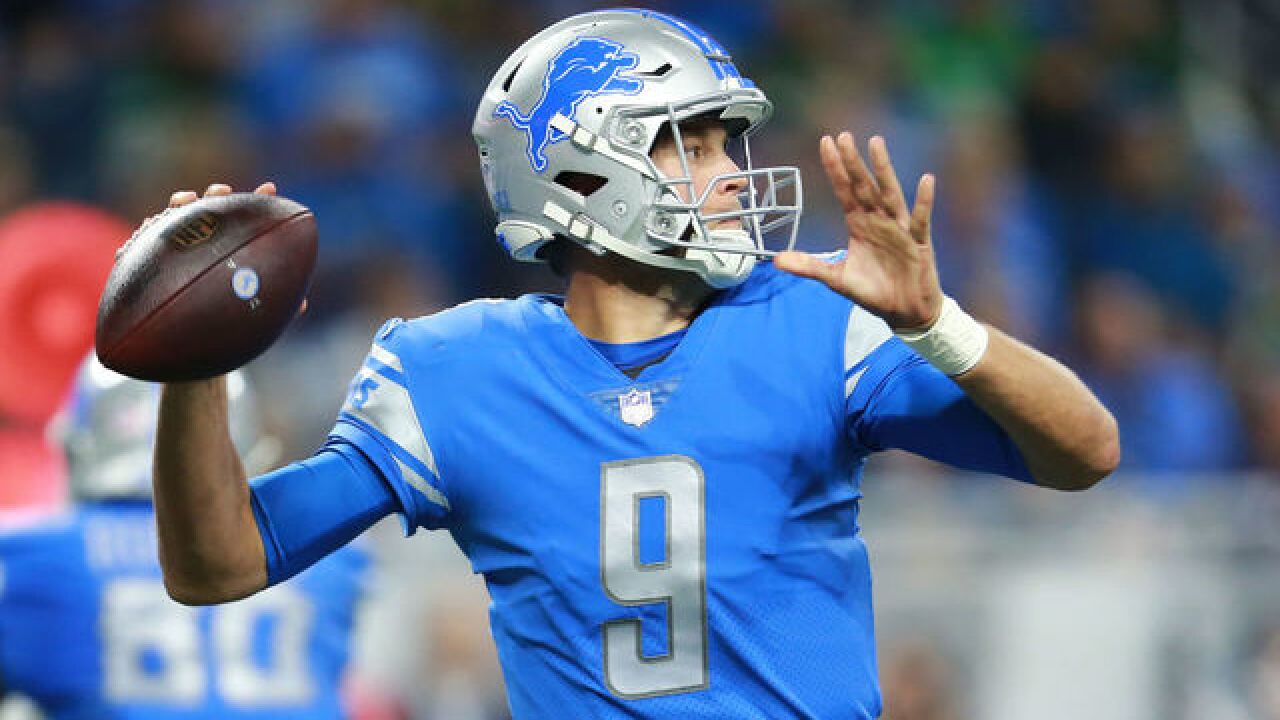 Image copyright 2018 Getty Images. All rights reserved. This material may not be published, broadcast, rewritten, or redistributed.
Rey Del Rio
<p>DETROIT, MI - SEPTEMBER 10: Matthew Stafford #9 of the Detroit Lions drops back to throw a pass in the first quarter against the New York Jets at Ford Field on September 10, 2018 in Detroit, Michigan. (Photo by Rey Del Rio/Getty Images)</p>

Matthew Stafford said he'll miss his friend, Golden Tate. But he expects multiple teammates to step up for the Lions after the trade.

"I don’t think it’s one man’s job to step in. Just like what you were talking about earlier, losing Calvin, it wasn’t one person’s job to come in here and try and duplicate what he does," Stafford said on Thursday.

The Lions traded Tate to the Eagles for a third round pick on Tuesday.

"Golden was a really good player for us, a really good friend of mine, the whole thing. Have a ton of respect for him, I know the Eagles are getting a good player...but at the same time, I think it’s just on everybody. We have a lot weapons," Stafford added.