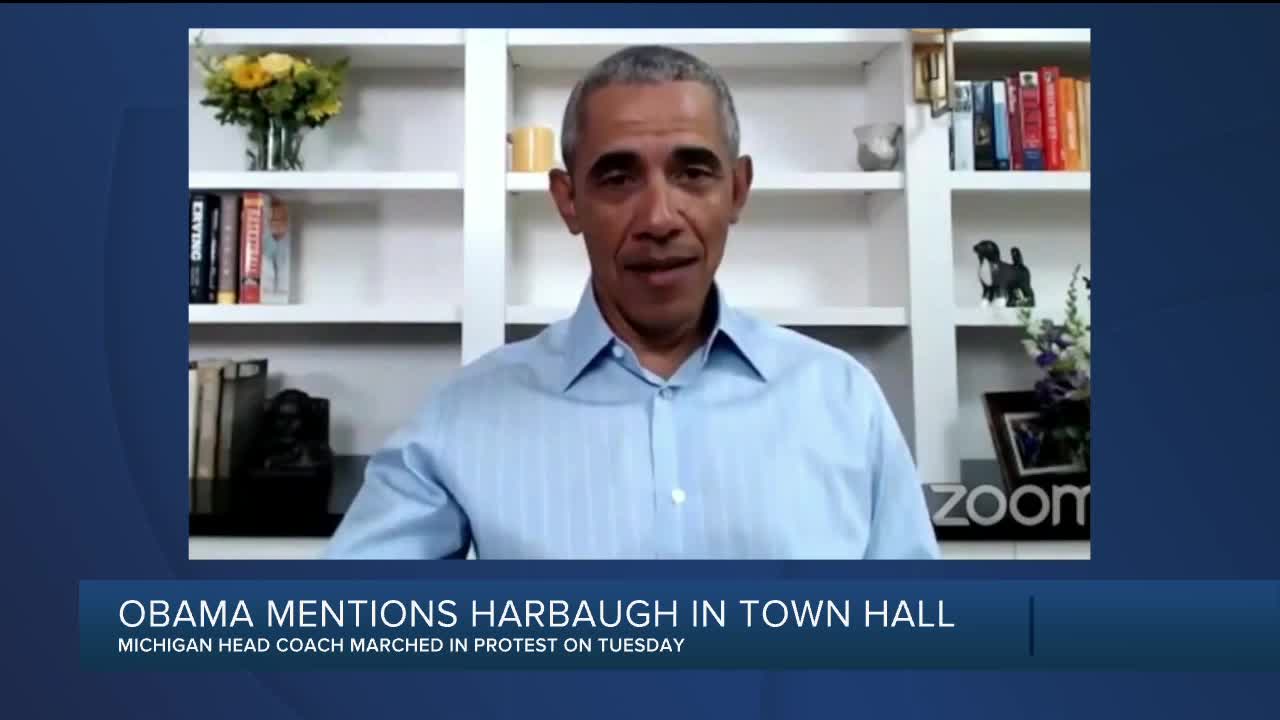 President Barack Obama says Jim Harbaugh has "been on the right side of this issue." Brad Galli has more. 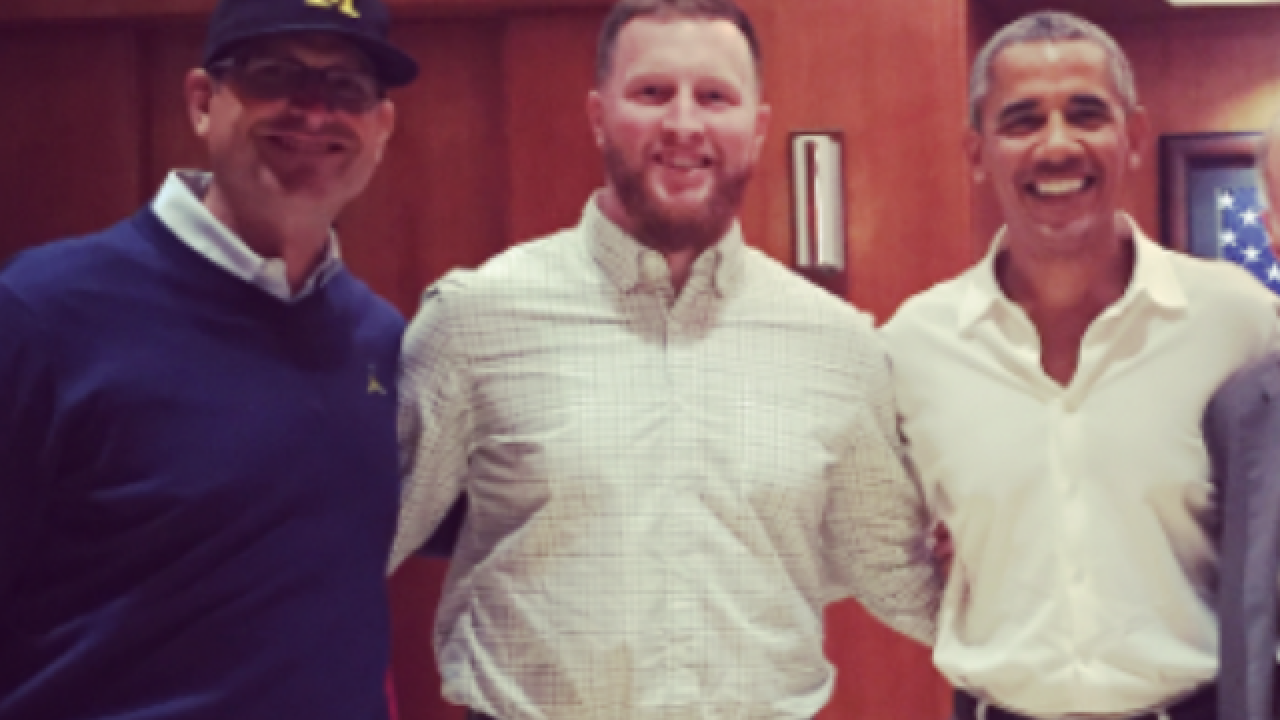 Obama made a remark about Michigan head coach Jim Harbaugh, who marched Tuesday in a protest in Ann Arbor.

"You got Jim Harbaugh, the coach of Michigan football, marching today. That's not something that was happening five, six years ago. Although Jim I know, and he's been on the right side of this issue for quite some time," Obama said.

In 2016, Harbaugh was part of a group of Wolverines coaches invited to meet then President Obama at a Hillary Clinton rally on the Ann Arbor campus.

"The president and the first lady both were as gracious as they could be," he said in 2017. "They worked very hard to try to come. They're not going to be able to unfortunately make it this year."