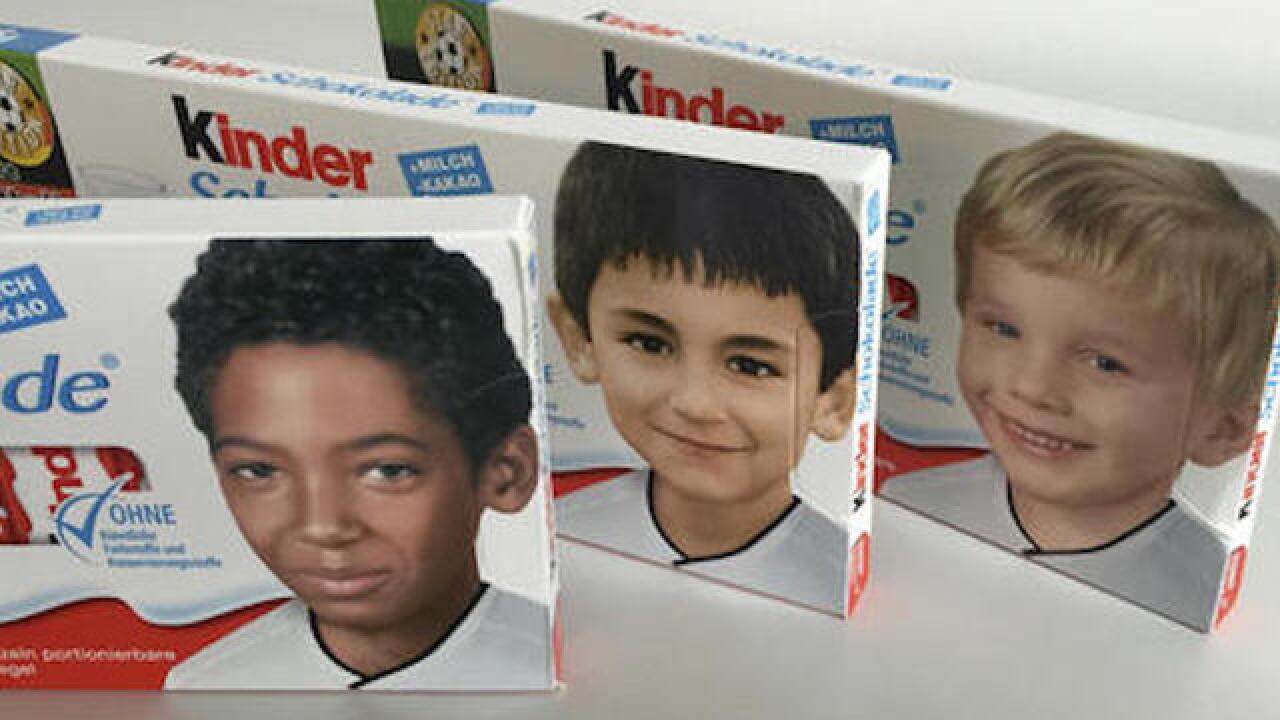 Copyright Associated Press
Ferdinand Ostrop
<p>Packages of a popular chocolate bar with childhood pictures of German national soccer players, from left, Jerome Boateng, Ilkay Gundogan and Polish born Lukas Podolski are arranged on a table for a photograph in Berlin Wednesday, May 25, 2016. Candymaker Ferrero swapped the usual blond boy on its 'Kinder' bars ahead of this summer's European Championships for photos of German players as children and prompted online outrage among Germany's far right. (AP Photo/Ferdinand Ostrop)</p>

BERLIN (AP) — Photos of Germany's national soccer team on a popular chocolate bar have prompted online outrage among Germany's far right because they include childhood pictures of some players of migrant origin.

Candymaker Ferrero swapped the usual blond boy on its 'Kinder' bars ahead of this summer's European Championships for photos of the German soccer players as children. Among them are Jerome Boateng, whose father is from Ghana, and Ilkay Gundogan, whose parents are Turkish.

A regional branch of the anti-Islam PEGIDA movement asked on Facebook "Is this a joke?" Other commenters expressed outrage Wednesday and threatened boycotts. One suggested the photos were previews of "future terrorists" before the page was taken down.

Tommy Frenck, the owner of a restaurant catering to the far right in the German state of Thuringia, said on Facebook that the pictures "make it very easy give up chocolate" and urged a boycott "until marketing bosses have come to their senses."

The German satire magazine Titanic was quick to react, posting a "PEGIDA-Edition" spoof of the chocolate bars sporting childhood photos of Adolf Hitler and Anders Behring Breivik, the far-right Norwegian man who killed 77 people in a 2011 rampage.

Ferrero, which is based in Italy, said on its Facebook site devoted to the German 'Kinder' bars that it was against "any form of hatred of foreigners or discrimination."

"We also don't accept or tolerate this in our Facebook communities," the company said.