Franzen: one more hit and "that's probably it" 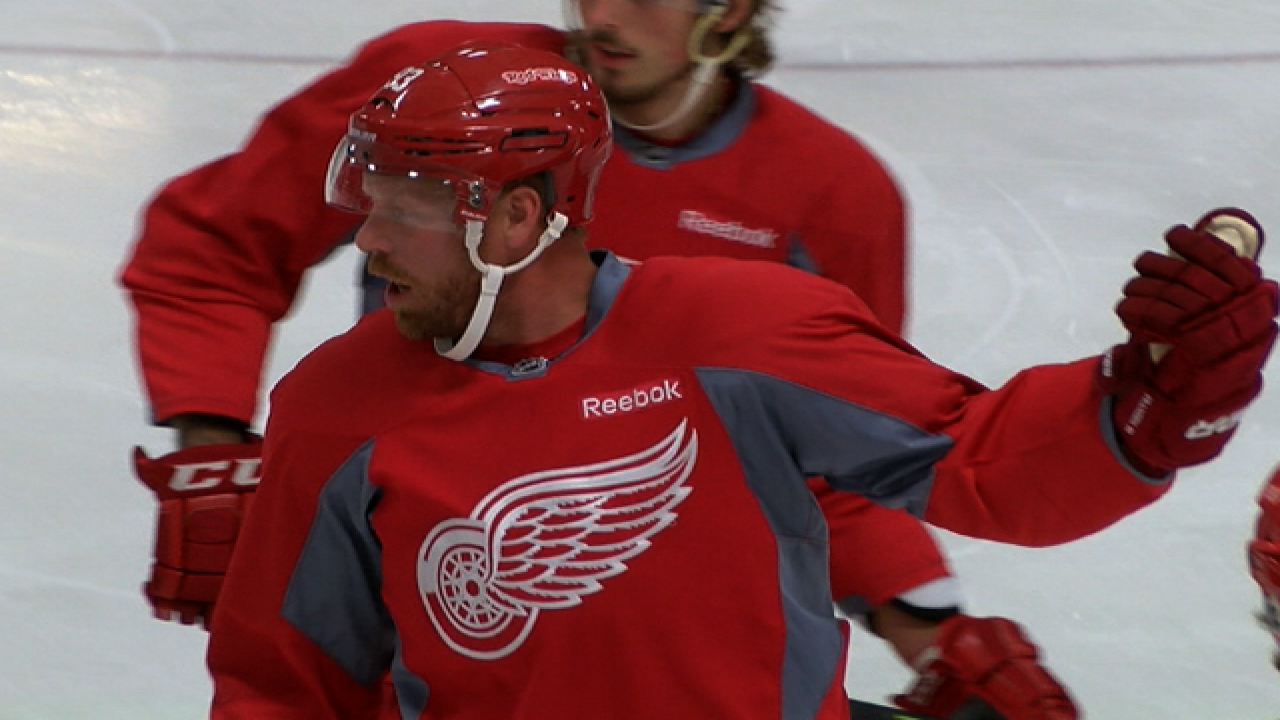 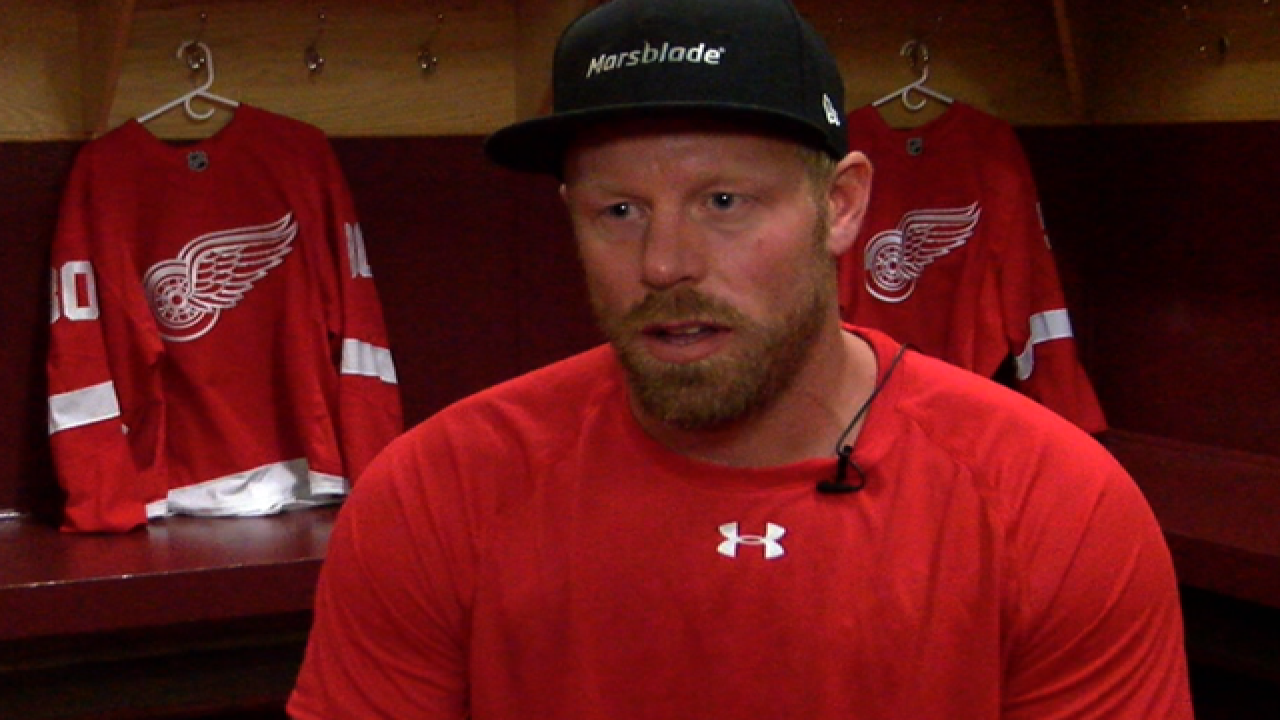 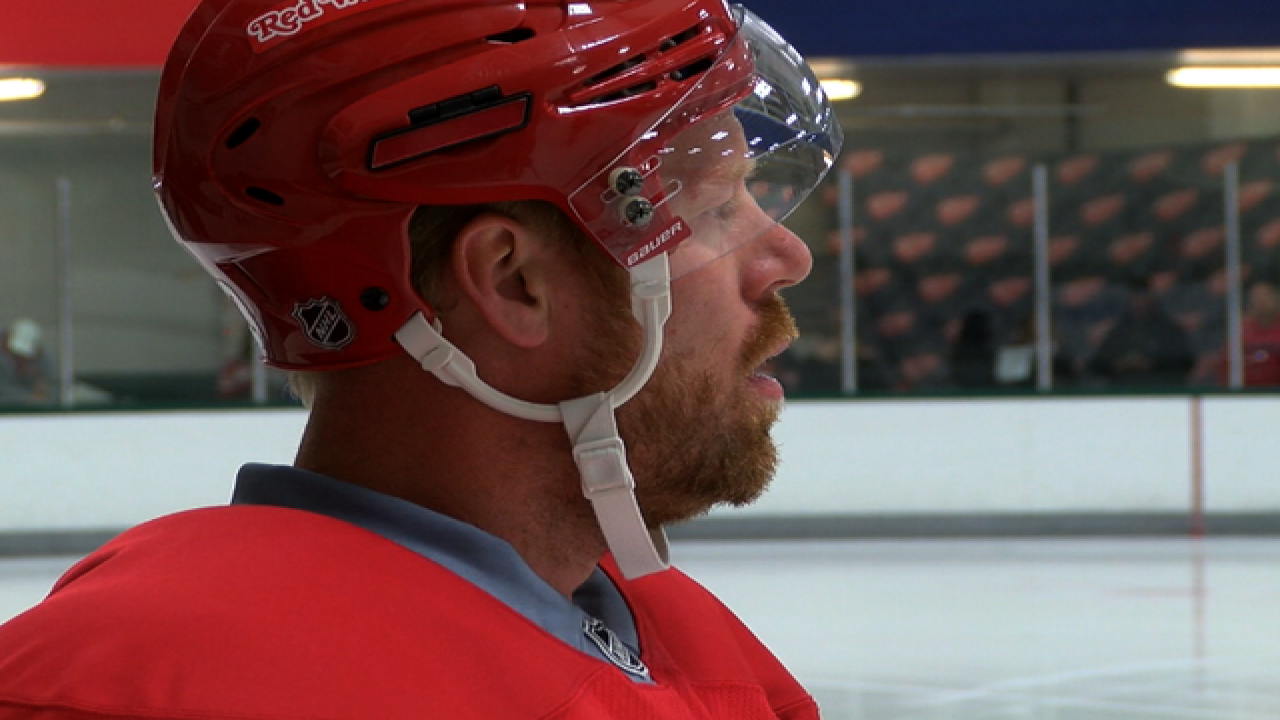 Red Wings forward Johan Franzen said he won't put his family members through the eight months of agony they experienced since his last concussion in January.

"If I would get a really bad hit again and I would feel the same way again, that's probably it," Franzen said on a late afternoon during training camp in Traverse City, Michigan.

One more hit to the head, and the 35-year old Swede says he'll say goodbye to hockey.

Franzen discussed his nerves as he returns to hockey, in a conversation we had before the team's last day of camp.

WATCH THE INTERVIEW IN THE VIDEO PLAYER ABOVE

"Oh, I'm gonna be nervous. It's gonna be so nervous," he said of his upcoming preseason debut. "But it's gonna be great too."

The Red Wings have been without Franzen since January 6, when he suffered his latest concussion in a game against the Edmonton Oilers.

He was cleared to rejoin the team for games earlier this month by Dr. Jeffrey Kutcher, the director of the University of Michigan's Neurosport Program.

That clearance came just days after he told reporters his head "shuts down," after workouts. Franzen said he's been feeling better, and has been getting outside help with nutrition.

When I asked Franzen about the notion of his head shutting down being a red flag for returning to NHL competition, he said things have improved.

"It's not like it turns completely off. It's not a switch like that, but it gets low. Really low."

Franzen said his doctor told him another head injury wouldn't worsen his condition, "it might be the same," and he said he "might have some issues."

During Detroit's playoff series last season, he thought he was close to returning to the lineup. Ultimately, he never played in the series, and suffered through more difficult times.

How bad did it get?

"I don't want to get lower than that ever again. It was tough. It was really important to have family around and the kids, too," he recalled.

"Getting to see (my) kids, and play with them: that was the only light part of my life at that time."

Those comments leave a lot of people to wonder why it would be worth it for Franzen to push so hard to play a game that may put his health in seriously harmful situations every night.

His teammates say they trust his doctor's word, and they're happy to see "The Old Johan" around the rink again.

"Getting back and feeling good about yourself, it's awesome," he said with a smile. "I feel like I'm 12. Not physically, but mentally."