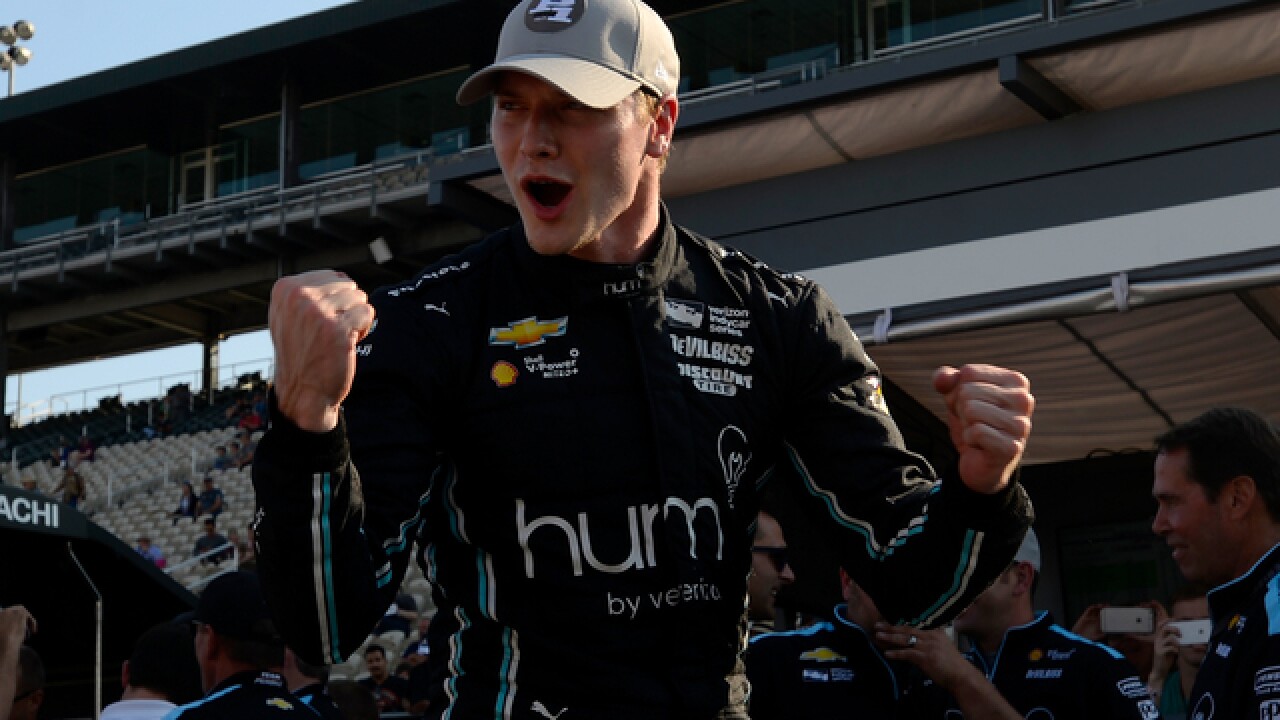 Newgarden was taking fan questions on Twitter, and was asked by one fan if he thought Forrest Gump or Golden Tate was a better ping-pong player.

"I would say Forrest Gump, obviously," said Newgarden. "But Golden Tate was very good. He was very good back in high school, so I'd like to challenge him again."

Tate responded by accepting Newgarden's challenge and making a Forrest Gump joke in the process.

Bring it on brotha! I’m out in SD hit me when you are around! Btw I use to bet Forrest Gump boxes of chocolate back in the day.

Newgarden suggested a match-up when he's in town for the Detroit Grand Prix in June.

I like it, let’s make it happen. Could possibly line something up in Detroit when we are in town racing @detroitgp. Practice up, my man. https://t.co/2hBsWLpkc4

As for the Grand Prix staff? They're more than willing to make the proper arrangements.

OH WE WILL MAKE THIS HAPPEN!! Are you in @ShowtimeTate?