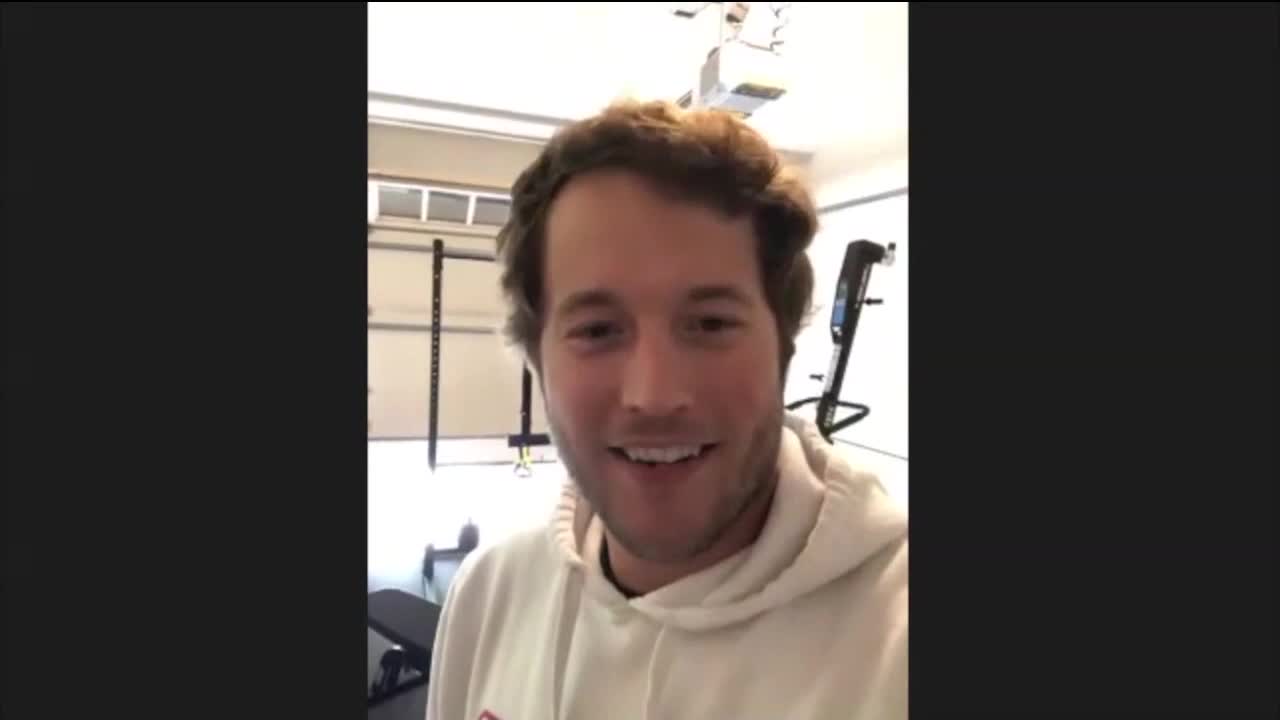 (WXYZ) — Matthew Stafford finished his conference call with reporters on Thursday, but jumped back on 20 minutes later.

He had a message.

Matthew Stafford said the math problem he solved with @TJLang70 was a trick. TJ texted him the answer.

"I just read it off and sell it hard. I guess I deserve a Daytime Emmy." 😂 pic.twitter.com/LeX5iYlVci

"I can't believe you guys fell for the math trick," Stafford said with a smile.

The quarterback's math skills went viral in a clip last month from an interview he did with TJ Lang.

I’ll say it again: @TJLang70 brings out the funniest public side of Stafford. I think this is a carryover bit from ‘Talkin’ With TJ.’ pic.twitter.com/FT8ITur6Lr

Turns out, those skills were the creation of the two former teammates. Lang texted Stafford the number before asking him a big math question.

"I just read it off and sell it hard. I guess I deserve a Daytime Emmy," Stafford laughed.

The bit was actually a repeat performance. Lang hosted a 'Talkin' With TJ' segment when he played for the Lions. Stafford and Lang did the same sort of thing in 2017.