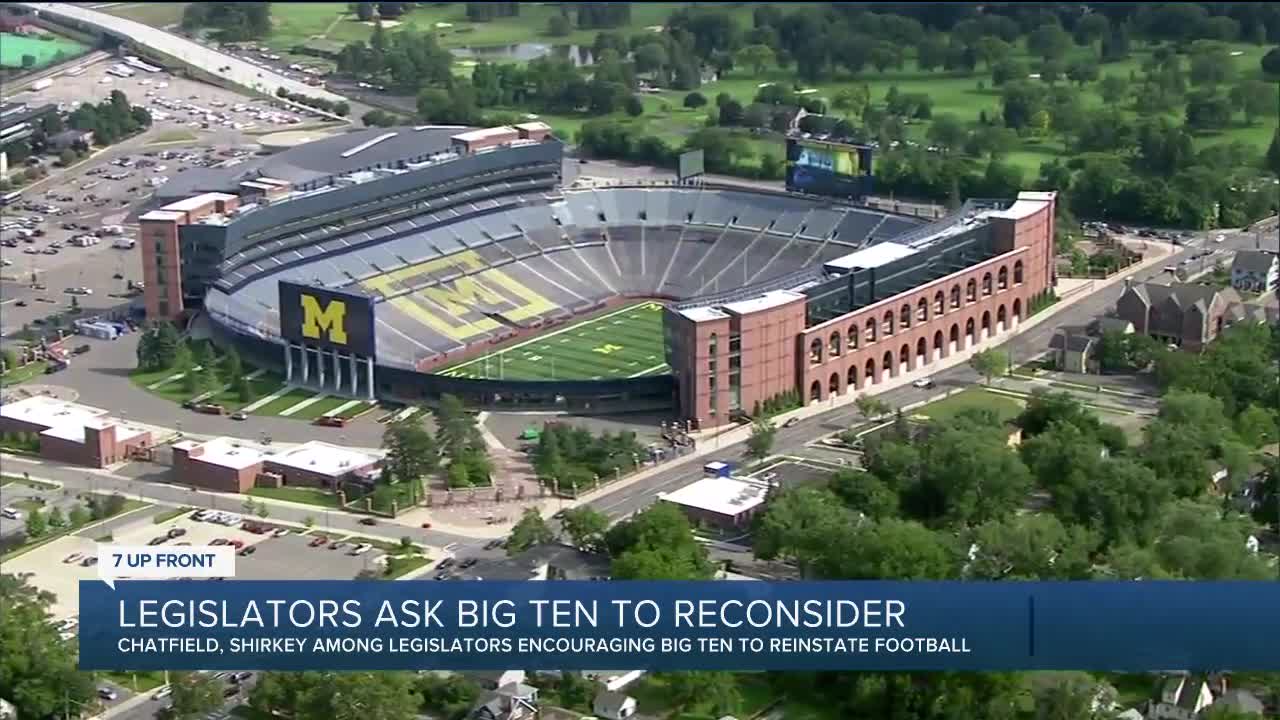 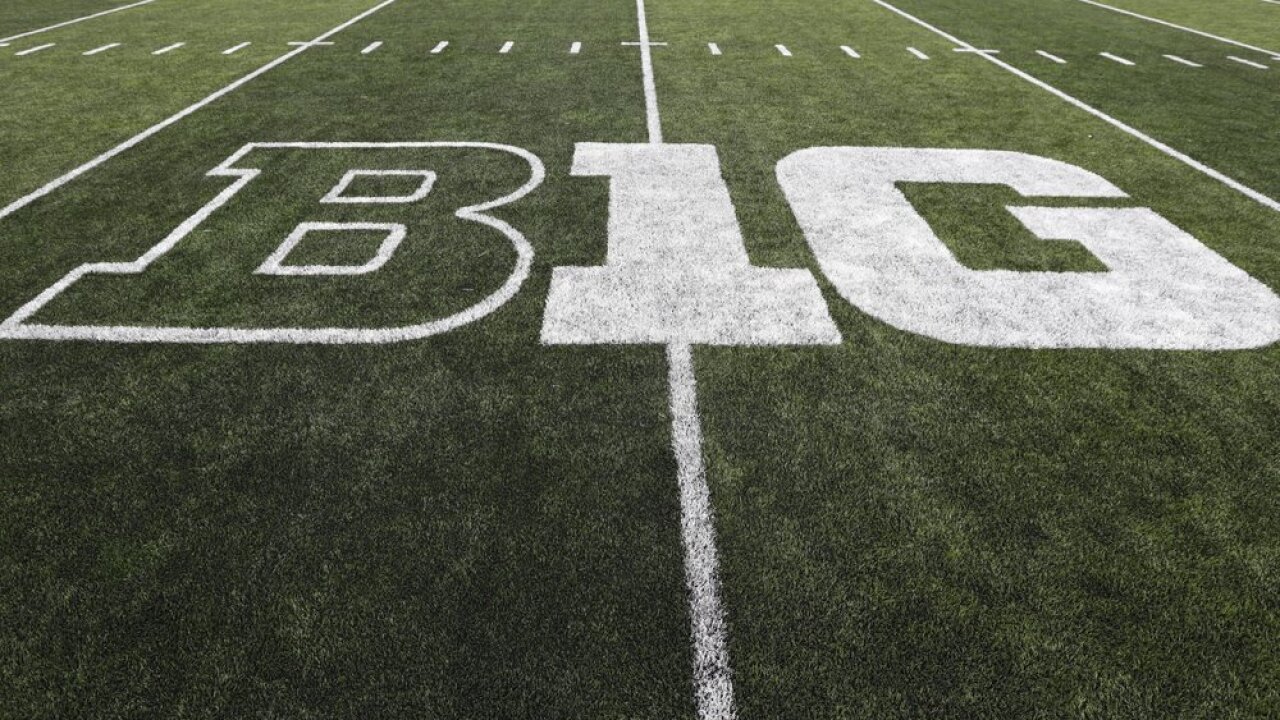 The letter was also signed by legislative leaders in Ohio, Pennsylvania, Minnesota, Wisconsin and Iowa and comes after President Donald Trump has tweeted several times about the conference not playing football.

On Saturday, Trump tweeted, "Big Ten Football is looking really good, but may lose Michigan, Illinois, and Maryland because of those Governors’ ridiculous lack of interest or political support. They will play without them?"

In the letter to Warren, Chatfield and the others write that they have heard from parents and students and said playing football would be in the long-term academic and career interests of the students.

"These athletes are losing a vital part of student life and are becoming less marketable to future employers with each passing week," they wrote. "Additionally, our local universities stand to lose hundreds of millions of dollars that support vital student scholarships."

The legislators also said that the Big Ten programs are leading the way in the country with health and safety protocols.