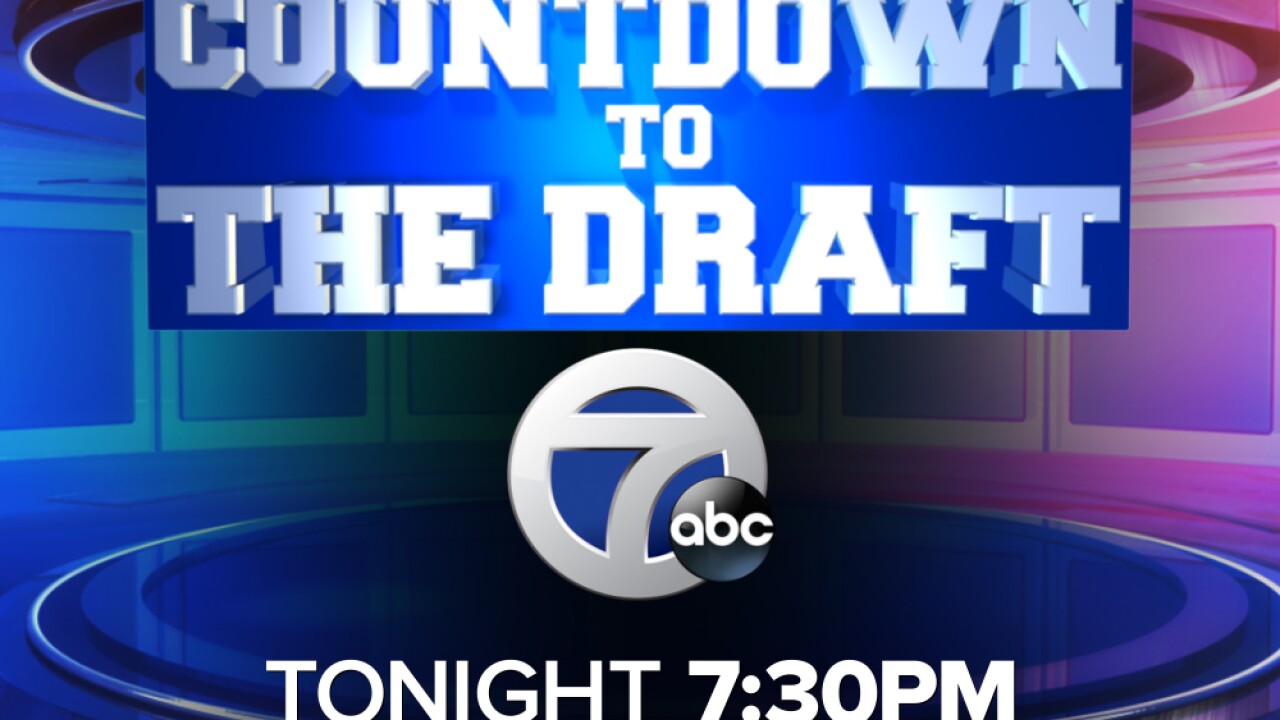 (WXYZ) — The 2019 NFL Draft is right around the corner and Channel 7 is your home for all of the action beginning on Thursday, April 25 and continuing through the weekend.

This year's draft takes place in Nashville and there is a huge party planned along with the draft, and you can watch it all beginning at 8 p.m. on Channel 7. Before that, we'll have a pre-draft show breaking down the Detroit Lions potential pick at No. 8.

Round one will be broadcast on Thursday night, while rounds two and three will take place on Friday at 7 p.m., also on Channel 7, followed by rounds 4-7 at 12 p.m. on Saturday.
Detroit will draft at No. 8, and the Arizona Cardinals will have the first pick in the draft.

Check out the draft order below.