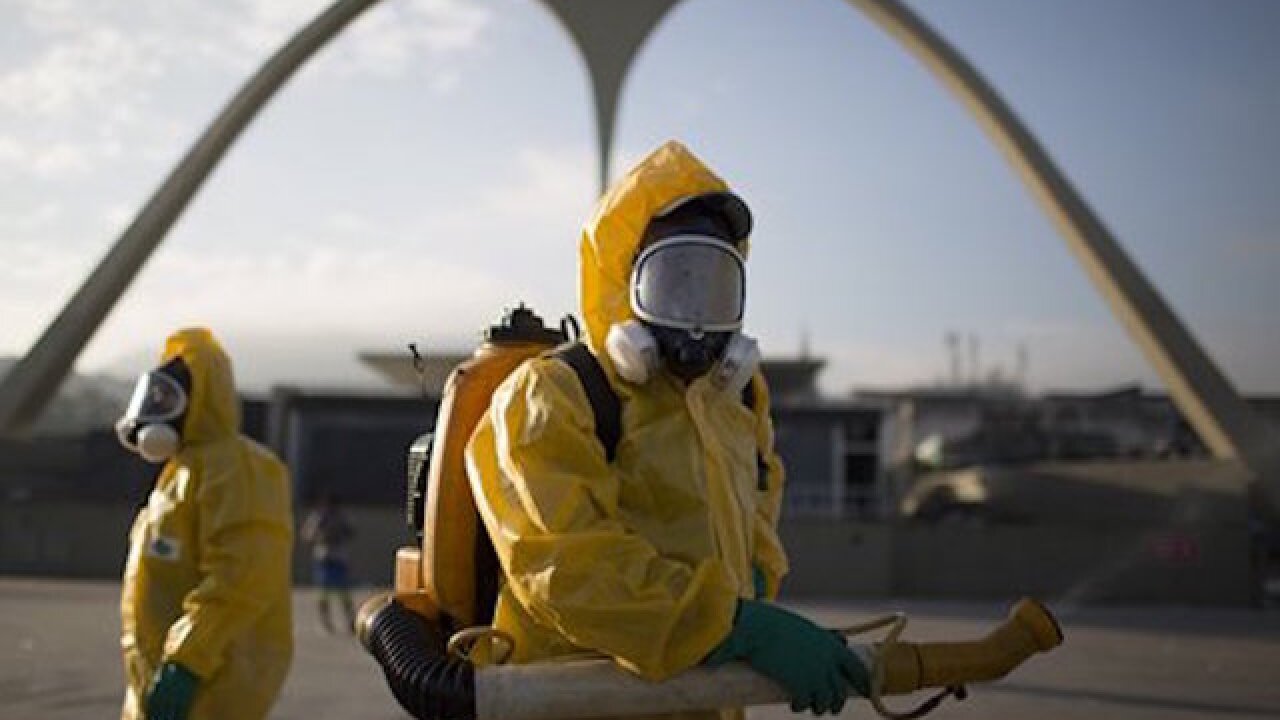 Copyright Associated Press
Leo Correa
<p>In this Tuesday, Jan. 26, 2016 file photo, a health workers stands in the Sambadrome spraying insecticide to combat the Aedes aegypti mosquito that transmits the Zika virus in Rio de Janeiro, Brazil. The Sambadrome will be used for the Archery competition during the 2016 summer games. With the opening ceremony less than three months away, a Canadian professor has called for the Rio Olympics to be postponed or moved because of the Zika outbreak, warning the influx of visitors to Brazil will result in the avoidable birth of malformed babies. (AP Photo/Leo Correa, File)</p>

LONDON (AP) — Jessica Ennis-Hill's coach says the Olympic heptathlon champion is considering missing a training camp in Brazil for British athletes ahead of the Olympics in Rio de Janeiro over fears about the Zika virus.

Toni Minichiello says Ennis-Hill, who gave birth to her first child in 2014, wants to have more children after the Olympics. Zika has now been proven to cause a range of birth defects, including babies born with abnormally small heads.

Britain has scheduled a training camp in Belo Horizonte for most of the country's Olympic athletes for the week before they travel to Rio.

Minichiello says in Friday's edition of British newspaper The Daily Mail that Ennis-Hill is weighing up other options, including going to the United States, staying in her home city of Sheffield, or heading to another location in Europe.